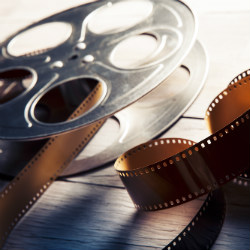 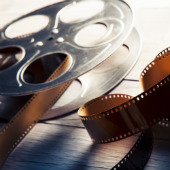 In what’s being called a landmark case in the ongoing battle between pirates and big media companies, the Federal Court on Tuesday ordered six ISPs to fork over 4726 unique IP addresses.

The Hollywood studio that won the court case said that the 2013 film was shared by those IP addresses via BitTorrent, a peer-to-peer file transfer protocol for sharing large amounts of data over the internet.

They’ve been ordered to hand over contact information of those who allegedly committed the copyright breach by seeding the movie.

According to News.com.au, Voltage – the parent company of Dallas Buyers Club LLC – tracked down the alleged file sharers by using technology that detects and retraces copyright infringement.

The software used to unmask the infringers is called “Maverick Monitor”.

According to ZDNet, anyone sharing the film, even just a few kilobytes, may well have have been identified by the software.

I am comfortably satisfied that the downloading of a sliver of the film from a single IP address provides strong circumstantial evidence that the end user was infringing the copyright in the film.

When the case was heard in February, the ISPs objected to the release of customer information, saying that it would constitute a breach of privacy and open the door to what’s known in the US as “speculative invoicing”.

Speculative invoicing is when copyright holders launch court actions or send threatening letters demanding thousands of dollars in punitive fines, over and above what the copyright holder lost out on by somebody illegally downloading a movie.

Justice Perram is well aware of the possibility of speculative invoicing and addressed it in his ruling, which dictates that the customer information be released on the condition that it be used only to recover compensation for the copyright infringement.

He’s going to make sure that alleged infringers don’t get badgered by threatened lawsuits or onerous fees by requiring that he look over the studio’s correspondence before it contacts the identified BitTorrent users.

The BBC quotes the ruling:

I will also impose a condition on the applicants that they are to submit to me a draft of any letter they propose to send to account holders associated with the IP addresses which have been identified.

But that doesn’t necessarily mean that file sharers won’t feel some sting, he said, which is fine by him:

It is not beyond the realm of possibilities that damages of a sufficient size might be awarded under this provision in an appropriately serious case in a bid to deter people from the file-sharing of films.

ZDNet reports that Voltage vice president Michael Wickstrom told the court that the company would be selective about its targeting if it’s allowed to send letters and would likely not go after targets that make the company look bad, such as pensioners, schools, or those in defence.

Online forums such as Slashdot have been abuzz with talk of whether this judgment portends an end to the days of anonymous pirating, and what measures might be taken to get onto BitTorrent in a private way that shields identity.

BitTorrent doesn’t offer anonymity to users. It’s possible to obtain IP addresses of all current and possibly previous participants in a swarm from the tracker, the computer that coordinates file distribution.

Alleged infringers won’t be faced with defending themselves or atoning for their piracy sins any time soon, since it will take some time for the ISPs to find the records – if they in fact still have them.

Also, alleged pirates will be able to challenge whatever claims Voltage makes in its letters. An IP address in one home may be shared with many people, and it’s not clear that a residential address and email address are sufficient to identify who infringed.

It could get tricky tracking down the guilty party, Perram said, though the specific downloaded titles could help:

Of course, it was possible that the account holders might have some insight into who the end user using BitTorrent might have been. In some cases, this might be straightforward, such as in homes with only two occupants having access to the internet connection. In other cases, it might not be too difficult for the account holder to work out who the downloader was. In many homes, the identity of the film may itself provide some insight into the identity of the file sharer.

The audiences for Cinderella and American Sniper would have few common members (hopefully).