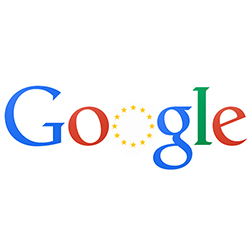 As expected, the European Commission on Wednesday accused Google of abusing its status as the 800-lb. search gorilla and has launched a separate investigation into its Android mobile operating system.

The complaint comes in the form of a Statement of Objections that accuses Google of giving “systematic favourable treatment to its comparison shopping product (currently called ‘Google Shopping’) in its general search results pages.”

Google responded by pointing out that it can’t be responsible for all that much antitrust bad behaviour in the comparison shopping realm, given that online competition is “thriving”.

Companies like Axel Springer, Expedia, TripAdvisor, and Yelp (all vociferous complainants in this process) have alleged that Google’s practice of including our specialized results (Flight Search, Maps, Local results, etc.) in search has significantly harmed their businesses. But their traffic, revenues and profits (as well as the pitch they make to investors) tell a very different story.

He pointed to competitors’ robust market growth and boasts as proof that Google’s not cornering the market, including Yelp’s claim to be the “de facto local search engine” and its 350% revenue growth over the last four years; TripAdvisor, which claims to be the web’s largest travel brand and which has nearly doubled revenues in the last four years; and Expedia, whose revenues have grown more than 67% over the same period. Expedia reportedly told investors that Google’s responsible for part of that growth with its Google Hotel Finder and that it’s “happy to play in any market that Google puts out there and over a long period of time, we have proven an ability to get our fair share in the Google marketplaces.”

“Remarkable,” Singhal remarked, “given their complaints.”

Google also responded to the Android investigation, saying that Android has been a “key player” in the thriving mobile market, where it’s now possible to buy a mobile phone for less than $100 and where “the app ecosystem has exploded, giving consumers more choice than ever before.”

The EC first opened its comparison shopping investigation in November 2010.

The Commission says that one example of how Google discriminates against competitors is by showing Google Shopping more prominently on the screen.

The EC has provided screenshots of how that abuse looks and how Google proposed fixing it.

Last year, Google gave the EC mockups of how its search results looked at the time, as compared with how they’d look if Google presented competitors’ search results to satisfy a proposed settlement.

Two investigations are now underway: one into antitrust issues surrounding comparison shopping, and a separate investigation into Android.

The Android investigation will focus on whether Google has breached EU antitrust rules by hindering development and market access of rival mobile operating systems, apps and services.

On Wednesday, EU Commissioner in charge of competition policy Margrethe Vestage said in the Statement of Objections that now’s the time for Google to convince the EC that the antitrust accusations are wrong:

In the case of Google I am concerned that the company has given an unfair advantage to its own comparison shopping service, in breach of EU antitrust rules. Google now has the opportunity to convince the Commission to the contrary. However, if the investigation confirmed our concerns, Google would have to face the legal consequences and change the way it does business in Europe.

Singhal said, in Google’s rebuttal, that accusations of the company’s having caused “harm” to consumers and competitors because of its dominant position were “wide of the mark”.

Any economist would say that you typically do not see a ton of innovation, new entrants or investment in sectors where competition is stagnating - or dominated by one player. Yet that is exactly what’s happening in our world.

Google has 10 weeks to respond to the comparison shopping antitrust accusations and can also demand a hearing. It says it’s looking forward to discussing details about Android with the EC in coming months.