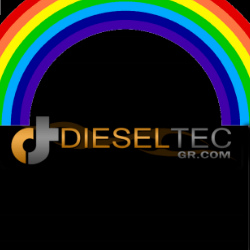 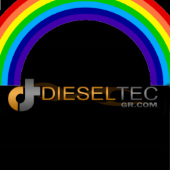 A Facebook post made by the owner of an auto repair shop last week has gone viral, fomented a Yelp rainbow makeover (NSFW), and sparked a peaceful protest at the Michigan shop on Saturday.

The owner of Dieseltec, Brian Klawiter, has since pointed out that he wrote about a lot of things in Tuesday’s post (currently unavailable): gun rights, discounts for customers bringing guns to the shop, entitlement mentality, thievery, immorality, and more.

But what has particularly raised ire is Klawiter’s statement that he’d be fine with refusing service to openly gay people, something which he does have a right to do under Michigan law.

I am a Christian. My company will be run in a way that reflects that. Dishonesty, thievery, immoral behavior, etc. will not be welcomed at MY place of business. (I would not hesitate to refuse service to an openly gay person or persons. Homosexuality is wrong, period. ...)

…along with what many have interpreted as a threat to reassemble gay people’s cars in a shoddy manner:

If you want to argue this fact with me then I will put your vehicle together with all bolts and no nuts and you can see how that works.

For what it’s worth, Klawiter went on to say that he hadn’t threatened to put anybody’s car together incorrectly.

Rather, he said, it was meant as a metaphor (all quotations are sic):

I never threatened to intentionally put someones vehicle together wrong, use you sense, (although it may not have been the best way to elaborate) You need a bolt and a nut to hold something together, two bolts can not, and two nuts can not, you must have one of each, a male and a female. Get it now?

Yelp reviewers soon festooned Dieseltec’s page with pictures of a unicorn beaming out hearts to President Obama, a rainbow or two, religious images, and men engaged in intimate moments.

Along with the imagery, a flood of one-star reviews have been written by people who presumably haven’t actually been to the shop and just wanted to slam the business because of its owner’s Facebook post.

This is only the latest skirmish in a US cultural war over gay rights that has included states passing laws that would let business owners use their religious beliefs to justify denying services to some people.

Backlash has gone, well, back and forth, as businesses such as Dieseltec get trashed online and supporters react by rushing to pour money into them via crowdfunding.

One such is a pizza parlor in Indiana that has received nearly $1 million in funds from sympathetic GoFundMe contributors after telling a local news outlet that it would refuse to cater a gay wedding.

Many of us who support lesbian-gay-bisexual-transgender (LGBT) rights are amused and sympathetic when we see some of the funny comments and pictures posted on Yelp.

But Klawiter claimed in a subsequent Facebook post that comments have also turned sinister, including threats to kill him, his family and his friends, and to burn down the shop and his home.

Whatever we think about someone’s statements and beliefs, it’s unfair to cyber-gang up on people, to leave bogus reviews on a business’s Yelp listing, and to cyberbully them with threats.

It was wrong when Yelp reviewers did it to the NYC restaurant, and it’s just as wrong to do it to an auto shop, regardless of the owner’s beliefs.

Flooding his Yelp page with reviews and his Facebook page with comments has caused Dieseltec’s page to rise into the spotlight.

After all, the first Yelp review it ever received stemmed from all this drama.

Also, as the Huffington Post reports, a GoFundMe page was set up to raise money for Dieseltec, though it was eventually removed.

Let’s all go forth and review, but let’s keep our reviews honest, not vindictive. That means reviewing only those businesses we’ve ever stepped foot in.

And let’s all feel free to add comments to Facebook posts we agree with or deeply disagree with, but please, let’s keep the discourse civil and threat-free.

Cyberbullying is illegal, as it should be, regardless of whether we’re ganging up on an underdog or a pitbull.