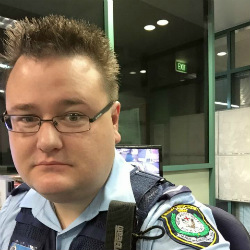 This is the story of a mobile phone that lost its way.

Yes, Bella Crooke’s phone lived the fast life: snapping photos of hard partying and posting them publicly on Facebook for all to see, privacy protection be damned, running fast and loose without strapping on a passcode.

Actually, it was that very lack of passcode that helped to bring the wayward, lost phone back home to its owner’s grateful palm, by way of a selfie taken by the police with Crooke’s phone that was then posted to Crooke’s very own Facebook account. 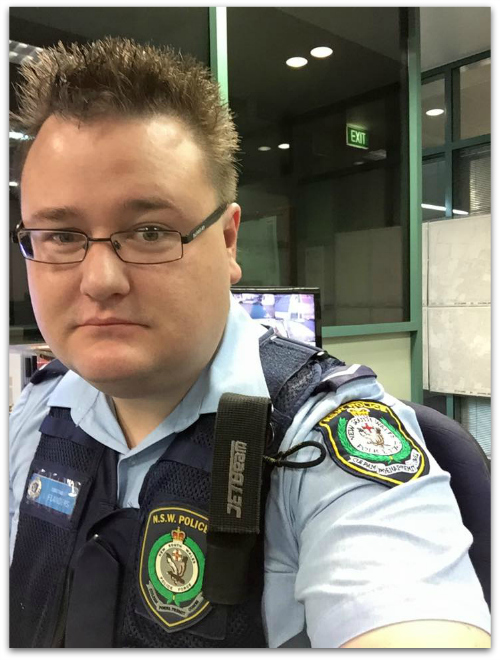 You should probably put a password on your phone. When you are ready to pick it up it will be at Albury police station. [Smiley]

Crooke, of New South Wales, had lost her phone at a friend’s birthday party a week ago Saturday.

As soon as she realized it was gone, she dialed it, she told Daily Mail Australia, which is how it wound up at the police station:

A security guard picked up and said he'd leave it at the police station. I didn't get there until 1pm and had no idea what had been going on.

The police took advantage of the phone’s lack of security and posted a photo of Crooke’s phone having been thrown in jail (the charge was likely flagrant lack of passcode protection, I’d imagine): 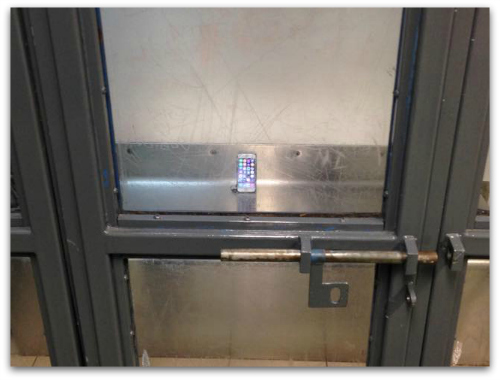 If your [sic] worried about the battery going flat, don't. By the time you pick it up it will be fully 'charged'.

It is a great 'cell' phone.

(I know what you’re thinking: cruel and unusual PUNishment.)

The phone is still here. Ready to be released early for good behaviour. Just waiting on Bella to post bail.

Crooke was oblivious to all the hilarity, but her friends were eating it up, calling this “classic Bella” and lauding the police’s efforts as “epic.”

She got a call around lunchtime a week ago Sunday from a friend who gave her a head’s-up about the Facebook posts and the Daily Mail’s coverage.

Her subsequent “whew!” message (all sic):

I walked in (still dressed like a bogan coppers didn’t ask my name just 'have you seen Facebook?! Haha Legends in blue.

Should she be relieved that she didn’t have a passcode on the phone, enabling the cops to (in the most well-meaning way, I’m sure) utterly breach her privacy and post things to her Facebook page?

Well, maybe she’s relieved, but it would be preferable if in addition to being relieved at getting her phone back, she also learned a few lessons about passcode-protecting her phone and ensuring privacy on her Facebook account.

Naked Security has offered plenty of tips to make your Facebook account safer, and at the top of the list is making sure that only friends can see your profile.

After all, you wouldn’t walk up to a stranger in the street and start telling them all about your life, would you?

You don’t want to hand burglars information about when you’re away from your home on vacation, which is what publicly posting vacation details does, in effect.

Nor would you want to hand your pets’ names to online crooks who could use that information to con you.

Facebook itself has been doing commendable work to make all this privacy-settings stuff easy as pie. It even came out with a little blue dinosaur (nicknamed “Zuckersaurus-Rex” – awwwww!!) to walk us through privacy settings, uber-adorable style.

After Ms. Crooke (hopefully!) locks down her now-wide-open Facebook account, let’s hope she takes the officer’s advice to heart and comes up with a passcode to protect the data on her phone.

We don’t know what the nice New South Wales police checked out on her phone, but they could have looked at anything and everything, from nude selfies to contact information for her friends.

And, according to Ms. Crooke – who doesn’t seem to have minded – the police replied to one of her friends’ texts: 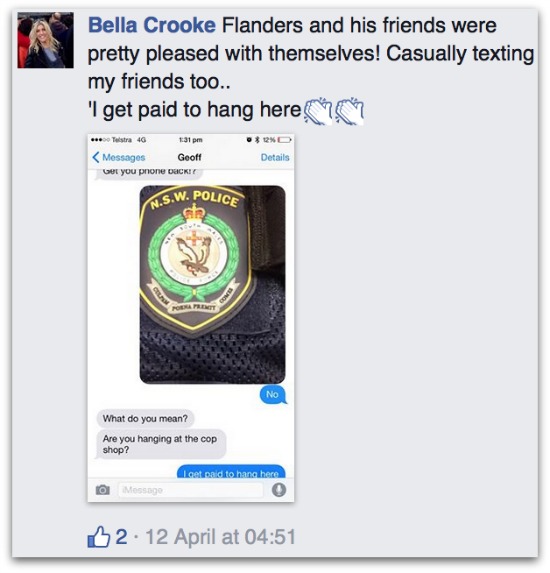 Flanders and his friends were pretty pleased with themselves! Casually texting my friends too..

'I get paid to hang here'

To avoid things like that, secure your phone. It’s foolish not to.

A four-digit PIN is better than using a Swype code – greasy fingerprints give them away too easily! – but using a strong passcode is the ideal phone protection.

Here are 10 more tips for securing your phone.

Hopefully, Ms. Cooke will have locked everything down by the time this article posts.