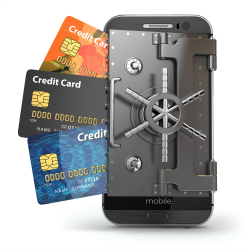 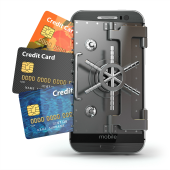 The biometric revolution moved one step closer this week, as Samsung IT services subsidiary Samsung SDS confirmed plans to launch a “simple” mobile payment system using biometric authentication in the very near future.

The Samsung SDS system remains rather hazily defined, but will include at the very least fingerprint authentication, built in to the last few generations of Galaxy devices, and most likely also iris recognition, again already associated with Galaxy hardware.

Initially, access to the service will be limited to users in South Korea, working with local payment gateway providers KG Mobilians and KG Inicis and planned to launch before the end of April, but the announcement also made clear there were plans to roll it out worldwide.

The project is almost certainly connected to the Samsung Pay system announced alongside the recent launch of the technology and engineering behemoth’s latest flagship smartphone, the Galaxy S6, but could well extend much further; Samsung SDS apparently discussed providing its services to a wide range of other hardware manufacturers and service providers.

The Samsung Pay digital wallet and payment system is set to launch in July in South Korea and “sometime this summer” in the US, aiming to take on similar systems from rivals Google and Apple but boasting of superior uptake among merchants and payment providers.

Microsoft, still lagging badly in the smartphone space, continues to leak minor teasers about payment systems in future devices running Windows 10, but the market share already grabbed by Samsung makes its activities in the area much more significant.

With the South Korean giant apparently keen to collaborate with other device makers in the biometrics space, the way could be open to all sorts of manufacturers to get a piece of the action, making a future where we pay for everything using digital hardware rather than cash or plastic a very real possibility.

The “SOMA” client and server systems from Samsung SDS are already certified by FIDO, the cross-industry group pushing for better authentication methods, which the firm signed up to almost exactly a year ago, earning an immediate board seat.

The substantial weight of the FIDO group and its existing specifications for universal biometric authentication standards, combined with ever-growing interest from both banks and technology providers, seems to suggest we’re not too far away from doing away with not only passwords but even older identifiers such as signatures and plastic payment cards.

Again, Microsoft seems to be a little off the pace here, with the biometric components of the upcoming Windows 10 apparently requiring some tweaks to the current specs and aiming to fit better into a future version.

FIDO member PayPal has also been beating the drum for biometrics, with the payment go-between firm’s Head of Global Developer Advocacy Jonathan LeBlanc reportedly touring the conference circuit with a talk entitled “Kill All Passwords”, discussing the possible benefits of everything from heartbeat and vein recognition to biostamps and swallowable dongles.

In academia, a study from Dartmouth College looks set to present evidence that the password system is a major cause of data breaches, urging us to move on to something more suitable.

Some have suggested that educating users to avoid using bad passwords has limited value beyond a certain point, and there seems to be growing agreement with the Dartmouth findings that the whole system needs to be replaced with something less easily leaked, stolen or phished.

With more and more major tech firms seeing the benefits of biometrics, it looks like that password-free future so many are hoping for could be with us rather sooner than we thought.