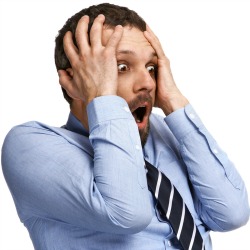 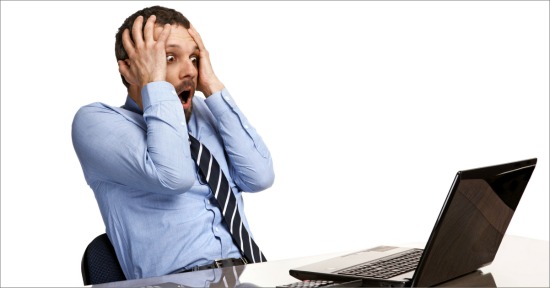 Former Jeb Bush staffer Ethan Czahor had it made, recruited to be Chief Technology Officer of Jeb Bush’s US presidential campaign at the tender age of 31.

It was nice while it lasted, which was about 36 hours.

That’s how long it took reporters and opposition researchers to reach into the intertubes and drag out some of his past posts and jokes – one about Halloween being a holiday invented for women to dress like “sluts”, another about it being OK to belch at the gym so that gay men know he’s straight, and still another post from his college days in which he praised Martin Luther King for not wearing his pants “sagged to his ankles”.

He resigned in February.

For what it’s worth, Czahor claims the tweets and posts were simply bad jokes, taken out of context from a time when he was studying improv comedy in Los Angeles.

He’s far from the first person to ever lose a job – or never get one offered – because of regrettable posts that he (like many of us) should have gone back and deleted when we were sober/older/thinking of going into politics.

But unlike most of us, he’s doing something to help others in this same situation.

Need to get rid of all those rude, raunchy, rebellious posts trailing behind you like Jacob Marley’s chains?

Now, thanks to Czahor’s past posts catching up to him, there’s an app for that.

Released on Monday, the beta version of Czahor’s “Clear” iOS app searches through a user’s Facebook, Twitter and Instagram accounts for potentially inflammatory posts and gives users the option of deleting them, if possible.

It’s a lot easier than painstakingly reading through one’s own years worth of posts, he told Business Insider:

When I first saw my name in the news, I thought 'Jeez, I better check and make sure I’m good to go,' because, you know, I had told jokes in the past and wanted to be in the clear on all that stuff.

But it’s not easy to do, and I couldn’t find the tool that would do it for you. For me to vet myself, I would have to go to Twitter or Facebook or Instagram, and just scroll down and scroll down through everything and keep reading it - and it’s a real pain in the butt.

Czahor told Time that the app is meant to make sure that people are in control of the content that they’ve posted online.

That should come in handy with his peers, given that people his age have been raised in the era of “batten the hatches, man the torpedoes and post it ALL!!”, he said:

This could happen to anyone in any field—it doesn’t have to be politics—every millennial is now entering the workforce, and maybe even a senior position, and everything that they’ve said online for the last 10 years is still there, and that’s a new thing for this generation.

The app scours posts, looking for watchwords. That of course includes profanities, but it also flags words such as “gay”, the N word, or words potentially indicative of groups, such as “Americans” or “black.”

The app’s algorithms reportedly err on the side of caution. Czahor told Business Insider that the current build does, in fact, flag more than it needs to, but he figured that’s preferable to allowing anything to slip through the cracks.

There was a waiting list for the beta that was thousands deep as of Friday, though you can jump ahead in the queue if you post about the app.

He said that one reason for his own low rating are quotes from presidential candidates, which frequently scored as negative, while words on the watch list triggered alerts.

Czahor told Time that Clear will soon be converted to a traditional 0-100 scale, with higher scores indicating safer profiles.

Czahor says that after he gets analysis of Facebook, Twitter and Instagram postings down, he’ll move on to additional social networks, emails, personal blogs, and search results.

Anything with an API can be added very easily, but we want to make sure we get really good at the current three before we expand.

There are caveats, of course. There’s nothing to stop people from grabbing screen captures of postings, nor does this tool promise to reach into digital archives to erase anything.

Sony, in fact, is a good example: WikiLeaks announced last week that it’s published thousands of documents and emails  that it claims came from the Sony breach.

So even though having a “Clear” history sounds appealing, it’s probably safest to assume that if we’ve left embarrassing digital tracks, “Cloudy” is a more likely forecast.

Best to not post material at all than to post it and pray that an app can make it go away.