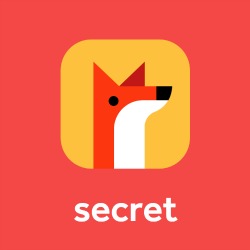 The anonymous sharing app Secret is zipping its lips for good.

On Wednesday, co-founder David Byttow posted on Medium that the app will wind down over the next few weeks and that it will be repaying some of the large sums of money it’s received from investors:

Secret, Inc. still has a significant amount of invested capital, but our investors funded the team and the product, and I believe the right thing to do is to return the money rather than attempt to pivot. Innovation requires failure, and I believe in failing fast in order to go on and make only new and different mistakes. 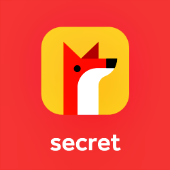 The app’s use had been declining for months, reports the New York Times, and so on Tuesday Byttow informed employees that the company was closing and handed out severance packages.

How did it all go so wrong, so fast?

After all, Secret was supposed to be different from its anonymous sharing kin – Yik Yak, Whisper or the earlier iteration of Ask.fm – which have a tendency to wind up on lists of websites parents should watch out for.

These have all been cyberbullying mosh pits, and one, Yik Yak, has been banned from schools.

In contrast, Secret’s secret sauce was in showing users only posts from their community or from people they’ve interacted with: a forum in which, at best, users could even anonymously cry for help, Byttow said last March.

Many saw it as a great idea. Venture capital poured in as investors eyed it as the logical next evolutionary step for social networking beyond Facebook.

The NYT quotes Alexis Ohanian, a founder of Reddit who invested in Secret and at the time spoke highly of the app in terms of the founders’ attention to issues of identity and anonymity:

Apps like Secret become an outlet for people to speak honestly about things that would otherwise result in career damage.

But that raises a good question, as pointed out by Brian Blau, an analyst at the research company Gartner:

They raised a lot of money and had a good reaction initially. But how do you build viral growth when the community is anonymous?

Secret’s creators had dreamed of fostering a type of e-nirvana, as Byttow wrote last March when the anonymous-sharing app hit the tender age of 45 days:

Our vision is to create a world flowing with authenticity. Being more open with each other brings us closer together, builds understanding and ultimately makes the world a better place.

The environment created in Secret well may have flowed in authenticity, but evidently, that flow could be toxic.

According to the NYT, Secret was for many “a morass of vitriol and catty comments, a playground for anonymous cyberbullies to take potshots at others.” Secret scrambled to hire community moderators to get a grip on the negative tone.

Cybertoxicity wasn’t its only challenge. Another was that, quite simply, venting anonymously to a group of friends is a bit of an oxymoron.

That’s what Engadget’s Nicole Lee suggests: i.e., it’s not particularly hard to figure out who’s behind a secret being shared with friends or friends of friends.

Secret tried changing its design, as well as trying out a feature called “Dens” for companies and schools and event-specific feeds, but none of that really worked out: the traffic just kept drying up.

As well, last August, a Brazilian court ordered Apple and Google to ban Secret from their in-country app stores and to pull it from people’s devices over concerns that it promoted cyberbullying.

Lee describes the fall-off in her own interest:

For me, I'll admit to using Secret quite heavily for a few months, letting loose private thoughts about topics too personal to ever chat about with family and friends. It was thrilling at first to finally be able to reveal these pent-up feelings, but in the end, it felt a bit hollow. I wasn't revealing my innermost desires to a confidante or a trusted BFF; I was just posting them on an app to no one in particular. It was a brief flash of catharsis, sure, but that was about it. It didn't really do anything to alleviate feelings of sadness or despair.

Of course, anonymity has its place online. Those who have suffered abuse, persecuted minorities or political dissidents present compelling evidence of this.

But for others, Lee suggests, talking to real people might just be more satisfying.

It looks like she’s not the only one to feel that way.

We look forward to the post mortem that Byttow has promised.

Hopefully, the next startup that wants to keep its app bully-free will benefit from those hard-won lessons.