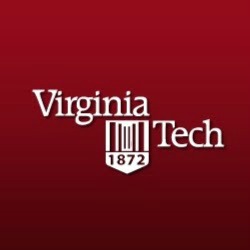 This is the threat that appeared over anonymous messaging app Yik Yak last Tuesday night, 28 April:

Another 4.16 moment is going to happen tomorrow. Just a warning.

To most of the world, that could have meant just about anything.

But to students at the US school Virginia Tech, it could only mean one thing: the date is the anniversary of one of the country’s largest mass murders. 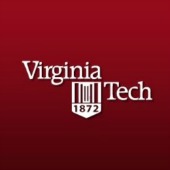 On that date in 2007, Virginia Tech student Seung-Hui Cho murdered 32 people at the school and then killed himself. Others were injured as they escaped his rampage, some by leaping from windows.

Virginia Tech and Blacksburg Police said in a statement that they’d arrested a suspect in relation to the Yik Yak threat on Wednesday night, 29 April.

The suspect is 21-year-old Kiung Moon, a senior majoring in business information technology at Virginia Tech.

The 2007 killer was also a business information technology major for three years, until he switched to English in his senior year.

Kiung Moon was taken into custody after turning himself in at the Virginia Tech police department.

The Virginia Tech police said that together with the local Blacksburg, Virginia police department, they’d immediately launched a joint investigation following the threat, which went out on Yik Yak at 11:15 pm last Tuesday.

The Collegiate Times reports that the university police released a crime alert statement via email.

But the threat did lead police to issue the crime alert to the Blacksburg campus community earlier on Wednesday, “out of an abundance of caution” and because Yik Yak is a public medium.

Even if Kiung Moon hadn’t turned himself in, it’s entirely possible that police could have tracked him down.

Yik Yak may be an anonymous messaging app, but that doesn’t keep it from figuring out where a message came from.

As Yik Yak says on its legal page, it maintains a log with the following non-publicly available information for every message posted:

Yik Yak is subject to US laws that compel it to turn over that non-public information if law enforcement comes knocking with the requisite legal paperwork, or in the case of a valid emergency threat.

Clearly, the allusion to 4.16, emanating from a geolocation corresponding to a place where those numbers carry deadly significance, constitute a valid emergency threat.

So-called anonymous apps won’t keep you anonymous in many situations. This is one of them.

Kiung Moon’s reference to the date of a mass murder could have been a joke.

But given that those four simple characters, 4.16, are weighted down with atrocity, who can take the chance that a sender is just kidding?

Whether it was just a badly thought out, flippant remark or a truly sinister threat, it’s important to keep in mind that “anonymous” apps don’t let us get away with saying just any old thing that pops into our heads.

Town of Blacksburg Police Chief Anthony Wilson had this to say in the police statement:

Many people believe social media sites like Yik Yak are 100 percent anonymous. People need to be aware that if you’re going to engage in this type of behavior, we are going to aggressively investigate. It is also important to keep in mind this threat did not specifically mention Virginia Tech. We share the same concern as the Virginia Tech police that mass violence could occur anywhere in our communities. We owe it to all to work together to solve these incidents.