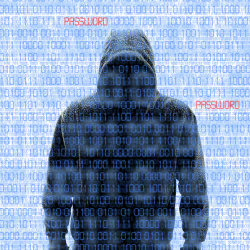 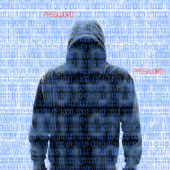 They got a fifth man, too, but now they’ve lost him again: an Australian who was 17 when he allegedly took part in the heist and who fled to Europe last month.

The 19 year-old, who has yet to face trial, told The Weekend Australian that court delays and harassment by West Australian police have made it impossible to afford his legal costs.

He moved to Europe last month after police raided his home and seized his business computers, which held all the files of a consultancy business that he says was his main source of income.

The teenager, who can’t be named because he was charged as a juvenile, said he left to try to find work overseas.

The Weekend Australian reports that the fugitive is facing 25 charges relat­ing to the alleged attacks, including six counts of unlawful use of a computer and seven counts of possessing child-exploitation material.

Australian authorities have issued an arrest warrant and have alerted Interpol.

Four members of the gang have pleaded guilty in the US, and one was sentenced last month to 18 months in prison: the first time a foreigner has been convicted of stealing trade secrets in the US.

The FBI raided the teenager’s parents’ home in Perth in March 2013.

He reportedly acknowledged to The Australian last year that he was part of the gang, but he denied having broken any Australian law.

The Weekend Australian quotes his lawyer, Andrew Chelvathurai, who questioned the police’s seizure last month of his client’s computers a mere week before he applied for a jury trial in the District Court and more than two years after he was first charged:

The main reason for all these delays is that the authorities themselves are not clear on the charges. Proving this case is going to be a real challenge for them … [my client] operated a few virtual servers on which he was system administrator, but that doesn’t mean he downloaded material himself.

The US claims that the software – which included the unreleased games “Gears of War 3” and “Call of Duty: Modern Warfare 3” – was worth between $100 million and $200 million.

The teenager told The Weekend Australian that in the two years following being charged, he’s spent $10,000 to defend himself.

The Deputy Director of Public Prosecutions for Western Australia, Bruno Fiannaca SC, has denied that police or prosecutors are responsible for delaying the trial.