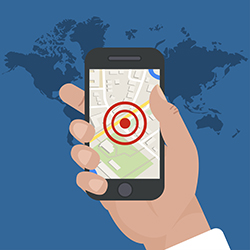 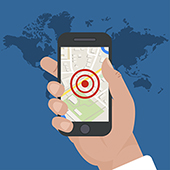 Police don’t need a warrant when seeking cellphone records from wireless carriers in the US, a federal appeals court ruled on Tuesday, reversing its own decision from last year.

It’s a surprising privacy setback in a closely watched case.

The ACLU had called it a “huge victory” when the US Court of Appeals for the Eleventh Circuit in June 2014 ruled that warrantless search of mobile phone records violates the US Constitution.

The case concerns the conviction of Quartavious Davis for a string of armed robberies in Miami.

The 11,606 location records spanned a 67-day period in 2010: the time covering a crime spree of seven armed robberies.

Such location data is protected by the Fourth Amendment, which prohibits unreasonable searches and seizures, the court unequivocally stated last June.

The three-judge panel from the 11th Circuit had ruled that the government, going forward, would have to get a warrant to obtain such location data in criminal cases, but it agreed to reconsider that decision with a full roster of judges participating.

On Tuesday, that full roster of 11th Circuit judges said that it had balanced privacy rights against the government’s interest in obtaining such records.

The appeals court said that the government must only meet the standard for records obtainable under the Stored Communications Act (SCA), which requires the government to provide “specific and articulable facts showing that there are reasonable grounds to believe” the records “are relevant and material to an ongoing criminal investigation.”

Davis had at most a diminished expectation of privacy in business records made, kept, and owned by MetroPCS; the production of those records did not entail a serious invasion of any such privacy interest, particularly in light of the privacy-protecting provisions of the SCA; the disclosure of such records pursuant to a court order authorized by Congress served substantial governmental interests; and, given the strong presumption of constitutionality applicable here, any residual doubts concerning the reasonableness of any arguable "search" should be resolved in favor of the government.

Susan Freiwald, a privacy-focused University of San Francisco Law School professor, told Wired that the reversal is a serious hit to privacy rights:

It’s a huge setback as compared to the decision it vacated. These decisions only come out every couple of years. And in that sense it’s very disappointing.

But Tuesday’s decision doesn’t even resolve the issue, given that it runs counter to lower courts in several states having ruled that phone records are constitutionally protected, including Montana, Maine, Minnesota, Massachusetts, and New Jersey.

Electronic Frontier Foundation civil liberties lawyer Hanni Fakhoury told Wired that with the 11th Circuit’s reversal on its June 2014 decision in Davis, the question of warrantless phone tracking has been left in limbo, with state courts and some higher courts coming to contradictory decisions:

It's a hodgepodge. What does all this mean for someone who lives in Florida? One court has said yes and one has said no. That’s problematic.

If it were to do so, privacy rights might regain some ground, given that the Supreme Court has ruled against warrantless phone search in recent rulings such as US vs. Jones and Riley vs. California.

2 comments on “Police can access phone location data without a warrant, US court rules”