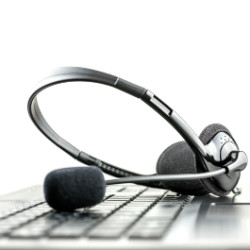 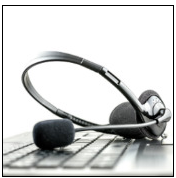 Why you work here in Technical Department for Windows?

Because you “love talk with people and work on hard problems with sweaty people in a close team!”

Yes, Powershop New Zealand has posted a job listing that seems to be calling for Windows support scammers: the type who spend “Many hours on the phone, that rings!” and who make sure to “Tell users all computer are infected”!

Of course, they’ll provide training, and – “best news!” – you’ll be looking at bonuses if you manage to get bank details, the ad says:

we train you Technical Department on windows computer like msconfig and eventvwr. You have great bonus ($) for you when you get users’ bank and credit card details when fix the windows computer.

This is, in fact, what support scammers do: They call up and say they’re from “Microsoft” or “Windows”; tell you they’re following up reports of malware activity coming from your computer; convince you that it’s infected – or, in the words of Powershop, “see many virii that slows down their computer” – and charge a fee of about $300 to fix the nonexistent problems.

If you assumed the Powershop ad was in fact looking for scam artists, that’s good.

That’s what Powershop wants you to think, the company’s HR rep, Craig Scott-Hill, told The Register.

You’re also supposed to figure out, at some point, that it’s completely outlandish.

We look for passionate about finance and work in a close work culture. We work in a room. Support is fun here and people love talk about they funny users. Also more good news Health and Safety means you now get headset.

If willing and compromise ethics = make money, then you fit in well.

…or maybe somewhere in this bulleted list of Why you work here:

But hopefully by the time you’ve reached the bottom of the ad, where you’re told not to apply for job with Technical Department of Windows “unless you are have commercial as Software Developer”, you’ll have figured out that this is a real ad, for people with real technical skills, and that the company has real technical jobs, cloaked in the trappings of an in-joke.

Scott-Hill told The Register that he’s having fun with the ads because he’s struggling to hire software developers, and ads like this get a whole lot more attention than conventional ones: it had been read by 18,000 people by the time The Register interviewed him, compared with the 1,500 a regular job ad would attract.

The company’s developers gave him input to write the ad, to give it an air of authenticity and thus enable it to reel in developers who both get the joke and figure that Powershop must be a fun place to work.

This isn’t the first time Powershop’s written a gag ad: The last one resembled a Nigerian scam email.

Of course, it was for AWESOME SOFTWARE DEVELOPMENT ROLE!