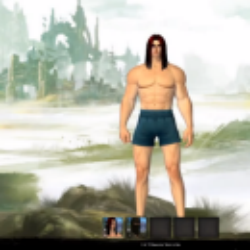 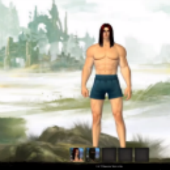 Usually, when you cheat in an MMO it doesn’t end well.

Your character winds up getting banned by the administrators, and that’s it for you, you bringer of malfeasance – badda bing, badda boom, you’re outta here.

But that was apparently not a severe enough fate for the one Guild Wars 2 player who called him/herself “DarkSide”.

No, instead of simply banning the player for gaming sins that spanned weeks and included teleporting, doling out massive damage, surviving coordinated attacks by other players and dominating player-versus-player combat, the game’s creator got medieval on DarkSide’s ass, sentencing the character to in-game execution.

In order to spur Guild Wars’ creator ArenaNet into dealing with the troublemaker, players had been gathering videos of DarkSide’s antics, such as this one, and posting them onto YouTube.

When ArenaNet finally took action against the cheater, it was done with both flair and public humiliation.

After administrators took over his account, DarkSide was stripped down to his underwear and forced to jump off a high bridge before all of the characters associated with his account were deleted.

The execution was recorded for posterity: RIP DarkSide, indeed, splat!

Of course, after the character had been tracked down and forced to leap to his death, he was also banned, said game security lead Chris Cleary.

ArenaNet hasn’t revealed just exactly how the player behind DarkSide has exploited the game or whether it’s patched any vulnerabilities that he or she may have used to torment other players.