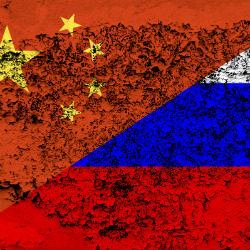 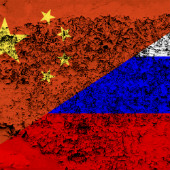 Russia and China cemented their growing friendship last week with the signing of a new cyber security pact.

According to a 12-page agreement (written in Russian) and reported by the Wall Street Journal, the two countries have vowed not to launch cyber attacks against each other.

They have also agreed to pool information, law enforcement and technology resources to better equip themselves against any incoming attack that may attempt to “destabilize the internal political and socio-economic atmosphere,” “disturb public order” or “interfere with the internal affairs of the state”.

While it may perhaps be naive to think that Russia and China will not invest any resources whatsoever into keeping tabs on each other, the new pact will undoubtedly see the two nations strengthen their defences significantly, while freeing up offensive resources for deployment elsewhere.

Given how a significant amount of hacking is believed to emanate from Russia and China, it would not be hard to imagine that the agreement will only increase the two nations’ capabilities in that area.

The two countries have been on friendly terms since the end of the Cold War but the relationship has become ever more important to Russia since relations with the West cooled following Russia’s incursion into Ukraine.

Lately, as the WSJ notes, the Russians have started to re-evaluate areas of critical dependency on Europe and the US, especially since the revelations of ex-NSA contractor Edward Snowden.

As a result, lawmakers have called for tighter internet controls, an issue that will be addressed in September by a new Data Localization Law that states:

For Russia the agreement with China to cooperate on cyber security is an important step in terms of pivoting to the East. The level of cooperation between Russian and China will set a precedent for two global cyber security powers.

6 comments on “Russia and China sign cyber security pact, vow not to hack each other”