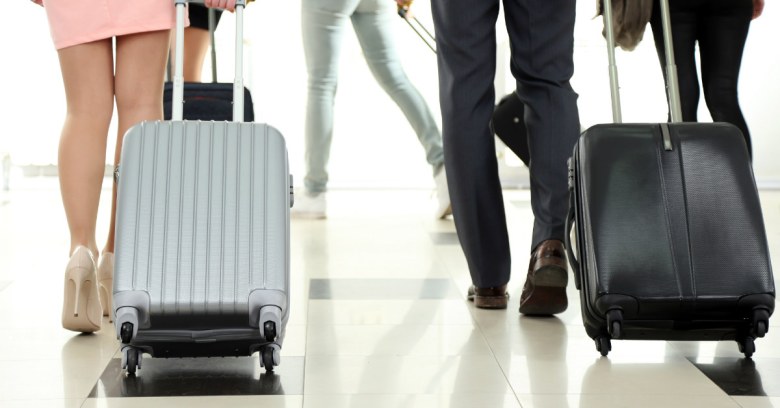 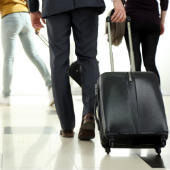 Civil liberties advocates have long referred to US ports of entry as “Constitution-free zones”.

Barring invasive techniques such as strip seizures, government agents have been more or less free to disregard Fourth Amendment protection against unreasonable search and seizure.

To do so, they’ve relied on the border exception rule, which allows warrantless seizure and search of goods and people along the border and at international airport terminals.

They don’t need reasonable suspicion or probable cause, and they can take what they like, be it laptops or smart phones – items that they claim are “containers” subject to search, similar to handbags or luggage.

In fact, the government has in the past explained that its justification of warrantless border searches of laptops can’t really be explained, given how agents just go by their gut feelings, meaning that a search can be triggered by something as simple as an agent having a hunch that you’re up to no good.

On Friday, that freedom to conduct warrantless search at the border was dealt a rare blow.

Amy Berman Jackson, a federal judge for the US District Court for Washington DC, ruled that the government used a South Korean businessman’s flight home as an illegal pretext to seize his computer and to ship it 150 miles south to San Diego, where an exact copy of its hard drive was made and examined over the course of weeks.

That initial seizure “surely cannot be justified”, Jackson said in her ruling; nor does treating digital devices like handbags make much sense:

...given the vast storage capacity of even the most basic laptops, and the capacity of computers to retain metadata and even deleted material, one cannot treat an electronic storage device like a handbag simply because you can put things in it and then carry it onto a plane.

The story begins with the government’s investigation and prosecution of illegal shipments of missile parts that had been purchased in the US, sent to China, then routed to an ultimate destination in Iran, in violation of export control laws.

The US indicted a man named Bin Yang, also known as Raymond Yang, for related crimes, and he in turn confessed that he’d gotten missile parts from a Korean businessman named Jae Shik Kim.

That was enough to get Kim onto a watch list.

Agents decided that the next time Kim left the US to return home – i.e., after he’d had time to do something incriminating, as opposed to when he next entered the US – they’d seize his computer at the Los Angeles international airport and search it for evidence of export control violations.

The businessman was stopped on the jetway between the gate and the airplane as he was boarding his flight. Agents seized Kim’s laptop, but he wasn’t considered a threat to national security, so they allowed him to board the flight and return to Korea.

The forensics specialists made an image of the computer – in other words, a perfect copy – and returned the laptop to Hamako, who returned it to Kim in South Korea about a week after it was first seized.

The agents did not destroy the image. Rather, they got to work combing through the wealth of data on the image, including emails, word processing files, PowerPoint files, spreadsheets, and PDFs.

The forensics team also asked Hamako for a list of keywords to help them narrow down the search.

Running the keywords through the extracted documents turned up 5900 files that included at least one of the search terms. The forensics team burned a DVD with the 5900 files and gave it to Hamako.

The government accused Kim of unlawfully selling Q-Flex Accelerometers – models QA-2000-10, QA-2000-20, and QA-3000 – manufactured by Honeywell Aerospace, first to intermediaries in China and Korea and finally to Iran.

Jackson’s ruling means that evidence of the alleged conspiracy that had been found on Kim’s computer – the evidence that had been used to get him indicted – is now suppressed and can’t be used against him.

...The Court finds, under the totality of the unique circumstances of this case, that the imaging and search of the entire contents of Kim’s laptop, aided by specialized forensic software, for a period of unlimited duration and an examination of unlimited scope, for the purpose of gathering evidence in a pre-existing investigation, was supported by so little suspicion of ongoing or imminent criminal activity, and was so invasive of Kim’s privacy and so disconnected from not only the considerations underlying the breadth of the government’s authority to search at the border, but also the border itself, that it was unreasonable. Therefore, the motion to suppress the evidence .... will be granted.

But it does set a persuasive precedent for courts looking for guidance in similar cases, as Nathan Freed Wessler, a Staff Attorney with ACLU’s Speech, Privacy, and Technology Project, told Wired:

It adds to the growing body of cases saying that there are problematic privacy concerns when it comes to computer searches and that it triggers differing kinds of 4th amendment analysis.

4 comments on “Warrantless laptop seizure at US borders shouldn’t be rubber-stamped, rules judge”