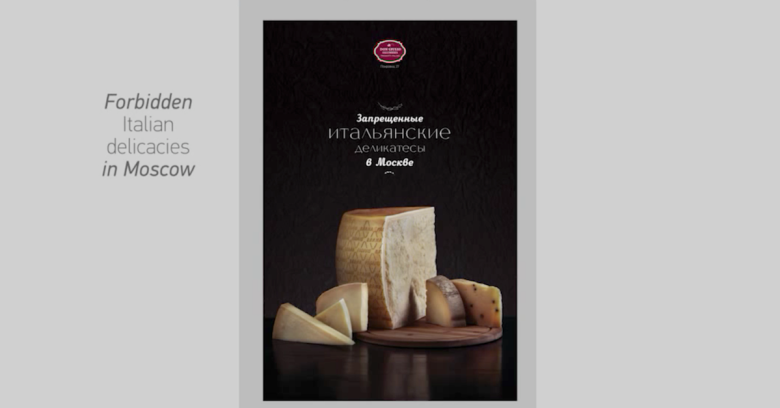 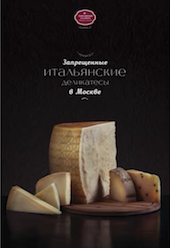 Fat lot of good any of it will do Muscovites, given that Russia has banned food imports from the European Union and the US.

It’s not that Don Giulio can’t figure out how to import it, but the shop sure can’t advertise those delicious imported foods.

So what’s a well-stocked salumeria to do?

Pay an ad company to rig billboards with facial recognition that’s been tweaked to spot the official symbols and logos on the uniforms worn by Russian police, that’s what.

As Adweek reports, an ad agency called The 23 created an outdoor ad that could apparently spot police uniforms.

As police approached the ad, as you can see in this YouTube video, the billboard would switch from advertising a nice, fat wedge of Don Giulio Salumeria’s imported cheese, rolling over instead to an ad for a nice, completely non-contraband Matryoshka doll shop.

An ad that hides itself from the law is a clever stunt, albeit not too effective, as you can see from the police in the video, who had time to spot the ad for imported food before it scurried behind Matryoshka dolls.

But what’s more interesting than the effectiveness of this particular ad is the idea that billboards can use facial recognition to this degree as they tailor offerings.

Gizmodo suggested that it’s not much of a leap to imagine having your jacket’s sports team logo recognized as you wait at the bus stop, so you can be target-marketed for your team’s next big game…

…or how about a beverage vending machine that takes photos of people nearby, superimposes wigs on their heads and exhorts them to buy a drink, or even guesses those people’s names and genders – the better to target-market at them.

Besides the creepy factor of being photographed without your permission or knowledge, there’s also the risk that comes with facial recognition being hooked up to the wider web a la the Internet of Things (IoT).

As Naked Security’s John Hawes has noted, with the advent of the IoT comes the prospect of being at risk not only of attackers snooping on the data passing between us, the cloud-based service broker who handles it, and our devices – we’re also at risk of attackers taking over those data channels and hijacking the devices themselves.

Beyond those risks, the data flowing from these devices is potentially going to be ever more intimately, intrusively concerned with our private selves, from when we’re at home, to the hours we’re asleep, to what type of vending-machine snack we prefer: Cheesy? Chewy? Purchased at what hour of which day? From which we can surmise you were in transit through what part of the city?

Once such data is in the hands of a cloud service provider, there’s always the possibility that it can be subpoenaed away by a (very data-hungry) government.

Facial recognition rigged into ads on the streets of Russia. Hmmm.

Should we worry more about the snooping that advertisers could do to us with such ads, or more about what happens to the data if it escapes from the doll shops and cheese shops and lands in someone else’s hands?

Image taken from the video of the first hiding ad, courtesy of The 23 agency, Krasnogorsk.