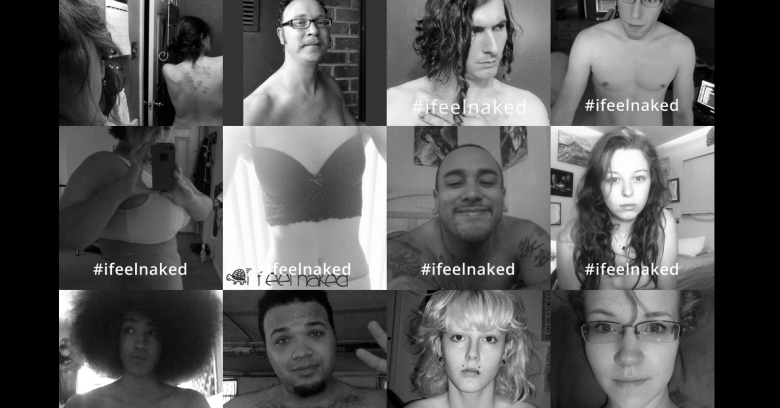 As of Sunday night, 14,827 websites and counting were blocking IP addresses associated with the US Congress, redirecting visitors away from their sites and toward a page protesting mass surveillance. 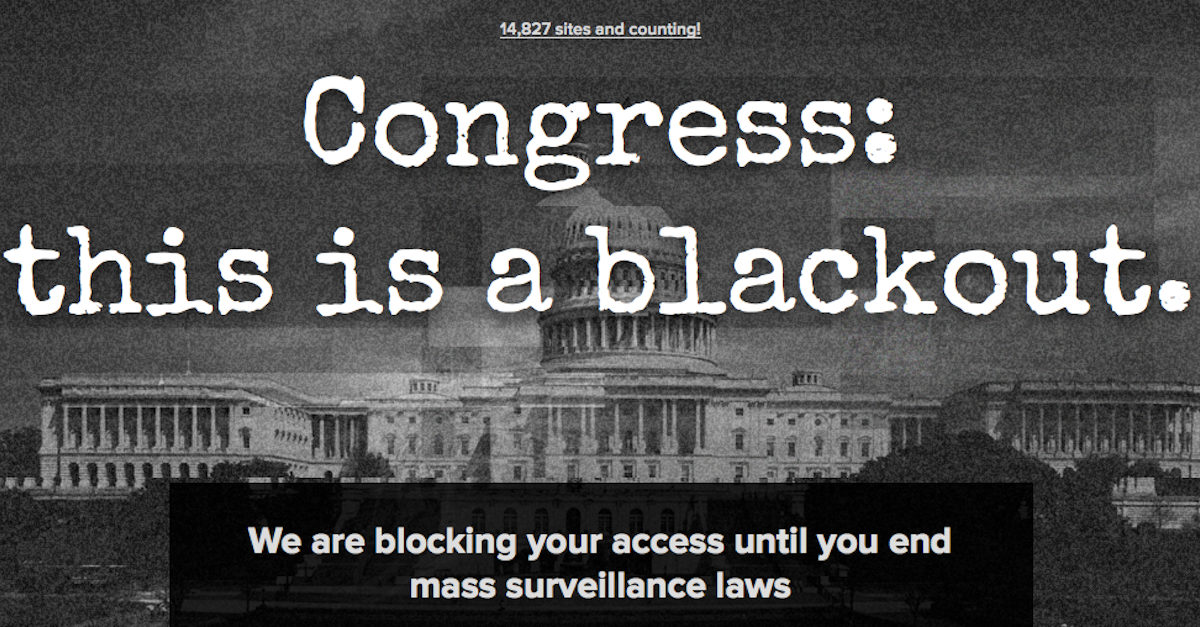 The protest was led by the online activist group Fight for the Future, whose protest page told Congress that it “should be ashamed of [National Security Agency (NSA)] mass spying.”

We are blocking your access until you end mass surveillance laws

You have conducted mass surveillance of everyone illegally and are now on record for trying to enact those programs into law. You have presented Americans with the false dichotomy of reauthorizing the PATRIOT Act or passing the USA Freedom Act. The real answer is to end all authorities used to conduct mass surveillance. Until you do, thousands of web sites have blocked your access, and more are joining every day.

The activist group was pressing Congress to let three provisions of the Patriot Act expire as scheduled at the stroke of midnight on Monday, 1 June, rather than renewing or reforming them.

The Senate debated into Sunday evening on the surveillance provisions, even though it had already been decided that there would be no vote scheduled that night and that the provisions would therefore expire.

This is not the end to mass surveillance, mind you.

Rather than saying that Patriot Act-enabled mass surveillance is kaput, we should think of it more as being relegated to the ranks of the undead, ready to be resurrected with a bit of legal tweaking.

Here are some of the repercussions of the provisions being allowed to expire:

The “lone wolf” provision of the Patriot Act expires.

This provision allows US intelligence and law enforcement agencies to target surveillance at suspected terrorists who are acting alone without any direct ties to terrorist groups or rogue nations.

This amendment to the Patriot Act specifically says that it doesn’t apply to US citizens, and White House officials claim that it’s never actually been used.

This provision allows federal agencies, with approval from a federal court, to monitor a person rather than a specific phone or electronic device.

It enables the government to keep track of suspected terrorists regardless of how many burner phones they use and throw away.

Section 215 of the Patriot Act expires.

This is the real hot potato, generating the most controversy and debate.

It’s the business records provision that supports the NSA’s bulk collection of telephone records, which has resulted in the agency having collected the phone records of millions of US persons not suspected of any crime.

Tim Edgar, writing for Lawfare, says we shouldn’t get too excited about this.

The NSA could resume bulk metadata collection “with a little legal work from Justice Department and Intelligence Community lawyers,” he notes.

After all, he writes, “the NSA’s bulk telephone metadata program under section 215 is not the only, nor was it the first, bulk collection of metadata authorized by a creative interpretation of the Patriot Act’s amendments to FISA.”

Investigations of phone records under Section 215 won’t immediately grind to a halt.

A clause in the Patriot Act allows the NSA to continue investigations already under way.

The agency collects phone call metadata: that’s information indicating who made and received calls, how long those calls lasted, and when they happened, and doesn’t include the substance of those calls.

Earlier on Sunday, senators had voted to move forward with considering the USA Freedom Act – a measure that would end the controversial bulk collection of phone metadata.

That act, which privacy advocates had called the best chance yet to curb the country’s run-amok surveillance programs, was shot down in November, missing passage by only two votes.

The USA Freedom Act has been criticised by human rights groups who consider its transparency and court oversight provisions to be watered down from its previous version, with more limited reporting requirements and a more narrowly defined role for external court advocates.

The New York Times went so far as to compare the act to the “minimal viable product” that software designers rush to market, just to get something out that they can slap into shape later.

The White House, not surprisingly, is in favor of this watered-down version of the Freedom Act.

But the administration has been warning that letting the three provisions of the Patriot Act expire would leave the country in “uncharted territory.”

A dangerous gap in security?

On Friday, the president warned that the provisions’ expiration will leave a dangerous gap in security.

Heaven forbid we've got a problem where we could have prevented a terrorist attack or apprehended someone who is engaged in dangerous activity, but we didn't do so simply because of inaction in the Senate.

During Sunday night’s debate, Senators Rand Paul and Ron Wyden scoffed at the idea of terrorist actions ever having been uncovered by the bulk data collection.

In a show of bipartisan opposition to bulk data collection, both pointed to overwhelming support from constituents who want their liberties back.

From Wyden, a democrat from Oregon:

Until just a few hours ago, I was at home in Oregon having town hall meetings, I flew all night to be at this extremely important session. The topic [of Patriot Act-sanctioned surveillance] ... was front and center in terms of my constituents. The message from Oregonians... was very clear... the people I have the honor to represent ... want policies that advance their security and protect their liberty. The programs we've been talking about here tonight really don't deliver either. [The Patriot Act] doesn't make us safer, and it chips away at our liberty.

For his part, Rand has branded himself – and his presidential campaign – with a crusade to crush the Patriot Act, adopting the hashtags #EndThePatriotAct and #StandWithRand.

Keep the photos coming! Let’s show support across the country to #EndThePatriotAct and #StandWithRand

In fact, he filibustered against the Patriot Act for 10 hours on the floor of the Senate last week.

The Fight for the Future group chose quite a different path to try to goad Congress into killing mass surveillance: instead of Congress getting to view whatever its members want to view on those 14,827 sites (and counting!), its protest page features nude photos emblazoned with the hashtag #ifeelnaked.

The rationale on the protest page:

Images taken from screenshots of Blackoutcongress.org.