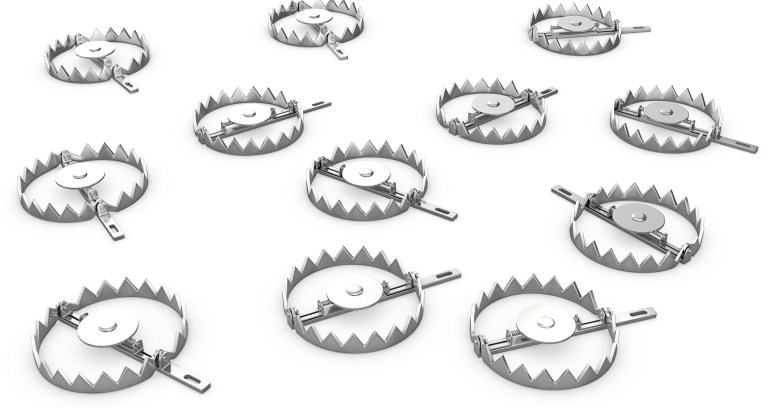 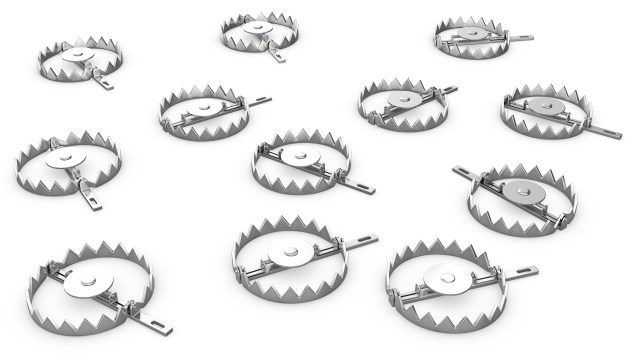 The founder of one of the Dark Web’s fledgling search engines is warning Tor users about the presence of hundreds of fake and booby trapped .onion websites.

Sites with addresses that end in .onion are anonymous, Dark Web websites (properly called hidden services) that can only be accessed using the Tor browser.

The fake sites were discovered by Juha Nurmi, a founding member of the ahmia.fi project, an open source search engine that aims to search, index and catalogue all the content present on the Tor network.

Nurmi first noticed a fake of his own site before discovering that there are multiple clones of hundreds of other Dark Web sites, including a fake of the .onion version of the popular DuckDuckGo search engine.

I noticed a while ago that there is a clone onion site for Ahmia. Now I realized that someone is actually generated similar onion domains to all popular onion sites and is re-writing some of the content.

Tor sites are often found through directories rather than search engines and they have addresses that are quite difficult to read, which probably makes it easier to plant fakes than on the regular World Wide Web.

For example, the real and fake addresses for DuckDuckGo are the equally immemorable:

Nurmi also claims that the fake sites aren’t just duplicates of the real sites but proxies for them (he could presumably verify this for his own site but he doesn’t state how or if he tested it for the others).

If he’s correct then the proxies would allow the attacker to launch so-called Man-in-the-Middle attacks, stealing or modifying data as it passes through the fake site.

These sites are actually working as a transparent proxy to real sites. However, the attacker works as MITM [Man-in-the-Middle] and rewrites some content. It is possible that the attacker is gathering information, including user names and passwords.

In another sinister twist user ‘garpamp’, who claims that such activity has been “going on for years”, states that he’s seen pages that list .onion addresses being modified by malicious Tor exit nodes.

This is a completely different attack from the one identified by Nurmi and it occurs on the regular web, not the Dark Web, but it’s aimed at achieving the same thing – getting you to visit a fake Dark Web service instead of a real one.

The Tor browser can be used to browse hidden services on the so-called Dark Web, where both the browser and the site are completely anonymous, or the regular World Wide Web, where only the user with a Tor browser is anonymous.

When it’s used on the regular web, Tor encrypts your traffic and sends it on an eccentric journey between a number of Tor nodes before it’s decrypted again before making the final hop to its destination like any other internet traffic.

This decryption (and the encryption of responses) is performed by a special Tor node called an exit node. Anyone can set up an exit node and because they deal with unencrypted information they are an excellent place to spy on traffic, or even to modify it on-the-wire (you can read more about exit nodes in my recent article Can you trust Tor’s exit nodes?).

What garpamp claims to have seen is malicious exit nodes being used to rewrite regular web pages.

In other words, if you looked at this page through Tor and you happened to get a malicious exit node in your circuit you might not see the legitimate DuckDuckGo address at the top of this page, you might see two fake ones instead.

During the course of the discussion, garpamp noticed that a bad exit node was actually rewriting the addresses on the pastebin page posted by Nurmi!

The thread closed with Roger Dingledine, one of the original Tor developers, reporting that the bad exit node discovered by garpamp has now been given the BadExit flag which should prevent it from acting as an exit node.

The battle to shut down bad exit nodes is ongoing.

The Dark Web is an online safe haven for dissidents, journalists and champions of free speech but it is also a small and highly concentrated den of the very worst criminality.

So, not only is there is an abundance of thieves on the Dark Web, and no honour amongst them, there is no shortage of government hackers or undercover agents either.