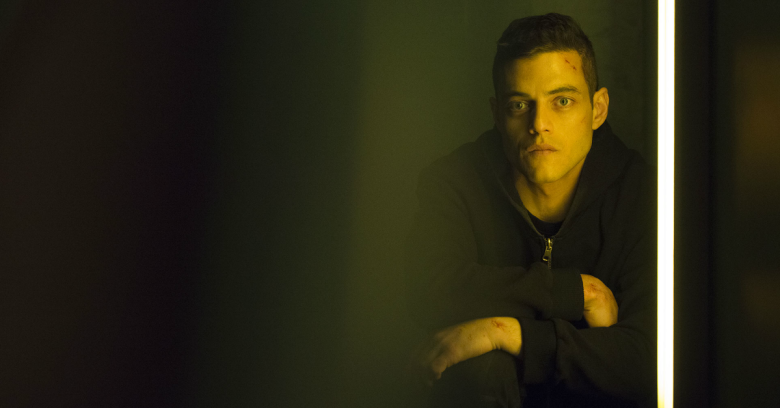 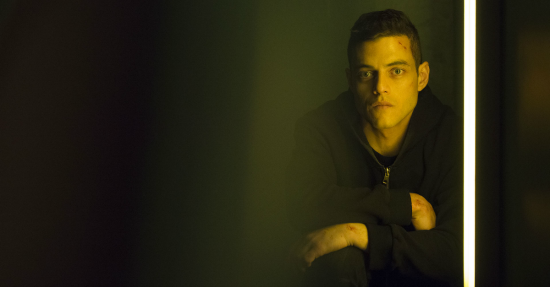 “Mr. Robot,” USA Network’s new series about a cybersecurity engineer at the center of a plot by a group of hackers to take down an evil corporation, is good entertainment.

But is it also a good depiction of hackers, hacking and infosec?

Before I watched the show’s pilot episode, I had seen some trailers and read a few reviews – since debuting at the Tribeca Film Festival in April, the glut of online marketing for “Mr. Robot” has been hard to avoid.

I was intrigued, but skeptical.

After all, Hollywood has tried many times to produce a convincing hacker drama with various degrees of success, and the show “CSI: Cyber” that began airing this March on CBS has been panned by TV critics and security experts alike.

I’ll give you Chet’s take on “Mr. Robot” in a minute, but first, a bit more about the show’s plot (warning – some spoilers ahead).

We’re introduced to the young hacker Elliot (Remi Malek) in a cafe, where he nonchalantly tells the owner, Ron, that he hacked the cafe’s Wi-Fi and discovered Ron’s stash of child pornography.

Before the police arrive, Elliot explains that just because Bob was using Tor doesn’t mean his traffic was private (“whoever controls the exit nodes controls the traffic,” Elliot says, our first indication that the show has a good grasp of technical details).

Elliot – who narrates the story by speaking to “someone who doesn’t exist” – reveals that he has severe social anxiety, was raised by an abusive mother, and has a case of paranoid schizophrenia that causes him to think he’s being followed by men in black suits.

He’s also hacked into his therapist’s Facebook and email accounts (she used her birthdate and favorite artist as her password) and found out that she’s depressed after a divorce and dating a guy who turns out to be a married creep (Elliot hacks him too, with some clever social engineering tricks).

Elliot does have a day job, however – he’s a cybersecurity engineer at a firm called Allsafe, whose biggest client is the mega-conglomerate E Corp (Elliot refers to it as “Evil Corp”).

Elliot was brought into the job by his childhood friend Angela (Portia Doubleday) whose lack of technical knowledge partly makes her a stand-in for non-technical viewers, but also becomes a key plot point by the end of the first episode.

When Evil Corp’s network is hit by a major DDoS attack (“is this a RUDY attack? Awesome,” Elliot says), Elliot is called into the office late at night by Angela and realizes that hackers have broken into the network and planted a self-replicating rootkit on Evil Corp’s servers.

In a tense scene that features some realistic-looking coding, Elliot stops the attack and saves Evil Corp’s servers, but discovers an easter egg left by the attacker that leads him to Mr. Robot (played by a disheveled-looking Christian Slater).

Mr. Robot and his crew of hackers work together “IRL” in an abandoned arcade – he explains to Elliot that they never communicate online because that’s how they would get caught (he describes a scenario of a hacker crew called “The Omegs” who were ratted out to the FBI by their leader – which sounds a lot like the real-life events leading to the arrest of the members of LulzSec).

Mr. Robot is plotting to take down Evil Corp’s databases that will wipe out everyone’s debts – mortgages, student loans – in the “the single biggest incident of wealth redistribution in history,” Mr. Robot says.

But first, Mr. Robot wants to take out one of Evil Corp’s top executives, the greedy and arrogant CTO, by framing him for the attack on Evil Corp.

To do that, Elliot needs to turn over to the FBI the DAT file containing all the data from the attack on Evil Corp, but altered to show the attack coming from the Evil Corp CTO’s IP address.

With its crusading, Robin Hood-esque hackers, the show’s theme is very similar to the anti-corporate, libertarian and slightly paranoid vision of America that has a big following in our popular culture.

In this respect, “Mr. Robot” isn’t breaking any new ground, and these tropes could become tiresome if the show’s creator, Sam Esmail, isn’t careful.

For me, the character of Elliot is what makes the show interesting and worth watching – he has a complex back story, his motives are murky, and his actions are fraught with moral confusion.

“Mr. Robot,” like any series portraying cybercrime and “hacking,” is an interpretation of real life rather than a reflection, Chet told me, and although the show might not always be faithful to the facts, that only helps increase its appeal to more viewers without talking down to them.

Without being a guide to online crime it combined skillful acting, a real plot and believable technical elements. I look forward to seeing if the writers can sustain a likable, intriguing drama based upon computer security that doesn't venture off into the ridiculous.

I’m planning to tune in again to see if “Mr. Robot” can stay on that narrow path of technically believable and just plain entertaining.