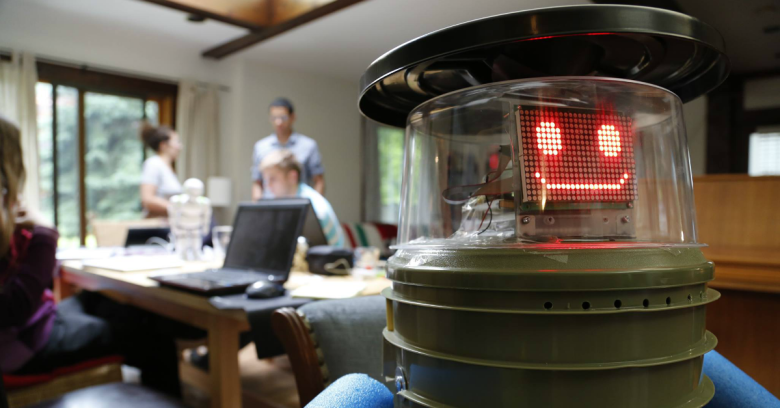 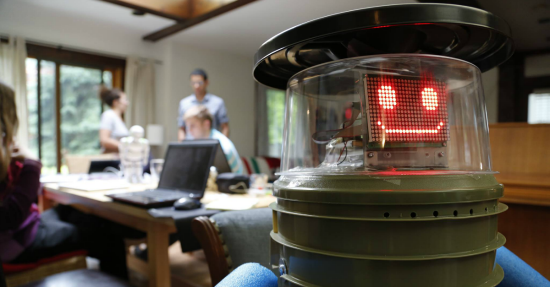 HitchBOT was on a mission to cross the United States with the help of strangers, but the hitchhiking robot came up far short of its San Francisco destination, after a vicious attack in Philadelphia, the city of brotherly love.

The three-foot-tall robot, with a beer-bucket body and a smiling LED face made it from Boston to Philadelphia, where hitchBOT met its demise early Sunday morning (2 August), apparently at the hands – and feet – of a lone vandal.

HitchBOT is the project of a pair of communications professors, Dr. David Harris Smith of McMaster University and Dr. Frauke Zeller of Ryerson University, who wanted to study how humans interact with robots in an uncontrolled environment.

HitchBOT can’t move by itself, but with an outstretched rubber thumb and instructions written on its body asking for rides from helpful humans, hitchBOT successfully traveled 10,000 km across Canada last summer, as well as throughout Germany and the Netherlands earlier in 2015.

Continuing the project, Smith and Zeller launched hitchBOT on its American tour on 17 July, embarking from the Peabody Essex Museum in Salem, Massachusetts, with a final destination of San Francisco’s Exploratorium.

The researchers’ instructions asked strangers to take the robot to some famous landmarks along the way, such as Times Square in New York City, New Orleans, and Mount Rushmore.

The solar-powered robot was equipped with Cleverscript speech technology allowing it to engage in conversation, and it shared its adventures via a video camera and social media APIs that transmitted messages with followers on Twitter and Facebook.

On Sunday, hitchBOT’s social media accounts announced that the project had reached an end “for now.”

Typically when we talk about artificial intelligence, the question on people’s minds is: can robots be trusted not to take our jobs, kill us without remorse, or enslave us as their pets?

Instead, say the pair of Canadian researchers, we should be asking whether robots can trust humans.

The answer to that question is a bit murky.

Surveillance footage obtained by Philadelphia video artist Jesse Wellens, who filmed himself interacting with hitchBOT outside of the Philadelphia Museum of Art, appears to show the “murder” of hitchBOT.

Although we can’t see hitchBOT in the black and white surveillance video (it’s hidden behind a post office box), the video shows a male wearing a backwards baseball cap and Philadelphia Eagles jersey ripping off what looks like hitchBOT’s foam arms, and repeatedly punching and stomping the robot.

But if anyone’s tempted to dismiss the entire human race (or Americans generally and Philadelphians specifically) as a lost cause due to the actions of a lone thug, there’s evidence for our kindness and perhaps a chance at redemption.

An outpouring of support from hitchBOT fans included offers from people in the Philadelphia tech community to repair hitchBOT and allow it to resume its travels.

Members of the maker collective The Hacktory have proposed building a new robot to carry on hitchBOT’s lesson.

And fans organized a trip to retrieve hitchBOT’s broken body and send it back to its creators.

Smith and Zeller said on hitchBOT’s website that the experiment is not over:

We know that many of hitchBOT's fans will be disappointed, but we want them to be assured that this great experiment is not over. For now we will focus on the question "what can be learned from this?" and explore future adventures for robots and humans.

So, what can we learn from hitchBOT?

Perhaps this story can teach us a lesson about our capacity for good and evil – to do great harm, but also perform acts of love and forgiveness.

My trip must come to an end for now, but my love for humans will never fade. Thanks friends: http://t.co/DabYmi6OxH pic.twitter.com/sJPVSxeawg

When it comes to compassion, at least, robots haven’t yet eclipsed humans.

18 comments on “Someone killed hitchBOT the hitchhiking robot – can humans be trusted?”