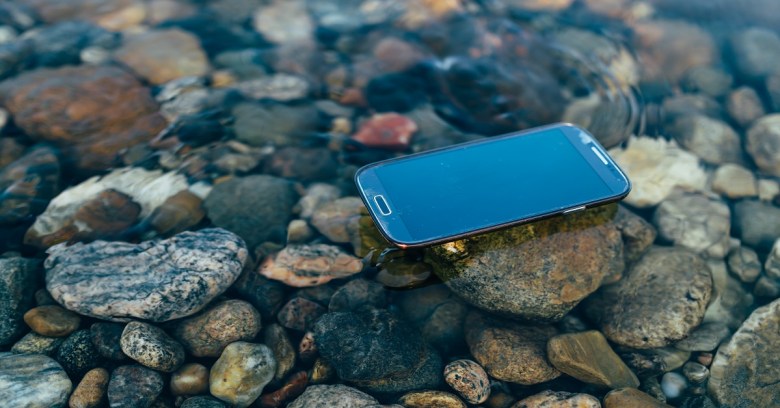 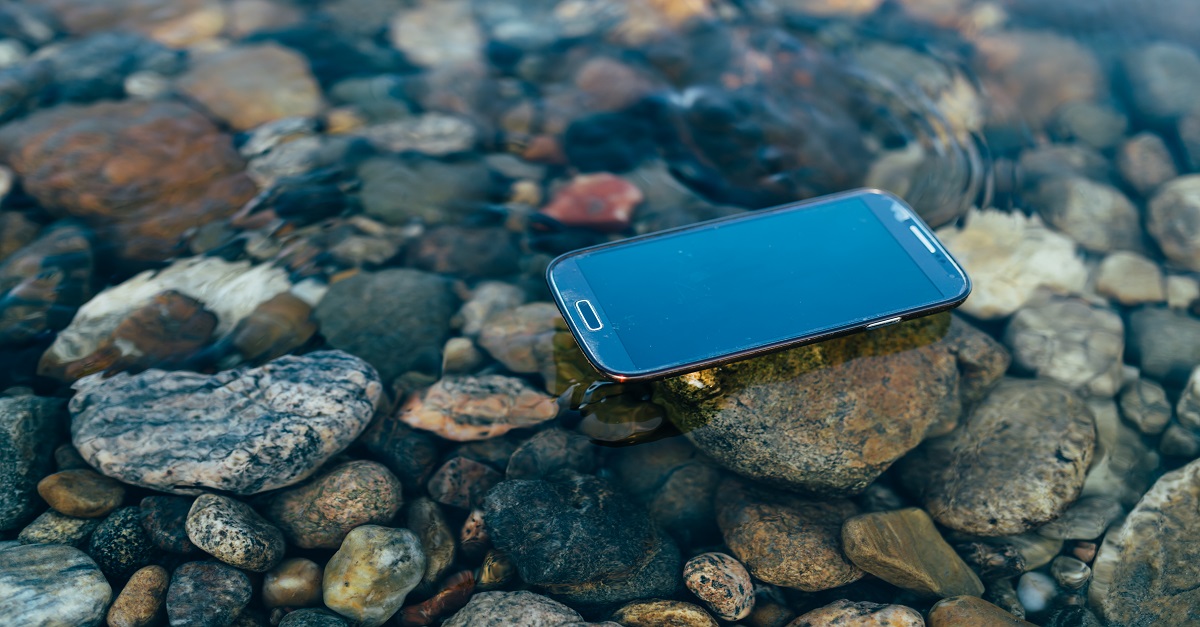 We’ve had meandering phones post selfies onto Facebook of themselves locked up in a prison cell, we’ve seen a guy who pretended he was a woman in order to get his phone back from the online dating-wannabe phone finder, and we’ve seen selfies from random guys who pick them up on the beach.

But eat your gadgety little heart out, lost phones everywhere, because we now have the adventures of a phone that went rafting, took a refreshing dip when it plopped overboard, was fished out of the water by Calgary firefighters, and lovingly adopted into their ranks.

The firefighters obviously took quite a liking to the soggy Samsung Galaxy S4 – it even got to drive their fire truck, as its subsequent Facebook selfies showed.

After finding it in the Bow River in Canada’s Alberta province, they fished it out and adopted it, naming it Hector Sanchez.

But really, it was more like foster care than a permanent adoption.

As the Calgary Sun tells it, Nathan Buhler, of Calgary, had written off the phone as lost for good after it went missing while he was rafting the Bow River on 2 August.

The two firefighters who found Hector had been paddle-boarding to work.

In spite of the phone having marinaded in the river for more than two weeks, they managed to turn it on.

So they posted a status update, letting Buhler know that his phone was happy, healthy and undrowned, hanging out with the station’s crew. They added a photo of the crew, to show Buhler the phone’s adopted parents.

But before Buhler’s girlfriend gave him a heads-up about the update and before he came by to collect the phone, the firefighters treated it to a few adventures.

Facebook status updates showed pictures of Hector strapped into the driver’s seat of a fire engine, assisting with hoses, prepping lunch for the crew, pumping iron in the workout room, and playing table tennis.

Buhler eventually dropped by the fire station to pick up his phone, but nobody was around.

So he said “Hello, I’m looking for Hector Sanchez,” and that did the trick.

He just had time to snap a selfie with the friendly firefighters before an alarm went off and they scattered, Buhler said, off to battle blazes or, who knows, maybe to gallantly gather up more gadgets.

I hate to throw cold water on a good phone-reunion story, but I have to ask – why wasn’t that phone passcode-protected?

Because Buhler didn’t have a passcode on the phone, the firefighters were able to (in the most well-meaning and fun-spirited way, of course!) utterly breach his privacy and post things to his Facebook page.

After all, it’s the rare lost phone that’s fortunate enough to get found by friendly public servants who just want to have fun and reunite an owner with his or her lost, pricey device.

That’s why passcode-protecting your phone is so important.

Not to cast aspersions on the Calgary firefighters, mind you, but anybody who finds a lost phone that lacks a passcode can check out anything and everything, from nude selfies to contact information for your friends.

You don’t want random strangers to be able to text your friends or respond to online dating ads using your account.

To avoid things like that, secure your phone using a strong passcode. It’s also a good idea to make sure your data is encrpyted. You can find more about passcodes, encryption and more in our article Why you shouldn’t worry about privacy and security.

Also, here are 10 tips for securing your phone.

Image of lost smartphone floating on water courtesy of Shutterstock.com