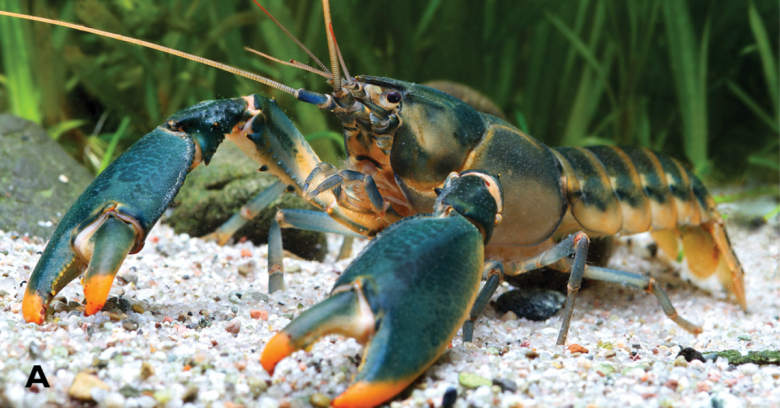 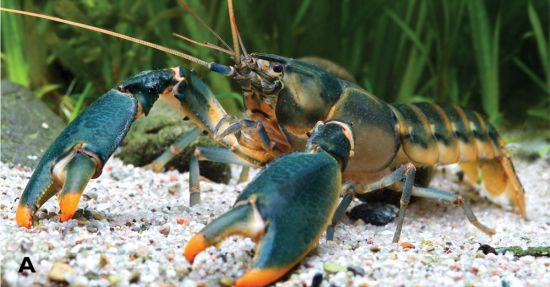 Depending on your point of view, Edward Snowden is either a whistleblower or a leaker; a hero or a traitor.

There’s no doubt that German carcinologist Christian Lukhaup is a Snowden admirer.

In a research paper published this week in the journal ZooKeys, Lukhaup revealed the name of a new species of crayfish he discovered.

He called it Cherax snowden.

Snowden is of course famous for leaking secret documents exposing covert, and possibly illegal, National Security Agency (NSA) surveillance programs. He has been charged in the US with federal crimes including espionage.

However, Snowden is described by Lukhaup as an “[A]merican freedom fighter.”

He decided to “honor” Snowden due to his “extraordinary achievements in defense of justice, and freedom,” Lukhaup explained in the etymology section of his paper.

Scientific names are supposed to distinguish one species from all other species, while also being descriptive of the species.

So how is the name Cherax snowden descriptive of the small, lobster-like invertebrates* found in riverbeds in Indonesia?

As Lukhaup explained to the Washington Post, the crayfish is both powerful and elusive:

A crayfish is a powerful species; it's protected by a very hard shell, plus it has two very effective chelae, the pincers, and even if they are tiny, [they] can hurt a lot. A crayfish lives under a rock. It has to hide from his enemies and he comes out in the night and he hunts, and he is protected by a shell.

Lukhaup has discovered other species, including an unusual blue crayfish he named Cherax pulcher – “pulcher” meaning “beautiful” in Latin.

Having named other species, Lukhaup said he wanted to name one after Snowden because what Snowden did was “very special.”

There have been many species named after famous people who haven’t done as much for humanity as Snowden, Lukhaup told the Post:

After describing a couple new species, I thought about naming one after Edward Snowden because he really impressed me. We have so many species named after other famous people who probably don't do so much for humanity. I wanted to show support for Edward Snowden. I think what he did is something very special.

Cherax snowden, commonly referred to as “orange tip” or “green tip” crayfish because of the coloration on their pincers, was formerly confused with a similar crayfish, Cherax holthuisi – but Lukhaup’s DNA sequencing proved they are different species.

Lukhaup said in his research paper that the snowden variety could be endangered, because it is collected in large numbers for the global aquarium trade and for food by the local population.

As for Snowden the man, he is safe from US prosecution for now, living in exile in Russia.

*The Latin word “invertebrate” means “without a backbone.” So, if you consider Snowden’s actions cowardly (as US Secretary of State John Kerry does), maybe naming a crayfish after Snowden is appropriate.