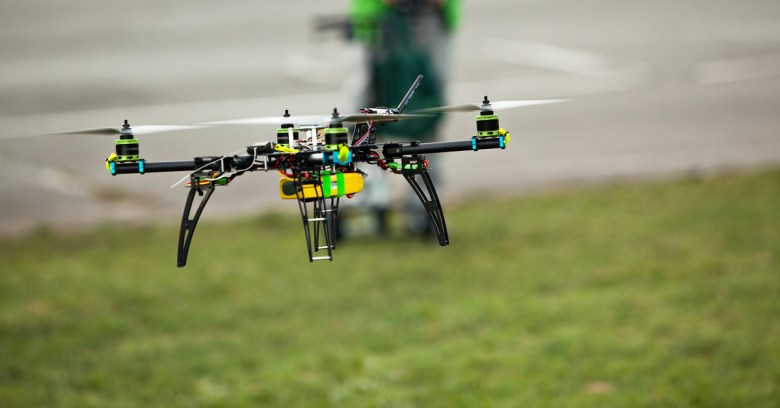 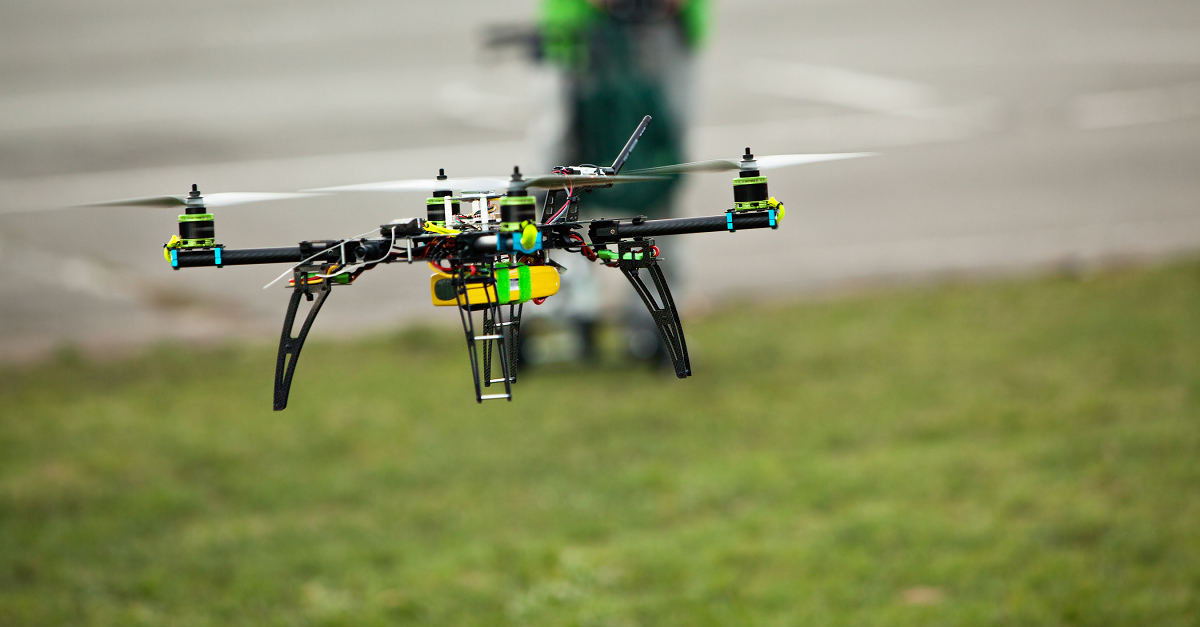 Another month, another handful of drone operators taken into custody: this fresh batch includes operators who allegedly risked people’s lives by 1) crashing into sporting events and 2) buzzing near a helicopter belonging to the Los Angeles Police Department.

An LAPD helicopter had to take evasive action late last month to avoid a hobby drone that, ABC7 reports, flew within 50 feet of the chopper, endangering all onboard the helicopter and anybody on the ground below.

Police had been searching for a suspect in the Hollywood neighborhood of Los Angeles, near Sunset Boulevard and Western Avenue, around midnight when the drone swooped in.

Capt. Al Lopez of LAPD Air Support told the news station that this was the first and “most egregious” time that a drone has come into LAPD helicopter airspace in such close proximity.

LAPD pilot Sgt. Jorge Gonzalez said that the dangers of hitting a helicopter aren’t just that the craft are so large; they also carry plentiful amounts of hazardous jet fuel:

It is very hazardous. It could kill everybody onboard the aircraft and anybody you hit on the ground. These aircrafts are just under 5,000 pounds and they can carry up to 143 gallons of jet fuel.

Police located the drone’s pilot in a pharmacy parking lot and took him into custody for allegedly interfering with police work.

Officers also confiscated his drone, which Petapixel identified as a DJI Inspire model.

Police haven’t released his identity, though news reports have identified the drone pilot as a “he.”

The man was questioned and released pending the results of an investigation.

Petapixel reports that the Federal Aviation Administration (FAA) was notified about the incident and that authorities are studying the camera footage to try to ascertain whether the flyby was intentional.

If it was intentional, he could be charged with assault with a deadly weapon.

If that sounds overly harsh, bear in mind that a collision with a drone could result in fatalities, as the LAPD’s Gonzalez described.

As it is, you don’t need a heavy metal drone to bring down a helicopter: even “mere” bird strikes have crippled choppers and injured pilots, even causing fatalities.

Drone operators in the past two weeks have also crashed their unmanned aerial vehicles (UAVs) into sporting arenas – fortunately, without incurring injuries or fatalities.

As The Guardian reports, a 26-year-old teacher from New York was arrested for allegedly crashing a drone into an empty section of seats at the US Open tennis tournament.

Daniel Verley, a teacher at the Academy of Innovative Technology in Brooklyn, is facing charges of reckless endangerment and operating a drone in a New York City public park outside of a prescribed area.

The drone reportedly buzzed around the court in Louis Armstrong stadium, flying diagonally through the arena during the penultimate game of a match before crashing into the empty seats.

US Tennis Association spokesman Chris Widmaier told The Guardian that no one was injured.

It’s only sheer luck that nobody was in those seats: the players had originally been scheduled to play on a much smaller court, but their match was moved after earlier matches in the Louis Armstrong court wrapped up early.

Player Flavia Pennetta, of Italy, said that nobody told the players what the commotion was about. In fact, she thought it was a bomb:

With everything going on in the world … I thought: ‘OK, it’s over.’ That’s how things happen.

In fact, many in the court were frightened as the drone crash-landed and broke into pieces.

As chance had it, Pennetta’s coach and physical therapist were sitting in the opposite end of the stadium and told her later that they were also frightened by the crash.

Yet another drone crashed last week, this time into the crowded stadium at the University of Kentucky’s Commonwealth Stadium, just ahead of the school’s season-opening football game.

USA Today reports that the drone pilot – 24-year-old Peyton Wilson, a University of Kentucky law student – was arrested and charged with wanton endangerment.

The second-degree charge carries a maximum penalty of 12 months in jail.

Wilson’s drone reportedly hovered close by military skydivers parachuting into the packed stadium with American flags, forcing one of the skydivers to take evasive measures to avoid the UAV after it came within 20 feet of his parachute, as he told police after.

One thing in common

From the sounds of it, the drone operators in all three of these recent incidents have one thing in common: the habit of ignoring one of the most fundamental rules of responsible piloting UAVs.

Drones can have all manner of technical difficulties that could cause them to crash into people, other aircraft or the ground, be it wireless interference, bad batteries or operator error.

Footage of people skydiving, mountain biking, or wildfires might impress viewers, but getting that thrilling footage doesn’t even come close to being worth endangering people’s lives.

Drone operators who don’t respect that common-sense safety rule shouldn’t be surprised at local authorities trying to institute drone no-fly zones, as California recently tried to do – until its governor nixed the bill.

Likewise, cases like these add to the increasing level of public frustration and resulting lack of sympathy with UAV pilots whose expensive gadgets may feel the wrath of privacy-hungry vigilantes.

I’m thinking here of the Kentucky man who was charged with felony criminal mischief and wanton endangerment for shooting down a $1800 drone that was reportedly taking its maiden voyage over his backyard.

Telemetry showed that the operator was flying it well above his neighbor’s personal property.

But evidence exonerating drone operators from negligence is growing increasingly muffled in the court of public opinion, in no small part because it’s being drowned out by the noise from drones being flown recklessly over people’s property and heads.

If you’re a responsible drone operator who keeps your device away from crowds, thank you for being a good role model.

Let’s hope that less responsible operators learn from your example before they hurt – or even kill – somebody.

Image of drone being flown courtesy of Shutterstock.com

14 comments on “Drones buzz around LAPD chopper, crash into US Open and football stadiums”