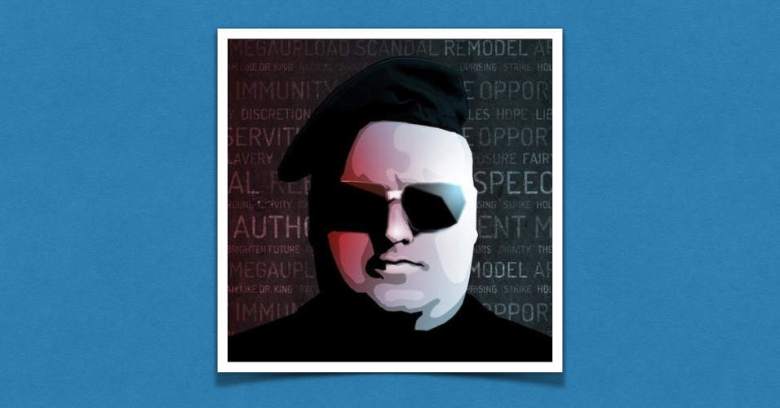 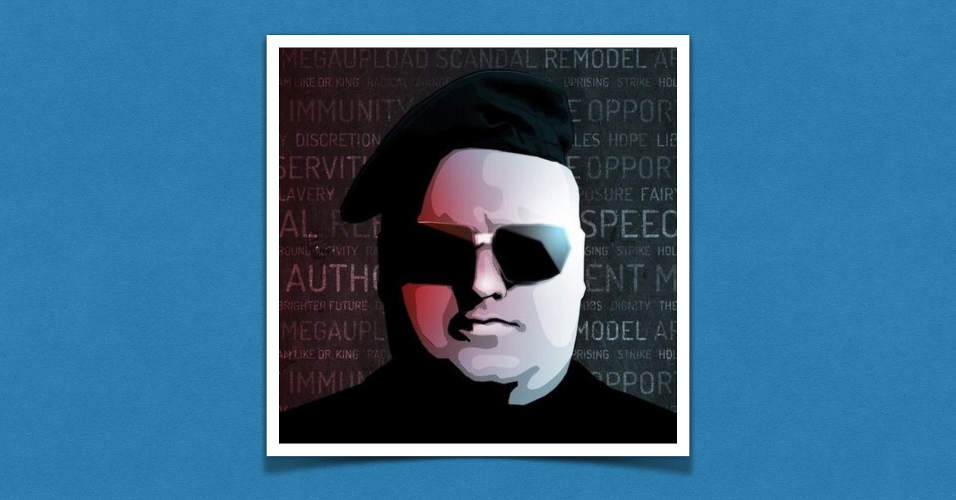 – Kim Dotcom as you will find him on Twitter –

It seems like ages since we last wrote about Kim Dotcom.

Indeed, it is ages – more than a year, in fact – since our previous piece on the larger-than-life online entrepreneur who used to run a website called Megaupload.

Megaupload, essentially a file sharing site, was taken down by the FBI nearly four years ago. 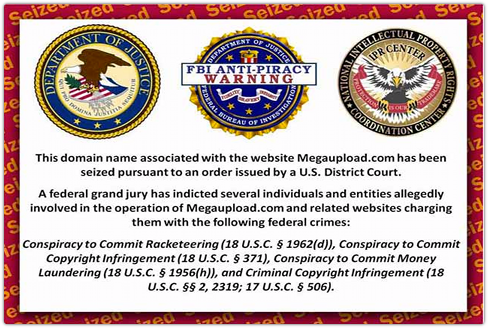 Racketeering is the American term for organised criminality, where you run your criminal activities as though they were a business.

Indeed, the main arguments that boosted Dotcom’s charges from what you might call “plain old piracy” to “living on the proceeds of piracy” seem to revolve around the huge revenues he derived from pirated uploads.

It was a crooked business, argued accusers and critics, because Megaupload paid bonuses to users who uploaded popular pirated content, but paid nothing at all to the creators of that content.

Megaupload countered that argument by saying that it merely operated a popular and very successful cloud storage site, with good performance for a fair price.

But with no built-in search facility, and with a complaints process for removing infringing content, retorted Megaupload, how could the site possibly be relying on pirated downloads to fuel its business?

And thus began a legal saga with many twists and turns.

Within the first year, Dotcom:

There was lots more after that, notably that Dotcom and his then business associates opened a brand new cloud storage site, this time called Mega.

Mega launched with great fanfare, and with a cryptographic twist.

By using JavaScript encryption software that ran right inside your browser, Mega encrypted your data before it went to the cloud, and only ever decrypted it in your browser when you fetched it back.

The encryption keys were generated by your computer, not by the Mega website.

That was good for security, which made for great marketing copy, but it was also good for deniability, because Mega could honestly say that it couldn’t tell if you’d just uploaded pirated material.

From Dotcom’s perspective, Mega didn’t work out too well.

Dotcom has now fallen out with the service, after a Chinese investor bought up close to 20% of the shares, only to have them frozen by New Zealand authorities on suspicion – irony of ironies – that he was laundering money.

Dotcom’s next business step seems to be planning the launch of “Megaupload Version Three,” once his non-compete agreement with Mega ends in 2016.

This time, it will supposedly be a Wikipedia-style, open-source, free cloud storage service funded by donations, not by subscriptions.

At least, that’s the plan if Dotcom doesn’t get extradited to the USA to face those racketeering and money laundering charges that he’s been fighting for close to four years.

Last week, the New Zealand Court of Appeal threw out Dotcom’s latest attempt to delay his extradition hearing, which is scheduled to start next week (21 September 2015).

As the judgment drily notes, “That fixture [the 21 September hearing] is the tenth one that has been made by the…Court.”

For example, Dotcom and his associates claimed to the court that they needed extra time “to call technical evidence from American experts as to the way similar cloud storage websites are run.”

The court wasn’t buying that argument, summarising very pithily that “the appellants can give evidence themselves as to technical aspects of Megaupload and cloud storage systems if they wish. They ran Megaupload for many years.”

So, Dotcom will finally face the music next week, to find out whether he’ll be heading off to trial in the USA, or settling down to have a third crack at the cloud storage business.

How would you play this one?