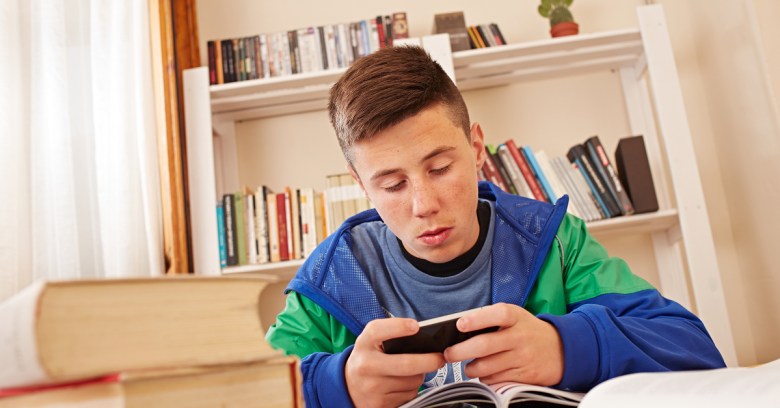 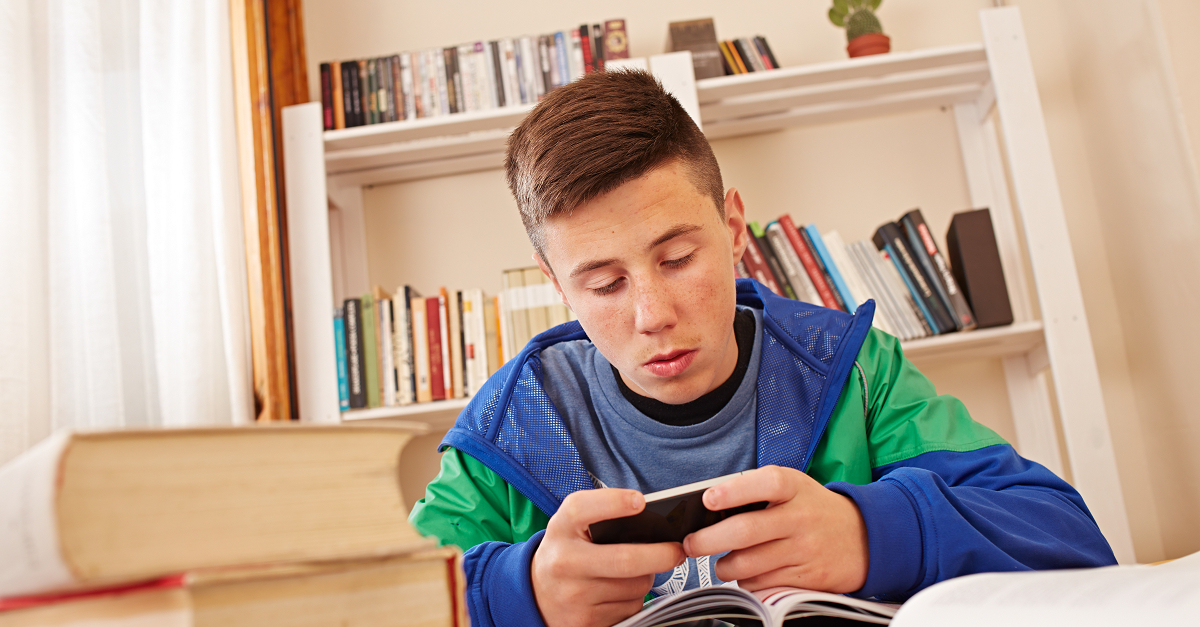 The high school quarterback who was facing four felony charges for sexually exploiting himself and one for having a sexually explicit picture of his girlfriend has agreed to a plea bargain and is now facing a year of probation. He will be not be able to own the devil’s gadget that got him into trouble – a mobile phone – during that time.

North Carolina District Court Judge April Smith earlier this month sentenced the 17-year-old boy to a year of probation, according to Fayobserver.com.

During that time, her order says, the student must stay in school, take a class on making good decisions, complete 30 hours of community service, not use or possess alcohol or illegal drugs, not possess a mobile phone, and must submit to all the warrantless searches the state wants to foist on him.

As we reported previously, the boy and his girlfriend were arrested for sexting each other.

Under North Carolina law, the fact that he’s 17 made him an adult, which thereby rendered him eligible to face felony charges of sexually exploiting a minor by sexting his underage girlfriend.

But because he sexted selfies when he was only 16, he was also accused of sexually exploiting another minor – himself.

In sum, North Carolina criminal law classifies teens aged 16 and 17 as adults when they commit crimes, yet also defines them as minors under the age of 18 when they’re the victims of crime.

He was looking at the possibility of being charged with four felony charges for making and possessing sexually explicit pictures of himself, and one felony charge of possessing his girlfriend’s sexual selfie, which she had sent to him.

The two had only sent the sexts to each other, which led many to question how in the world the police had found out about it.

It turns out that there had been an investigation into an alleged statutory rape involving a 14-year-old girl and other teen boys.

The quarterback, an 11th-grader at Douglas Byrd High School at the time, wasn’t believed to have been involved in that alleged rape, according to Sheriff’s Office Attorney Ronnie Mitchell, but his phone got swept up in the search. Hence, his sexting history came to light.

Similar to what his girlfriend had done in July, the boy admitted responsibility to lesser charges in the plea bargain: in his case, to two misdemeanor counts of disseminating harmful material to minors. Translation: he sent sexual selfies to his girlfriend.

The misdemeanors could be erased from his record if he stays on his best behaviour during the year’s probation. He can also ask that the charges be expunged as well, so that there won’t be any record of his ever having been charged.

Should those kids have been sexting? No. It can lead to sexual content escaping from its intended destination, and the result of that can be harassment, shaming and bullying.

But sexting is too deeply embedded in teen culture to believe it will ever go away, much as security publications and parents would love to see the phenomenon disappear.

Will taking away these two kids’ mobile phones do the trick? Probably.

But the fact that they’re now very much aware of the serious legal ramifications of underage sexting probably already put them off, and taking their phones away is very likely a redundancy.

Time to scare the kids

Most kids have no idea about the legal ramifications of taking, receiving, and/or sharing sexual images of minors, be those images of their lovers or themselves.

Studies have shown that the more kids know about those ramifications, the less they engage in sexting.

These are conversations with kids that have to take place.

Those conversations should include concepts such as just what a felony is, under what circumstances (such as a given state’s laws on the matter) a minor can be criminally charged as an adult, what the penalties for such convictions might entail – including jail time – what it means to be required to register as a sexual offender, and how that black mark can last a lifetime.

Halloween’s right around the corner.

Forget the ghosts and zombies: let’s make sure kids know what the real dangers are when they engage in an activity many incorrectly assume is no big deal at all.