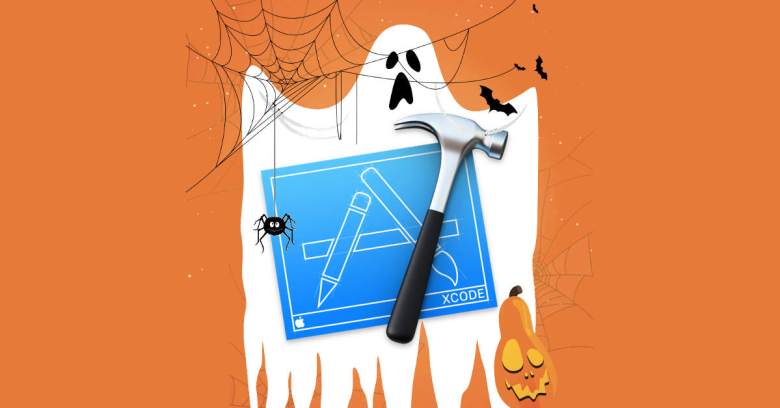 You’ve probably read all sorts of to-and-fro about Apple’s App Store this week.

Until now, the App Store has been to the malware scene what the planet Earth was to Douglas Adams’s HHGttG: Mostly harmless.

That changed a few days ago, when Palo Alto networks published a series of articles about malware that had shown up in the App Store.

This malware not only sailed past Apple’s security vetting process, but also originated from software vendors you wouldn’t expect to be involved in malware creation and distribution.

When Palo Alto began to unravel the how, to go with the what and the when, things quickly got interesting.

In a nutshell, here’s what seems to have happened:

• Chinese cybercriminals produced a “cooked” remix of Apple’s Xcode development toolkit, a multi-gigabyte download that you usually get from the App Store. Xcode is free, so a pirated version sounds pointless, but the theory seems to be that the cooked version was available locally from Chinese servers and was therefore promoted as faster and easier to download.

• The cooked version was, in fact, downright crooked, because the hackers mixed in some “secret sauce” with their locally-sourced download.

• The secret sauce was very different from the usual sort of malware we find stuffed into pirated apps. Instead of directly affecting the developer’s computer, the booby-trapped Xcode, dubbed XcodeGhost, indirectly infected iOS apps when they were compiled.

→ You can see where this is going: developers with sloppy security practices, such as using illegally-acquired software of unvetted origin for production builds, turned into iOS malware generation factories for the crooks behind XcodeGhost.

• The resulting infected iOS apps had malware buried in parts that looked like Apple-supplied components. Apple let many of these apps through App Store validation, presumably because the parts compiled from the vendor’s own source code were fine.

• Numerous booby-trapped apps made it into the App Store before the alarm was raised.

Apple’s response, as reported by the BBC, was understandable:

We've removed the apps from the App Store that we know have been created with this counterfeit software. We are working with the developers to make sure they're using the proper version of Xcode to rebuild their apps. [Christine Monaghan of Apple.]

But modified pirated versions of a download that’s free anyway?

If you’re going to get an unofficial copy of a free download that you then use to build software you expect other people to trust, at least go to the trouble of verifying your download with someone who downloaded the real thing!

Of course, you can also argue that Apple’s App Store verification process shouldn’t have been so easy to trick.

We’re guessing here, but – as we suggested above – it’s reasonable to assume that the malware evaded Apple’s checks at least in part because of where it ended up in the booby-trapped apps.

In a way, it’s a bit like the difference between spotting a hacked ATM that has a fake PIN pad glued onto it by a “outside” crook, and spotting a hacked point-of-sale terminal that was modified during manufacture by an “inside” supply-chain crook.

Let’s hope Apple upgrades its App Store validation process to assume that all parts of an externally-built application may be malicious, not merely the parts where you might most expect malware to be found.

After all, the App Store vetting process isn’t an on-access virus scan that needs to complete within a few tenths of a second so as not to be invasive.

Similarly, the vetting process isn’t like a real-time web gateway filter that needs to avoid holding up downloads to the point that users try to bypass the control.

We suggest the following:

→ Even a pristine installation of Xcode could be tricked into creating malware if it were run on an infected computer. That’s how the Stuxnet virus worked. It didn’t infect the SCADA development software. Instead, it infected the process control software module after it was built, during installation to the target device.

The problem of untrustworthy software development environments is an old chestnut in computer security.

Ken Thompson, one of the most famous Unix gurus of all time, dealt with this problem in his acceptance speech for the 1983 Turing Award.

He called the lecture Reflections on Trusting Trust, and described a booby-trapped compiler that would add a backdoor to the login program when you rebuilt your system.

In other words, if you had security concerns about your system, you could rebuild the whole thing from trusted source code…

…but that didn’t solve the problem of how to trust the compiler needed to rebuild the compiler to rebuild your operating system from trusted source code. (You may want to read that sentence two or three times!)

You compile it; Apple compiles it; if and only if the two packages agree, your App goes forward for further analysis.

We imagine there would be an outcry if Apple were to enforce this – What? Share everything with Apple, even my source code?

But so-called double-compilation is a respectable approach to countering the problem of trusting trust.

It would certainly help to confirm that both third-party developers and Apple were singing from the same code generation hymn-sheet.

Image of ghost and pumpkin courtesy of Shutterstock.