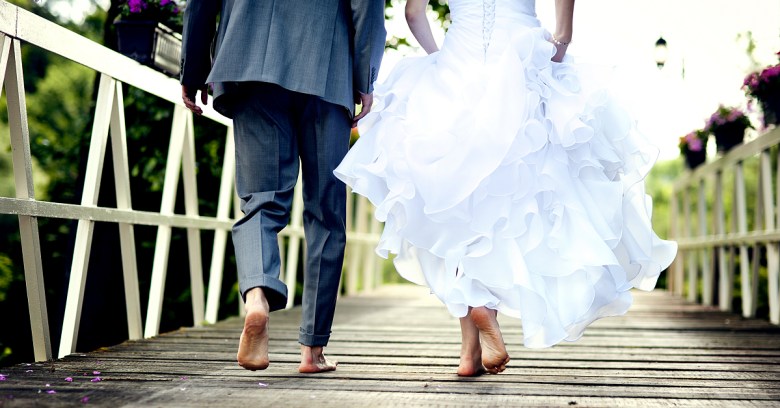 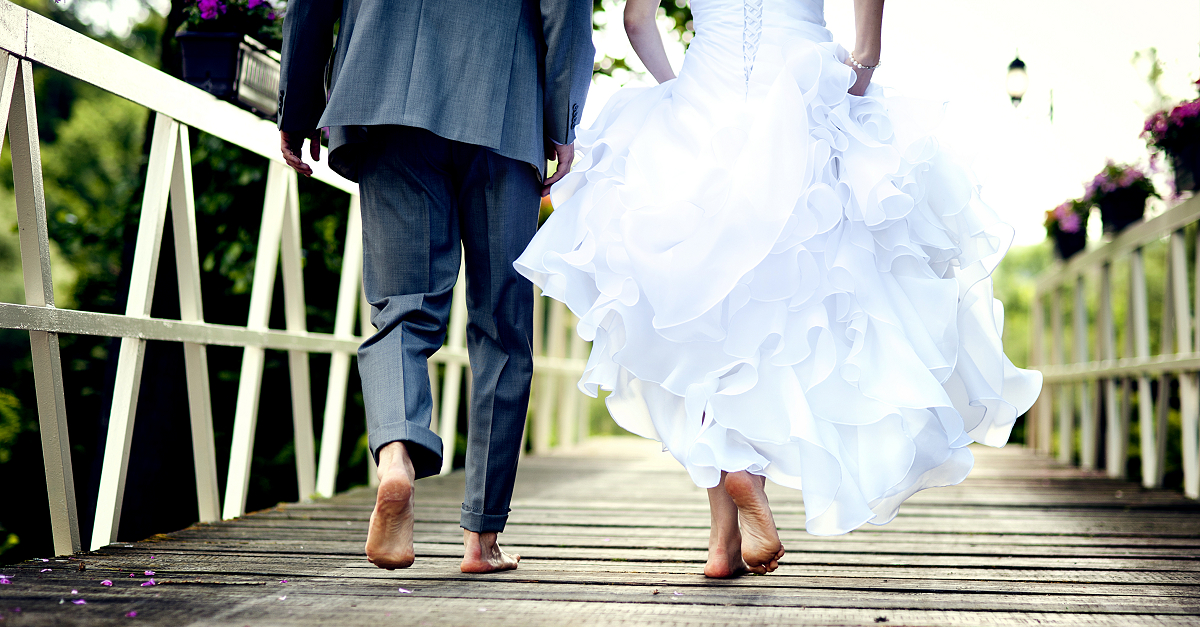 But one day, Facebook glitched, and the end result is that the two are now hitched.

He soon realized that he wasn’t in Kansas anymore, Toto.

Schuler had been using a flip-phone (ahh, the memories!) to log into his Facebook account. When he opened the browser and went to facebook.com, Facebook didn’t even give Schuler the chance to enter his login information.

Instead, he had unwittingly, unwillingly “hacked” into Celeste’s account. 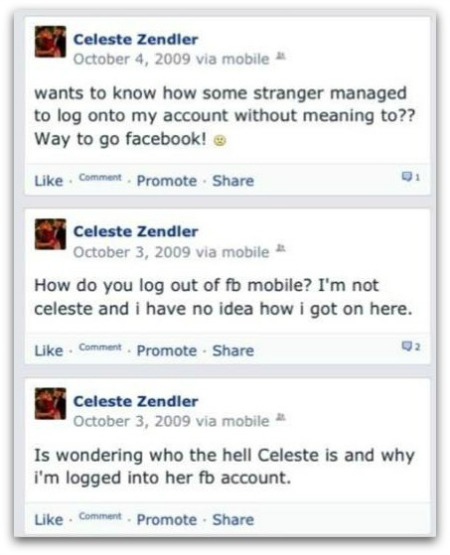 How do you log out of fb mobile? I'm not celeste and I have no idea how I got on here.

Even after a bemused Celeste and her friends tried to coach him on where the logout button was, he couldn’t do it: the logout button had mysteriously disappeared, leaving him stuck in Celeste’s  account for a week. 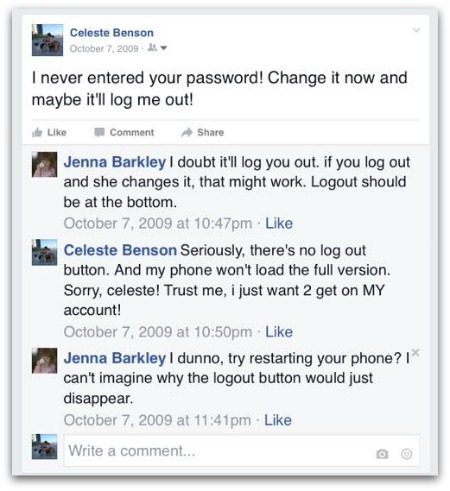 Sorry, Celeste! Trust me, I just want 2 get on MY account!

No logout button, no way for Schuler to get out of her account, no way to kick him out.

So they ended up posting back and forth on her wall, identifying themselves to try to avoid confusion: “This is Celeste,” vs. “This is NOT Celeste.”

Fortunately for both of them, Celeste was pretty good-natured about the whole thing. Schuler had simply been thrown together with what turned out to be “a nice lady named Celeste, who lived in Boulder, Colorado.” (He was living in South Arkansas at the time.)

Finally, Celeste had a brainstorm, and they managed to get unglued, Schuler said:

After some understandable confusion (and a little panic on both parts), I was able to log out after she sent me a friend request.

Celeste kept him as a friend for a while, just to make sure that things had been ironed out. She admitted that she intended to delete Schuler a few days later, but it turns out the two had a lot in common.

She told Heavy.com that he made her laugh:

I never did [delete him] because I enjoyed his status updates. He would post such funny stuff that I liked having him in my feed. We commented here and there on each other’s statuses and that is how we got to know one another.

The friendship grew over the course of the coming years. Celeste told Heavy that she was in a serious relationship until 2012.

It literally took years to go from Facebook friends to a romantic relationship.

Then, in 2013, they decided to start dating, Celeste said, and the rest is history.

But this time, he did it willingly, and with a serious intent.

***ATTENTION: This is NOT Celeste. Her account has been HACKED… for the SECOND TIME.***

And, for the second time, it’s been hacked by me, Schuler, her boyfriend. For those who don’t know, Celeste and I met in October of 2009 when a glitch in Facebook Mobile logged me into her account from a cell phone I used while living in South Arkansas. After that, we became friends, grew closer, and eventually began a relationship. Prior to this, we’d never met, never lived in the same town, never known any of the same people, either on Facebook or in the real world. We were connected at random, by accident, and against odds. Some quick comparisons: In the fall of 2009, Facebook already had over 175 million users. Rounding down, the odds of us connecting were less than 1 in 175,000,000.

As amazing as our story is, it puts me at a disadvantage. If I were to ask Celeste to marry me, I wouldn’t be able to take her to the place we first met, because it wasn’t a physical location. So I’m coming back here. Celeste, I’m hacking into your Facebook account for the second time (on purpose for the first time ;)) to ask you a question. In a sea of millions of people going in millions of different directions, without even knowing we were looking, we found one another. You are truly my other half, and I want us to be with each other, in love, always. Will you marry me?

He had a ring in hand, Celeste said, all ready to whip out when she checked her Facebook account.

Of course, she said yes, and that’s why, if you check accounts of their story with more recent screenshots taken of their exchanges, her name now reads Celeste Benson.

One of the best responses on that proposal post:

And one of the tip-top responses on the story as Schuler told it on Imgur:

Meanwhile, faraway in a darkened room, Mark Zuckerberg sips his coffee, and whispers to himself, "Experiment 471 was a complete success." 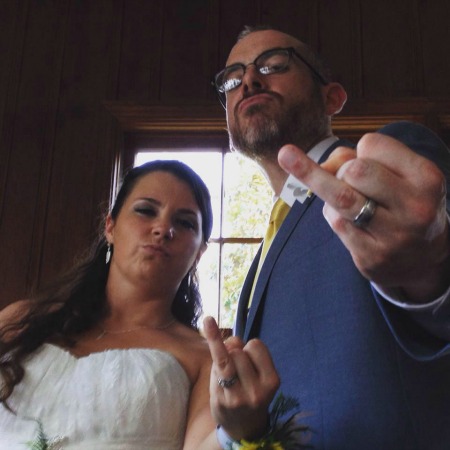 Of course, as many other respondents have since pointed out, Facebook has done plenty of experiments that aren’t quite so Squeeeeeeeeeeee, and there are plenty that we don’t know about.

For example, around about the same time that Schuler was popping the big Facebook post question in June 2014, Facebook was shrugging at the public’s ferocious response to its “emotional contagion” research.

Nobody’s griping at Facebook over the love-glitch, though. They never figured out what caused the error, and from the sounds of it, they don’t need to know.

Let’s just let Facebook off the hook and call it fate.

Celeste and Schuler met in person in June 2013.

By the fall of 2013, she had relocated from Colorado to live with Schuler in Arkansas.

In June 2014, they were engaged. They subsequently moved to South Carolina and were married on 21 June 2015.

I second yet another excellent response from Imgur: