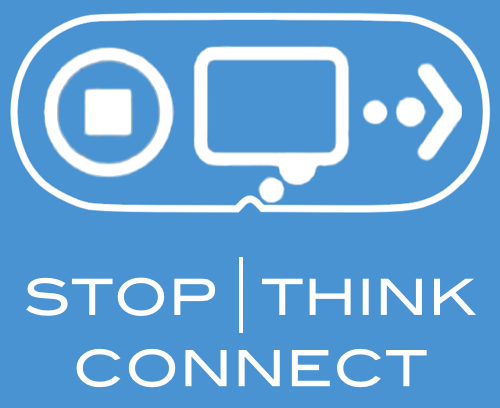 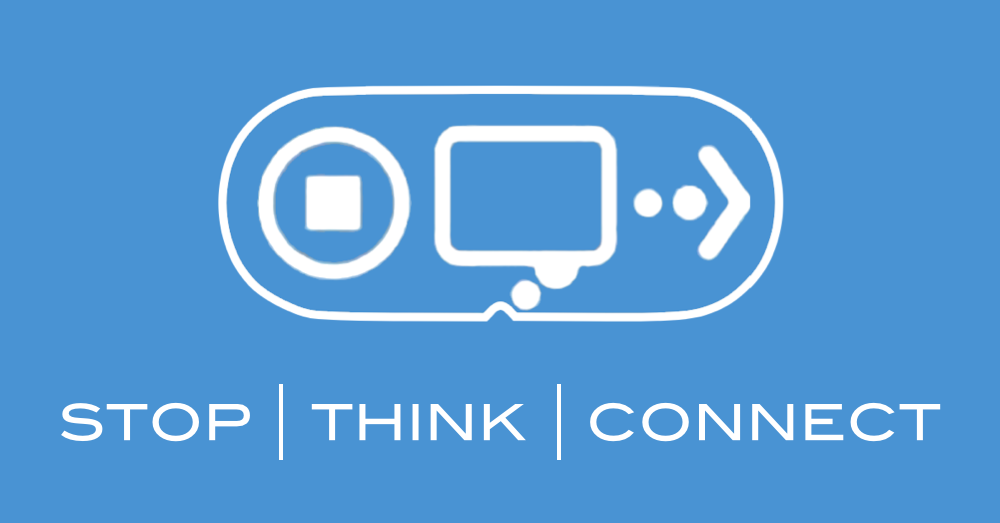 When the 2015 National Cybersecurity Awareness Month (CSAM) started last week, we kicked off with an up-beat look at computer security.

It’s the fifth year of CSAM’s Stop | Think | Connect message, so we came up with a list of five security topics where we thought things had improved in recent years, as a way of saying that it’s not all doom and gloom.

But security is a journey, not a destination, so there is always room for improvement.

And this week, CSAM’s theme is Creating a Culture of Cybersecurity at Work.

So, what’s the biggest and best thing you can do at work to help keep cybercrooks out of your business?

If you’re a regular reader of Naked Security, you’re probably familiar with the sort of technological tips we like to hand out, such as:

But that’s all technical stuff.

What about behavioural changes?

We’ve just published an excellent article by Sophos security expert Ross McKerchar, entitled How to create a culture of cybersecurity at work, which we think you should read. 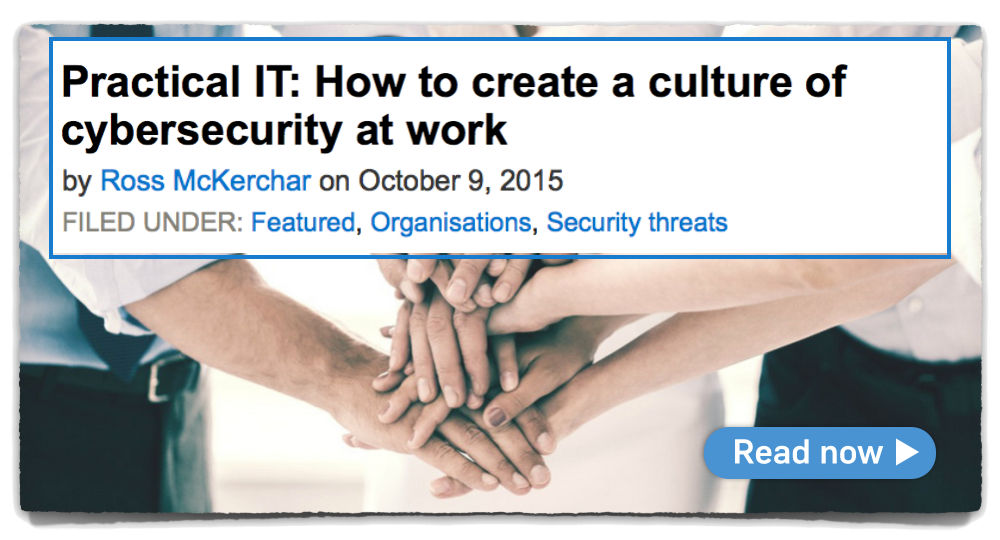 But we also thought we’d concentrate on one topic that has become a firm favourite with crooks who can’t get in by guessing your passwords, hacking your server, or sneaking malware into an ad network that you trust, or some other bypass-the-human-factor attack.

We’re talking about phishing, or, more particularly, what is often called spear-phishing.

We normally associate phishing with cybercrimes that relate to on-line banking, where crooks lure you to a website that is a visual clone of your bank’s login page and wait for you to put in your password.

But phishing covers more than just fake banking sites: it’s really just dangling digital bait in front of you, and waiting for you to swallow it.

So, those fake invoices that arrive telling you that someone bought an airline ticket on your credit card, please open the attached document for details if you want to dispute payment – that’s phishing, too.

So are those fake courier notes that say they need you to confirm your company’s address so that an undelivered item can be shipped at last.

Spear-phishing, for the most part, is very much the same thing, except that the bait is more specific, and thus the attack generally seems more believable.

Simply put, if a fraudulent email starts, “Dear Customer”, it’s a phish, but if it starts, “Dear Your Actual Name“, it’s a spear-phish.

Of course, many spear-phishes are much more pointed than that, if you will excuse the metaphor.

Well-prepared crooks may know your job title, your desk number, the sandwich shop you often visit for lunch, the friends you hang out with, your boss’s name, your previous boss’s name, and even the name of the supplier of the company’s official coffee beans.

And, as you can probably imagine, when it comes to spear-phishing, nothing breeds success like success.

The more that crooks, or cybergangs, or a team of state-sponsored actors, learn about your company, the more believable their phishing attempts will appear.

The crooks can acquire that information in many ways, including

You can probably think of many other ways that “secret” information can become anything but.

If a phisher, or spear-phisher, gets in your face, then YOU become the primary line of defence, no matter what technological protections your sysadmins may have in place.

Unfortunately, anti-phishing advice often ends up being rather specific, such as advising you to “look out for spelling mistakes,” or to “be suspicious of bad grammar,” or to “make sure you are on a genuine HTTPS web page.”

All those things can really help, but phishers can front up to you in many ways, including email, web, telephone, SMS, Twitter, Skype, Facebook – any conduit via which you are accustomed to receive messages.

So your simplest and most general defence is this: caution!

In the CSAM words we quoted above, Stop | Think | Connect.

A phisher, or spear-phisher, will almost always require you to act in a non-standard way.

After all, if you follow the usual procedure, such as logging into your corporate account to check up on courier deliveries, you won’t fall for the crook’s trick of asking you to open an emailed document attachment instead.

So, keep these tips in mind:

Oh, and if you do think that a crook out there is trying to trick you into giving away information you shouldn’t, report it, as a warning to everyone else in the company!

→ Phishers and social engineers don’t usually stop at one person. If you tell them to take a hike when they ask you to reveal a password, they’ll probably call the next number on the list, and the next. The sooner someone raises the alarm, the more likely that everyone in the company will get to stand up to the treachery.

And if your company doesn’t have a place to report this sort of thing, show your bosses this article and tell them they should have one.

2 comments on “Don’t fall for phishing and spear-phishing – stay #CyberAware!”