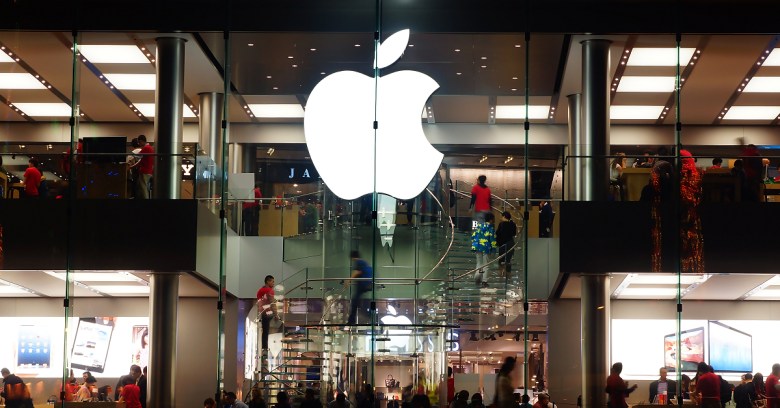 An Apple store employee in New York has been charged with using bogus credit cards to buy nearly $1 million worth of Apple gift cards.

According to a news release put out on Tuesday by Queens County District Attorney Richard A. Brown, the 24-year-old man from Queens was charged with grand larceny for allegedly re-encoding credit and debit cards while working at the Apple store in the Queens Center Mall for 3 months this year.

When Profit was arraigned on Friday night, he was also charged with possession of a forged instrument and of stolen property.

Apple allegedly began getting notifications of charge-backs – those are purchases made on credit or debit card that the issuing companies refuse to pay because they’re deemed fraudulent – on the gift cards earlier this month.

When he was arrested, Profit allegedly had 51 Visa and/or American Express gift cards with re-encoded magnetic stripes.

We don’t have details on Profit’s alleged re-coding, but we do know that the data on credit cards’ magnetic stripes – known as track data – can be used to fairly easily create counterfeit cards by encoding the data onto any card with a magnetic stripe.

After lagging behind Europe, retailers in the US are finally beginning to adopt more secure credit cards that have embedded chips rather than the magnetic stripes.

In fact, Target, the horrifically hacked retailer, hurried to adopt the more secure chip-and-PIN card payment setup in the wake of a breach that was thought to involve more than 100 million records.

Profit allegedly told police that he was making a measly 10% on the cards, selling each $2000 gift card for $200 to an unnamed individual.

Profit also allegedly had 7 Apple gift cards worth $2000 each.

He’ll be looking at up to 15 years in prison if convicted. Profit was ordered to be held on a $20,000 bail and to return to court on 10 November.