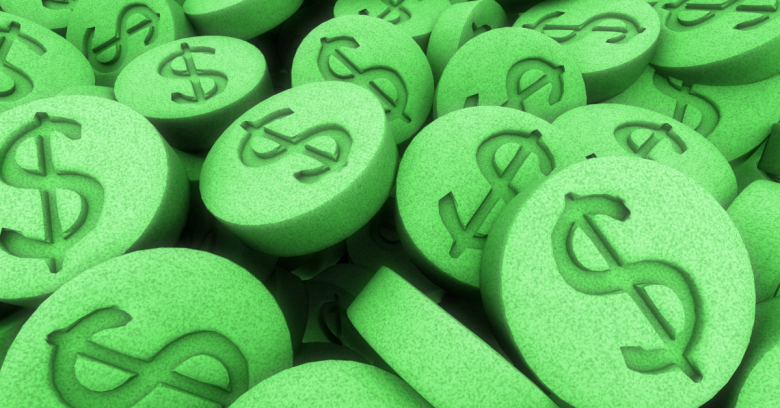 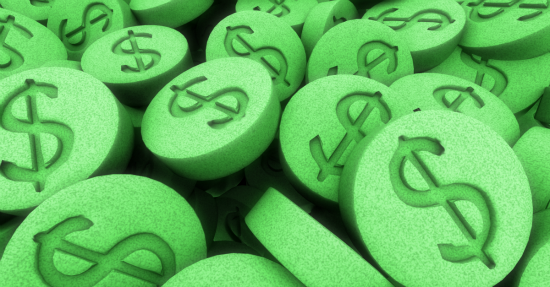 Two weeks of trudging out to an empty mailbox.

Finally, Reddit user b_l_i_s_s gave up hope of ever getting his* Dark Web drugs delivered.

He recently wrote that he’s one of 15+ people stuck waiting, fruitlessly, for this particular dealer to make good, having received nothing in exchange for their bitcoins, as yet another dealer simply walked away with their virtual money.

These anonymous markets just give the security blanket to literally beat all of your customers at once without repercussion AND actually walk away from the game scot-free.

But how much of a security blanket is an anonymous drug market, in reality?

After all, bad-faith dealing leaves tracks. It’s not hard to find complaints about specific Dark Web vendors on Reddit or other forums.

You don’t need to dig up a real identity or a real name to sniff out trouble: just searching the alias alone can turn up complaints and uncover a take-the-money-and-run scam.

Now, Reddit user twofeetdown, who described herself* in a message to Motherboard as “a graduate student at a large university in the bay area,” is designing an algorithm that could predict when a Dark Web drug dealer is about to pull an exit scam.

This is how twofeetdown described the project in a post titled “Predicting Vendor Exit Scams“:

I'm doing a machine learning project on predicting vendor exit scams. We have crawls of the Agora forums and marketplace, but we need names and dates of confirmed scammers. If you know of a seller who exit scammed while on Agora, please post their seller name and a rough date in the comments. Dates don't have to be exact, but the closer to the day they stopped shipping orders, the better. All code/data will be open source and posted on github, so hopefully this can be used to help protect everyone!

As Motherboard’s Jordan Pearson notes, purchasing illegal drugs online is “arguably kind of a dumb thing to do,” given the interest Dark Web drug markets have attracted from law enforcement.

There have been high-profile arrests related to Dark Web drug markets, including arrests of a few law enforcement agents themselves, as well as the life imprisonment of Ross Ulbricht, former kingpin of Silk Road.

Be that as it may, people are still buying.

Twofeetdown is hoping that artificial intelligence (AI) can be trained to predict when they might be in danger of getting fleeced, she wrote to Motherboard, with current methods of scam alerts not working very well.

Her algorithm is learning to spot scams from data such as poor seller reviews or complaints about missed deliveries.

There are also patterns of behavior that often correspond to scams, such as when a seller advertises a big sale and then demands that buyers send bitcoins directly, bypassing escrow services used by most markets.

All those things are pretty detectable just by scraping the forums and market. Of course, if a vendor just completely disappears, there's not much to go off.

There's a lot of extra money to be made if you pump your sales before leaving, so most of the big scams have followed this pattern.

She told Motherboard that she’s already written code to parse archives of the popular Agora market.

She said that the archives were collected by an independent Dark Web researcher called Gwern, who regularly scrapes the markets and releases the archives.

As twofeetdown said in her project description, she plans to make the code available in open-source form on Github so anyone can use it when the project is completed.

Motherboard says it may well be unlikely that the markets would integrate the code into their sites, given that they apparently haven’t learned their lesson even after having lost potentially millions of dollars in Bitcoin.

We shouldn’t downplay the desperation of drug-buying people who get caught in Dark Web scams.

Redditor comments following the vanishing of the Evolution market in March included messages such as this one, from somebody who claimed to have lost 50 bitcoins in escrow:

I OWE MONEY AND CANT PAY IF THIS IS TRUE. MY LIFES IN DANGER. PLEASE DONT BE TRUE PLEASE.

But losing money in a drug market scam isn’t the only thing that should keep buyers awake at night.

Despite the promise of anonymity, there are plenty of ways to get busted on the Dark Web, be it using a Dark Web site with a security flaw, using a regular website like Reddit to brag about being clever, leaving Exif data in your photos (the metadata that reveals when and where they were taken), trying to buy poison from a police officer, or asking a cop posing as a hitman to bump off an ex-employee.

You’re probably right to be paranoid.

*The genders used in this writeup are all arbitrarily assigned, given that these users are anonymous. Who knows?