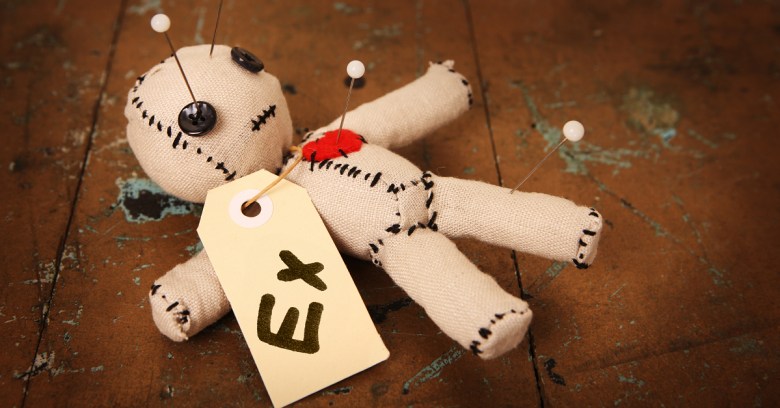 Do you really need to see your ex flirting with others on Facebook?

Is it going to help you heal at all whatsoever if you notice that their relationship status has changed?

Research has already answered that: online surveillance of an ex can trigger negative feelings – particularly for those who as children have developed an anxious, insecure attachment style.

Anxious people have a tendency to cast about for coping mechanisms.

Unfortunately, the coping mechanism is often to go back online, to seek romantic alternatives or anything that will make us feel better.

The result: more exposure to the fact that the ex is doing fine without us, which in turn makes it all worse.

It’s now testing tools that will help people manage how they interact with their ex-partners after relationships have ended.

Facebook Product Manager Kelly Winters explained in a blog post on Thursday that Facebook will offer users the option to use the tools when they change their relationship status.

To keep us from becoming stalkers and to help keep from being stalked, the tools will enable users to quickly and easily:

This work is part of our ongoing effort to develop resources for people who may be going through difficult moments in their lives. We hope these tools will help people end relationships on Facebook with greater ease, comfort and sense of control.

The tools sound like they could be helpful for those who have difficulty controlling the urge to keep compulsively checking up on exes.

They’re also a good reminder about the importance of buttoning up our privacy so that we don’t become surveillance targets ourselves in the aftermath of a breakup.

The jilted-ex tools are obviously not designed as a shield for domestic abuse victims, who have to take far more extreme steps to protect themselves online.

Often, such people turn to pseudonyms to protect themselves from cyber stalking partners.

That, in turn, brings up Facebook’s authentic-name policy – a policy that has hampered people’s ability to protect their identities online but which, thankfully, is due for a major overhaul in December.

In the meantime, tips to make your Facebook account safer include checking how others view you on Facebook, limiting the audience for past posts, and locking down the audience for future posts.

We recently reviewed how to do all those things when Facebook enabled people to search anyone’s public posts – all 2 trillion of them.

Facebook started to test its ex-partner lock-down tools last week in the US on mobile. It will tweak and roll them out based on feedback.

The tools will be optional, and Facebook said that people will be able to access them in the help center anytime.

After all, a sabbatical from any Facebook activity at all is good for the psyche: new research suggests that quitting Facebook altogether, at least for a short period of time, makes people happier and less stressed.