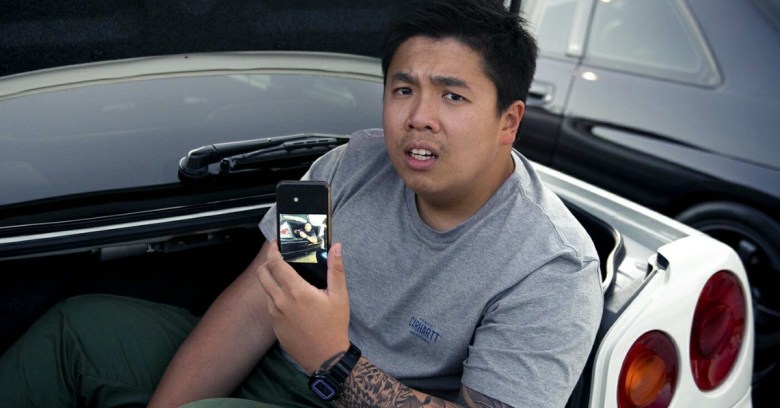 An Australian (maybe, unless he lied on his profile) man (your guess is as good as mine) who in January 2015 whined about his Facebook account being “shut down multiple times” (take that with a tub of salt) has confessed that it was all a hoax.

The name that he originally claimed gave him headaches: Phuc Dat Bich.

Included with that January post was a photo of his passport which did indeed show his name as being Phuc Dat Bich.

Thus, it’s unclear whether he …

In the post he put up on Tuesday, Bich or Carr or whatever his name is said that it all started as a prank between friends that “made a fool out of the media.” 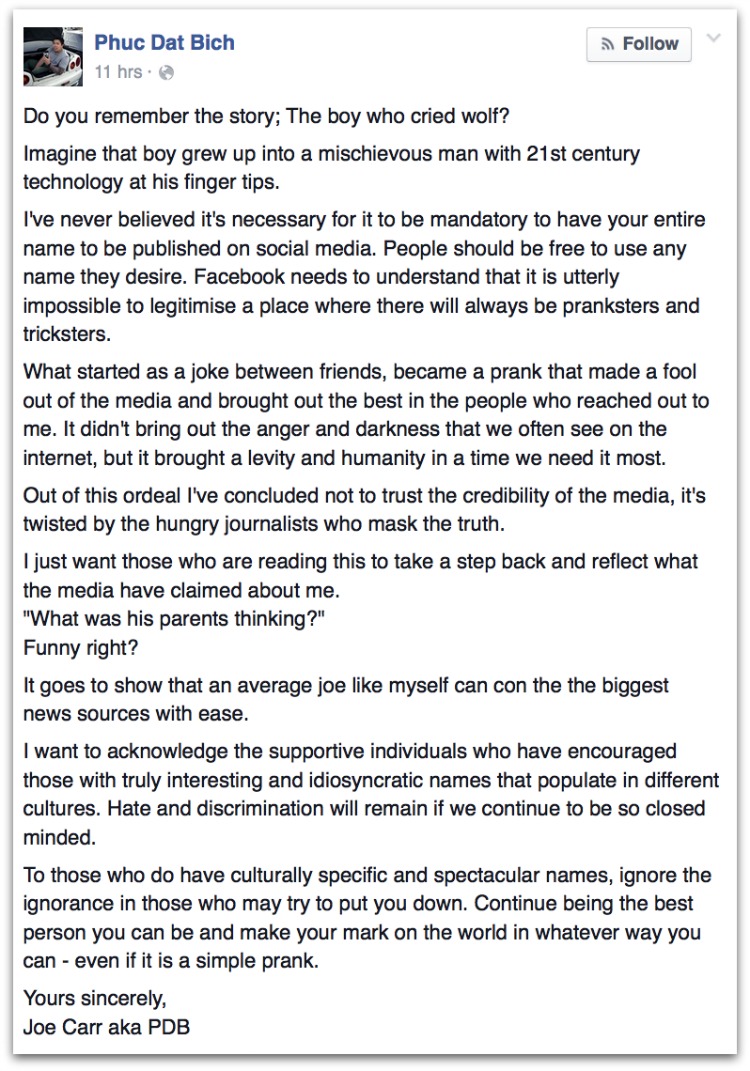 What started as a joke between friends, became a prank that made a fool out of the media and brought out the best in the people who reached out to me. It didn't bring out the anger and darkness that we often see on the internet, but it brought a levity and humanity in a time we need it most.
Out of this ordeal I've concluded not to trust the credibility of the media, it's twisted by the hungry journalists who mask the truth.

Always interesting when a liar points a finger at those who believe him and accuses them of lacking credibility, isn’t it? Talk about a pot calling the kettle black.

He or she expressed support for those who authentically have problems with cultural acceptance of their names.

Which is appropriate, given that issues with Facebook’s real-name policy have been a serious and ongoing story.

The Nameless Coalition, consisting of 75 human rights, digital rights, LGBTQ, and women’s rights advocates – including the Electronic Frontier Foundation (EFF) and the American Civil Liberties Union (ACLU) – in October penned an open letter to Facebook explaining why the policy is broken and how Facebook could mitigate the damages it causes.

We printed a few of those before, but Mr. or Ms. Carr’s prank presents good cause to reiterate that there are real people who actually do suffer, and why the media should in fact pay attention to their stories (and, of course, verify, to the extent possible when dealing with a prankster), so here they are again, as excerpted from the appendix:

Facebook responded to the open letter by promising that changes to the real-name policy will arrive in December.

In the meantime, if you’re interested in how to pronounce the Vietnamese name Phuc Dat Bich, the BBC’s Nga Pham has explained that it would sound like Phoo Da Bic.

I posted a comment on Bich’s/Carr’s post asking if he altered his passport or if the confession that this is a hoax was in itself a hoax. I’ll let you know if I hear back.

Image of Mr Bich courtesy of his Facebook page.

4 comments on “Phuc Dat Bich’s Facebook real-name woes were all a hoax, probably”