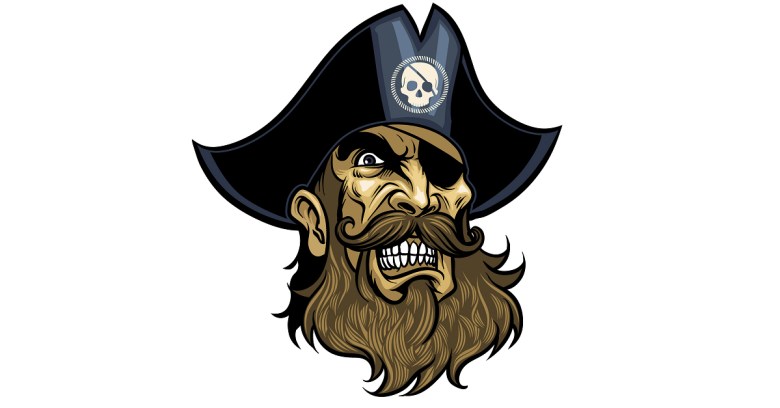 Congratulations goes out to Jakub F: Between posting his anti-piracy propaganda video on Tuesday and Friday night, he scored 606,224 views.

He only needed 200,000 views in one of the most unique approaches ever to dealing with shaking down a software pirate who doesn’t have the cash to pay his fines.

Jakub had been ordered by a court to get those views on his public service announcement (PSA) as an alternative to coughing up what the aggrieved copyright holding companies had decided was their financial loss due to his piracy.

As Torrent Freak reported last week, the deal to swap onerous fines for a widely viewed anti-piracy video came out of a court in the Czech Republic.

Jakub had been accused by the Business Software Alliance (BSA) of pirating software, including Microsoft’s Windows.

After the BSA managed to track him down, the police raided Jackub’s house and took his computer, DVDs and external hard drive.

In September, a district court found Jakub guilty, gave him a three-year suspended sentence and ordered that his equipment be confiscated.

It didn’t stop there, though.

Companies involved in the lawsuit – among them were Microsoft, HBO, Sony Music and Twentieth Century Fox – estimated that Jakub had cost them that mortgage of theirs.

Economists have been scoffing at the intellectual property police’s dodgy estimates of lost profits (and US jobs) since the days of the Stop Online Piracy Act (SOPA).

Back in 2012, when the US Congress was looking at SOPA and the Protect IP Act (PIPA) bills, the bills’ supporters were flinging around numbers about online piracy costing the US economy between $200 and $250 billion per year, and being responsible for the loss of 750,000 American jobs.

But apparently made up.

A few years earlier, the Government Accountability Office had released a report noting that the figures “cannot be substantiated or traced back to an underlying data source or methodology” – polite government-speak translated by Freakonomics to mean “these figures were made up out of thin air.”

When it came to Jakub’s fate, the Czech Republic court was likewise a bit skeptical about how much money Jakub had allegedly caused the companies to lose.

Torrent Freak said that it was unclear if the companies had actually intended to try to claw back the money they said they lost, but at any rate, Jakub and the corporate lawyers reached an agreement to make that $373,000 go away.

They called it an “alternative sentence.”

Namely, Jakub agreed to star in the PSA about his life as a pirate. Get 200,000 views, and the fines go away.

Jackub himself set up a site to promote it: mojepiratstvi.cz .

Torrent Freak shared its translation of how Jakub begins his tale:

I had to start this site because for eight years I spread pirated software and then they caught me. I thought that I wasn’t doing anything wrong. I thought that it didn’t hurt the big companies. I didn’t even do it for the money, I did it for fun.

I felt in the warez community that I meant something. I was convinced that I was too small a fish for someone to get to me. But eventually, they got me. Even for me, the investigators came to work.

He went on to explain that he plays himself in the video and that it’s really his story:

If I promote my story and my video gets at least 200 thousand views, I will only serve the general part of my sentence.

In the video I play myself and this is really my story. I shot the video with a professional firm. Sharing is how this started and sharing is how I would like my story to end up.

Well, obviously, it worked. The video went viral, and the companies got their message spread, just like they wanted.

Unfortunately for them, much of those views seem to be coming from people outraged at what they see as the corporate tactic of public humiliation.

GlitchByte, a commenter on the video:

...this public humiliation stuff is like a sad step backward toward some sort of screwed up gladiator arena thing. I'm straight edge. I always pay for my stuff even if I think the price is ridiculous, but SORRY - this kind of thing doesn't intimidate me, it makes me angry. If ever I was gonna pirate, it would be a video like that that made me want to.

Thus, Jakub is apparently off the $373,000 hook, but whether his video convinced pirates not to be pirates is an open question.

Now, the companies who made him do it seem to be, at least from a PR perspective, on the hook themselves.

Image of Pirate courtesy of Shutterstock.com