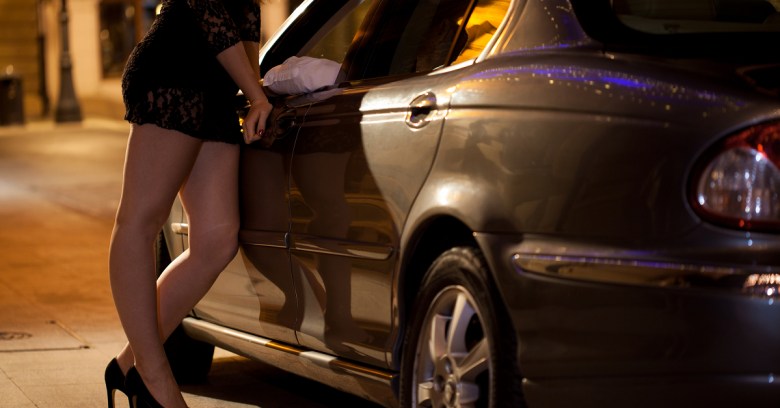 Be careful where you park your car: if it’s in a neighborhood known for prostitution, there’s a chance that you – or whoever gets to the mailbox first – could find a “Dear John” letter that gently, unsubtly offers advice about avoiding sexually transmitted diseases (STDs), among other completely unsolicited and potentially unwarranted “advice.”

The Los Angeles Daily News reports that last Wednesday, the Los Angeles City Council voted to have the city attorney’s office analyze the proposal to use license plate readers to determine who owns the vehicles and to send “John letters” to those owners if they’ve been parking, or driving slowly through, such neighborhoods.

The hope is that the mail will be opened by mothers, girlfriends or wives.

The proposal comes from Councilwoman Nury Martinez, who represents a San Fernando Valley district that has a thriving street prostitution problem.

Martinez has said that many of the prostitutes are either children or exploited women.

She also said something that makes absolutely no sense whatsoever: that only those guilty of soliciting have anything to worry about.

From a statement issued by her office last Wednesday:

If you aren’t soliciting, you have no reason to worry about finding one of these letters in your mailbox. But if you are, these letters will discourage you from returning. Soliciting for sex in our neighborhoods is not OK.

She said in a release that the letters will be generated only with probable cause:

While we can’t discuss the specifics of LAPD’s implementation of this tool, there will need to be probable cause to generate a letter - you won’t simply get a letter because you’re in the area. In short, if you aren’t soliciting, you won’t have to worry about one of these letters ending up in your mailbox.

This is patently absurd, many claim.

Nick Selby, CEO of StreetCred Software, a Texas police detective and a general supporter of using license plate readers for police work, writes that Martinez is flat-out wrong: you don’t need to hire a prostitute to get one of these letters.

Rather, this is a “legislated abuse of technology that’s already controversial”:

Have Ms. Martinez and the Los Angeles City Council taken leave of their senses? This scheme makes, literally, a state issue out of legal travel to arbitrary places deemed by some — but not by a court, and without due process — to be “related” to crime in general, not to any specific crime.

There isn’t “potential” for abuse here, this is a legislated abuse of technology that is already controversial when it’s used by police for the purpose of seeking stolen vehicles, tracking down fugitives and solving specific crimes.

Selby says it’s “theoretically possible” that police could spot a car driving in that slow cruising style typical of johns looking to solicit, see the car stop in front of somebody who could be, or is, a prostitute, and so decide to investigate.

(That’s actually not very common, he said: it takes way too much manpower and time.)

The City Council wants to “automate” this process of reasonable suspicion, Selby says, thereby reducing it to mere presence at a certain place, and then deploy it “on a massive scale.”

So not only is LA looking at sending out letters that apparently have no legal standing and that could have significant adverse consequences to recipients – who could be perfectly innocent – there are “grave issues of freedom of transportation and freedom of association here.”

Guilt by association would be a higher standard.

What makes the plan of action – namely, going after people who’ve done nothing outside of traveling legally on city streets – even more outrageous is that it would be funded with municipal funds, Selby points out.

It would involve accessing state-funded Department of Motor Vehicle records to get car owners’ data and would entail taxpayers funding the writing, packaging and posting of such letters.

Those records would then be subject to Freedom of Information laws, which would enable anybody to get a list of all vehicles driving in the neighborhoods in question – all without an investigation having been launched into the guilt or innocence of a particular vehicle owner.

The Electronic Freedom Foundation (EFF), along with the American Civil Liberties Union (ACLU) has an ongoing lawsuit against the LAPD and the Los Angeles sheriff.

The suit, originally filed in 2013, demands the release of a week’s worth of license plate data accumulated through the use of license plate readers and accuses the agencies of violating the California Public Records Act by withholding the data.

As news reports have pointed out, cities including Minneapolis, Des Moines and Oakland, Calif., are already sending these type of john letters.

Many of those cities are using a markedly different approach than that being considered in Los Angeles: one that relies on citizen participation, Selby told me.

It’s not any better, but at least it’s on a smaller scale, he said:

It's just as offensive, but the scale is smaller. But the content of the letters is universally horrible.

One example: in Escambia County, the letters included the phrase, “The above named person and his/her significant other may have been exposed to a sexually transmitted disease…”

That’s weasel-speak, Selby said, that enables attorneys to have it both ways, as in, “We didn’t say they HAD an STD … Just that they might.”

All that, based on where somebody’s car was seen.

If it doesn’t scare you, Selby said, it should.

Image of prostitute by car courtesy of Shutterstock.com