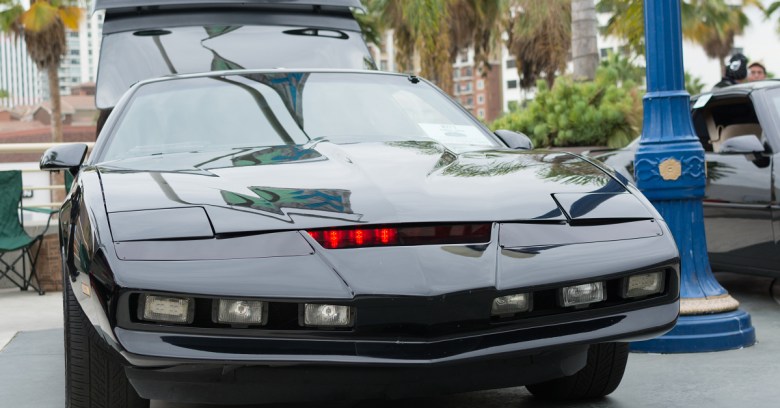 “There was no accident,” Cathy Bernstein stressed to the emergency response dispatcher who had called her.

Her car begged to differ.

“Attention!” the automated call from the black Ford’s vehicle emergency system had said after detecting a crash and calling emergency number 911.

“A crash has occurred in a Ford vehicle. Press 1 at any time for location information or press 0 to speak with vehicle occupants.”

A recording of the call obtained by local station WPBF features Bernstein, a 57-year-old from Port Lucie, Florida, telling the dispatcher (repeatedly) that there hadn’t been any accident and that no, she hadn’t been drinking.

Nor had she hit a guardrail, she said; another car had pulled out in front of her, but she had no idea why her car would call in a nonexistent accident.

The dispatcher was a bit skeptical.

From WPBF’s recording of the call:

Your car wouldn't call us if someone pulled out in front of you, unless there had been an accident.

Although Bernstein initially denied it, there had, in fact, been two accidents.

The first was a hit-and-run on Monday afternoon last week (30 November).

The victim, Anna Preston, said she was struck from behind by a black vehicle that took off.

As the New York Daily News reports, after her car ratted her out, police went by Bernstein’s house to have a chat with her.

There, they saw the black Ford with a wrecked front-end, with silver paint from Preston’s car still on it.

Police say that when Bernstein allegedly slammed into Preston’s van, she’d actually been fleeing the scene of an earlier alleged hit and run 5 miles up the road: Bernstein had allegedly plowed into a truck and then kept right on rolling, the car’s airbag deployed and in her lap.

She initially told the cops that she’d hit a tree.

Bernstein finally admitted to the hit and runs.

The Ford that blew the whistle on her was what’s known as a connected car: one of many late-model cars equipped with internet access, and usually also with a wireless local area network (LAN).

Thanks to security researchers Charlie Miller and Chris Valasek, we already know that such cars are vulnerable to cyberattacks that can range from the annoying – say, an uncontrollably blasting horn – to the potentially lethal: slamming on a Prius’s brakes at high speeds, killing power steering with commands sent from a laptop, spoofing GPS, and tinkering with speedometer and odometer displays.

Car companies are looking for help with such issues, which have also included a recent finding that self-driving cars can be stopped with a laser pointer.

But on the upside, internet-connected cars can automatically trigger calls to emergency responders, such as Bernstein’s Ford did, even if a driver has been incapacitated by an accident.

Or by, say, a large airbag flopping around in their lap.

Ford, for example, offers an optional feature called 911 Assist that relies on Bluetooth pairing to connect a phone with an emergency line, even if the car driver can’t reach the necessary controls or, as the case may be, is in such a hurry to get to the next crash that he or she can’t take the time to call.

Bernstein was charged with a hit-and-run, and later released from St. Lucie County Jail.