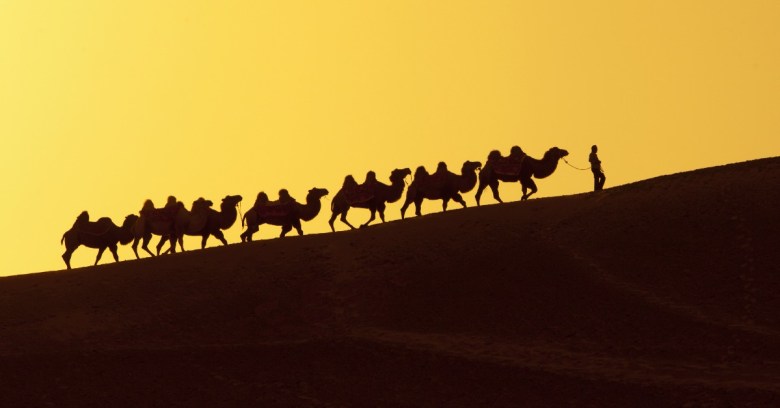 The US last week arrested the man suspected of being “Variety Jones”: the pseudonym of the architect behind the Silk Road drug marketplace.

The US Attorney’s Office on Friday put out a release announcing the unsealing of a complaint against Roger Thomas Clark that alleges he was the mentor to Ross Ulbricht, the mastermind behind Silk Road, also known as Dread Pirate Roberts or DPR.

Clark was arrested in Thailand on Wednesday and is awaiting extradition.

According to the attorney’s office, Ulbricht described Clark – who went by not only the “Variety Jones” handle but also “VJ,” “Cimon,” and “Plural of Mongoose” – as a trusted mentor who allegedly counseled him on improving and expanding Silk Road’s technical infrastructure.

That’s how the Attorney’s Office tells it.

Here’s how Ulbricht himself described Variety Jones, in a private journal found on the computer that was whisked out from under him before the Feds had even made the arrest at a San Francisco library in October 2013:

This was the biggest and strongest willed character I had met through the site thus far. He quickly proved to me that he had value by pointing out a major security hole in the site I was unaware of... He has advised me on many technical aspect of what we are doing, helped me speed up the site and squeeze more out of my current servers. He also has helped me better interact with the community around Silk Road, delivering proclamations, handling troublesome characters, running a sale, changing my name, devising rules, and on and on. He also helped me get my head straight regarding legal protection, cover stories, devising a will, finding a successor, and so on. He's been a real mentor.

His arrest follows close on the heels of Motherboard having in September published the results of an investigation by journalist Joseph Cox.

At the time, Cox reported that a source had fed Motherboard emails sent and received by one of two “crucial but lesser-known players”, both of whom were still at large at the time, who kept the multi-million dollar site running.

That player was Variety Jones.

Besides acting as a mentor, financial advisor and penetration tester, Variety Jones was also the one who apparently egged Ulbricht on with the first of 6 attempted murders-for-hire.

Those attempts aren’t known to have resulted in victims: in fact, one of the “hitmen” hired by Ulbricht turned out to be an undercover agent.

According to the emails and to chat logs found on Ulbricht’s computer, Silk Road had ambition to spare: before the site was taken down, projects being worked on included an encrypted email service – “Silk Mail” – and a Bitcoin exchange.

In fact, the end goal was to set up an ecosystem as replete with products and services as Google.

DPR wrote about it in the email exchanges:

A big part of the value of this project will not be in direct revenues, but in brand recognition.

Google makes the vast majority of its revenues from ppc ads, but still maintains world-class free email for everyone because it brings them into their ecosystem. Silk Mail will hopefully do the same for Silk Road, which will likely continue to be our primary revenue source.

DPR wrote that his team could “throw $20k/month at this,” suggesting something more ambitious still: “Silk Phone anyone???”

That’s the vision that Variety Jones helped him to see, Ulbricht wrote:

A brand that people can come to trust and rally behind. Silk Road chat, Silk Road exchange, Silk Road credit union, Silk Road market, Silk Road everything! And it’s been amazing just talking to a guy who is so intelligent and in the same boat as me, to a certain degree at least.

According to the Attorney’s Office, Clark received “at least hundreds of thousands of dollars for his assistance in operating Silk Road.”

FBI Assistant Director Diego Rodriguez said in the release that Clark’s arrest shows that neither Tor nor Thailand will keep criminals away from the long arm of the law:

The arrest of Roger Thomas Clark shows again that conducting criminal activities on the Dark Web does not keep a criminal out of law enforcement’s reach. As alleged, Clark was paid at least hundreds of thousands of dollars to act as a counselor to Ross Ulbricht’s black-market bazaar, Silk Road. Clark may have thought residing in Thailand would keep him out of reach of U.S authorities, but our international partnerships have proven him wrong.