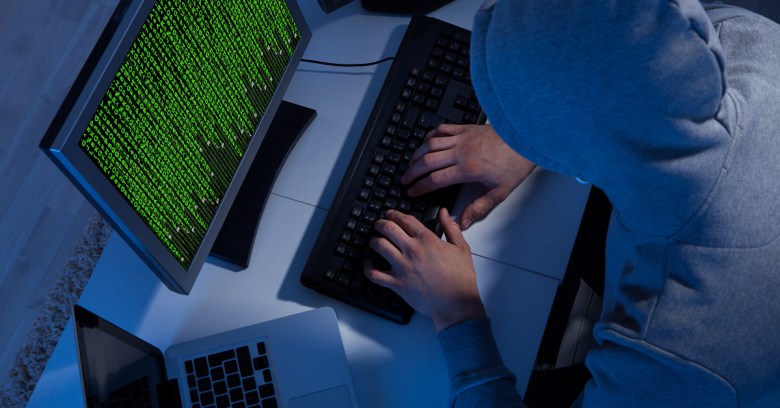 It’s a scene that many of us in a certain age group can relate to: a mom and dad sit on a couch, flanking their pale, silent son.

Such a clever boy! Spends all night on his computer, they say in unison, chuckling.

The other day he was using one of those shooter games, and he was losing, so he crashed the server!

And so clever with his money: “He’s got more in his account than me!” his mother whispers, as the video shows the kid in front of a screen with a list of accounts transferring money.

“Anyway, that’s probably enough of us rambling on,” the actress says.

The camera turns to a couple of NCA agents on a couch. “No, not at all,” one says while the other takes notes. “In fact, best if we start again.”

The video is part of the UK National Crime Agency’s (NCA’s) attempt to address the fact that when it comes to technology, kids are getting smarter at ever younger ages.

Unfortunately, that means that ever-younger children are slipping over the line that separates exploration and pranks from major cybercrime.

The average age of suspected cyber offenders has dropped precipitously – from 24 to 17 – over the past year, the NCA says.

On Tuesday, the agency launched a campaign to get through to those kids’ parents, who, just like the parents in that dramatization, might not have a clue what kids are up to as they tap away on digital devices behind closed doors.

It’s called the #CyberChoices campaign, and it’s aimed at educating the parents of 12 to 15-year-old boys.

#CyberChoices highlights the type of illegal online activity children can become involved in, seeks to help parents and other caregivers to spot signs of potential problems, understand what the consequences could be, and suggests better ways for young people to use their technology skills and interest.

The NCA says that asking these questions can help to spot behaviors that can be warning signs:

The NCA has commissioned research that’s shown that the majority of young people and their parents aren’t even aware of what constitutes a cybercrime or the consequences of engaging in it.

In fact, young people who get involved in cybercrime could face these repercussions:

There are a number of youngsters facing those consequences now.

In August, six UK teenagers between the ages of 15 and 18 were arrested as part of an operation targeting users of LizardStresser, an online tool for attacking websites.

One high-profile creep who used the Blackshades RAT – along with another RAT called Darkcomet – was Jared James Abrahams: a 20-year-old who was sentenced in 2014 to 18 months in federal prison for spying on and extorting Miss Teen USA, Cassidy Wolf, plus 150 others.

But 20 is actually a little ripe for RAT aficionados. The NCA says that in an operation targeting Blackshades users, the average age of 22 people arrested was only 18.

The youngest Blackshades buyer was only 12 years old.

The TalkTalk breach is another case in point.

The #CyberChoices campaign offers resources including guidance for parents, an educational unit for teachers, video resources featuring an ex-hacker discussing the consequences of his crimes, as well as the video for parents to watch with their children to help provoke discussion of the issue.

We have aimed the campaign initially at parents, because we know from research that they often are unaware of what their children are doing online. These individuals are really bright and have real potential to go on to exciting and fulfilling jobs. But by choosing the criminal path they can move from low level ‘pranking’ to higher level cybercrime quite quickly, sometimes without even considering that what they’re doing is against the law.

We want these young people, and their parents, to understand that choosing that path can result in a criminal record, can limit their choices for their future, and can put restrictions on their daily lives including the loss of access to the internet.