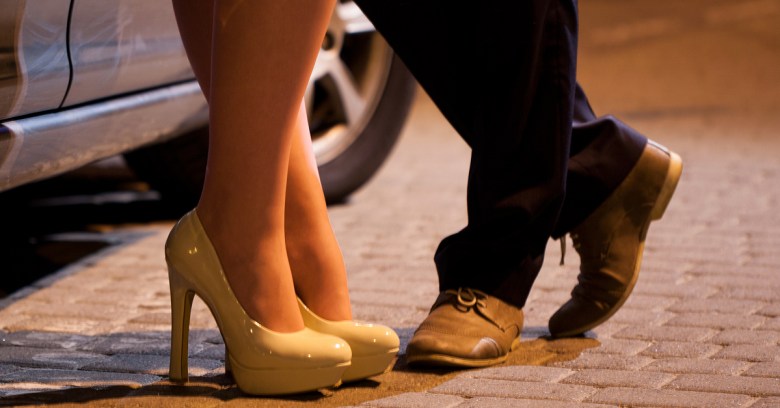 Prostitution may be the world’s oldest profession, but technology increasingly has it on the run.

A few weeks ago, it was license plate reader technology that lawmakers were thinking of using to determine who owns vehicles that cruise neighborhoods known for prostitution – the idea being to send “John letters” to vehicle owners suspected of soliciting sex.

Cities including Minneapolis, Des Moines and Oakland, California, are already sending this type of letter, but Los Angeles’s possible use of license plate reader technology would automate and broaden the scope of public surveillance considerably.

Now, it appears that drones are the new prostitution-fighting surveillance tool.

A 75-year-old man from the US state of Oklahoma, Douglas Blansett, was arrested and prosecuted after an anti-prostitution vigilante used his drone to capture footage of the man in a car with a suspected sex worker, allegedly in flagrante delicto.

The man was arrested and released on Thursday, as was the woman involved, Amanda Zolicoffer.

The charge for both was engaging in a misdemeanor act of lewdness.

The drone was dispatched to spy on the couple by Brian Bates, a self-styled Video Vigilante® (yes, he’s apparently registered the title) whose site says that since 1996 he’s been documenting the realities of street prostitution to expose johns on his website.

Bates conducted the drone surveillance in March 2015 and posted the footage in August 2015.

The drone begins its flight at minute 4:09 in the video. Within seconds, it’s hovering over a white pickup truck.

By minute 4:31, the drone’s floating down to the truck.

By 5:15, the peeping drone is hovering in front of the windshield, focused on the driver, who’s leaning over the woman in the passenger’s seat.

At some point, perhaps realizing that he was being surveilled, he straightens up, then drives off at 5:49.

JohnTV turned the video over to police.

According to the video, JohnTV.com has in the past twice been granted permission to access the private commercial property – a tire yard – he drives onto.

In Bates’s post, he suggests that viewers probably have some good questions, including “Is this even legal?” and “Are we going to see more videos like this?”

His answers: yes, and probably not.

NBC affiliate KFOR News Channel 4 touched on the legality and privacy issues on the same day that JohnTV announced it was posting the video.

We have yet to see how this is going to play out, but at this time, there is no city ordinance against flying a drone.

A local district attorney, Scott Rowland, confirmed the legality, telling News 9 that it’s perfectly legal for private citizens to take footage via drone and turn it over to the police.

When a civilian uses a drone and then provides the video to law enforcement, there are no search and seizure or other Constitutional issues, because the Constitution does not protect against the actions of private persons - only government actors.

In the US, the Federal Aviation Administration (FAA) has been scampering to prepare for flocks of drones expected to be unwrapped next month over the holidays.

Last month, the FAA released a list of recommendations for how to better monitor recreational use of the machines.

For now, the FAA’s guidance advises drone operators to not fly anything that weighs more than 55 pounds; to fly drones only within line of sight and below 400 feet; to stay at least 5 miles away from an airport or manned aircraft; to avoid flying near people, stadiums or other crowded places; to take classes or join a club for extra safety; and to always inspect the craft before you fly.

How do prostitution vigilantes justify flying drones over sex workers and their customers, given the possible dangers of the potential juggernauts plunging from the sky due to possible operator error, collision with obstacles, or drone malfunction?

To his credit, Bates acknowledges the risks and difficulty of what he did. He isn’t advocating that others send their drones to spy on people, for several sound reasons.

For one, all those obstacles you can safely avoid at 200 feet are now a potential lethal hazard to your drone when you drop to say 30 feet. And, because you’re now flying so low, you need to either be on public property or private property you have permission to be on.

The most concerning element though is the physical safety of anyone in the immediate area. So, if your suspects are out of their car you need to stay way back and not fly directly over them.

Image of prostitute and john courtesy of Shutterstock.com