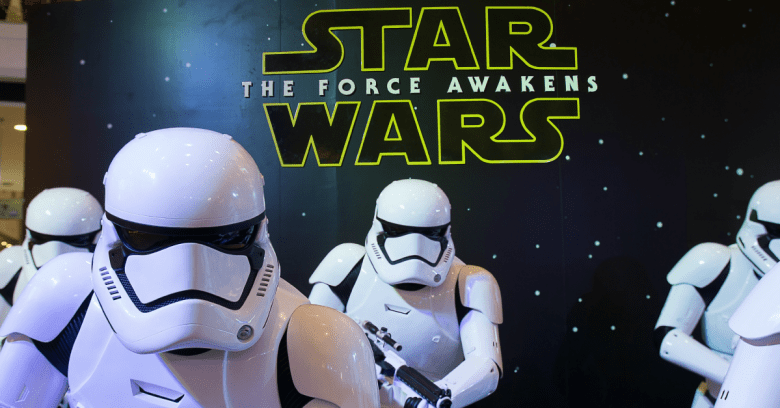 Web filtering software is great for security, for example by blocking phishing sites and keeping out exploit kits and malware.

Nevertheless, you may have had a falling-out with web filtering in your company at some point, for example when you and IT argued about whether your favorite fantasy football site was work-related or not.

But here’s some content filtering that you and the sci-fi fans in IT will agree upon, at least if you’re Star Wars nerds like me: browser extensions that shield you from spoilers about the newest film in the cult franchise, “Star Wars: The Force Awakens,” premiering this Friday, 18 December 2015.

Force Block is one of these extensions, available for Google Chrome users.

If you browse to a website with potential spoilers, the Force Block extension covers the entire webpage with a black screen containing a warning.

Force Block uses pattern-matching logic to detect keywords relating to Star Wars in general, and looks out for quotes from the new film, sourced from people who’ve seen it in early release, according to the folks at Priceless Misc who developed the extension.

The Force Block warning messages contain amusing references to the rest of the Star Wars canon. 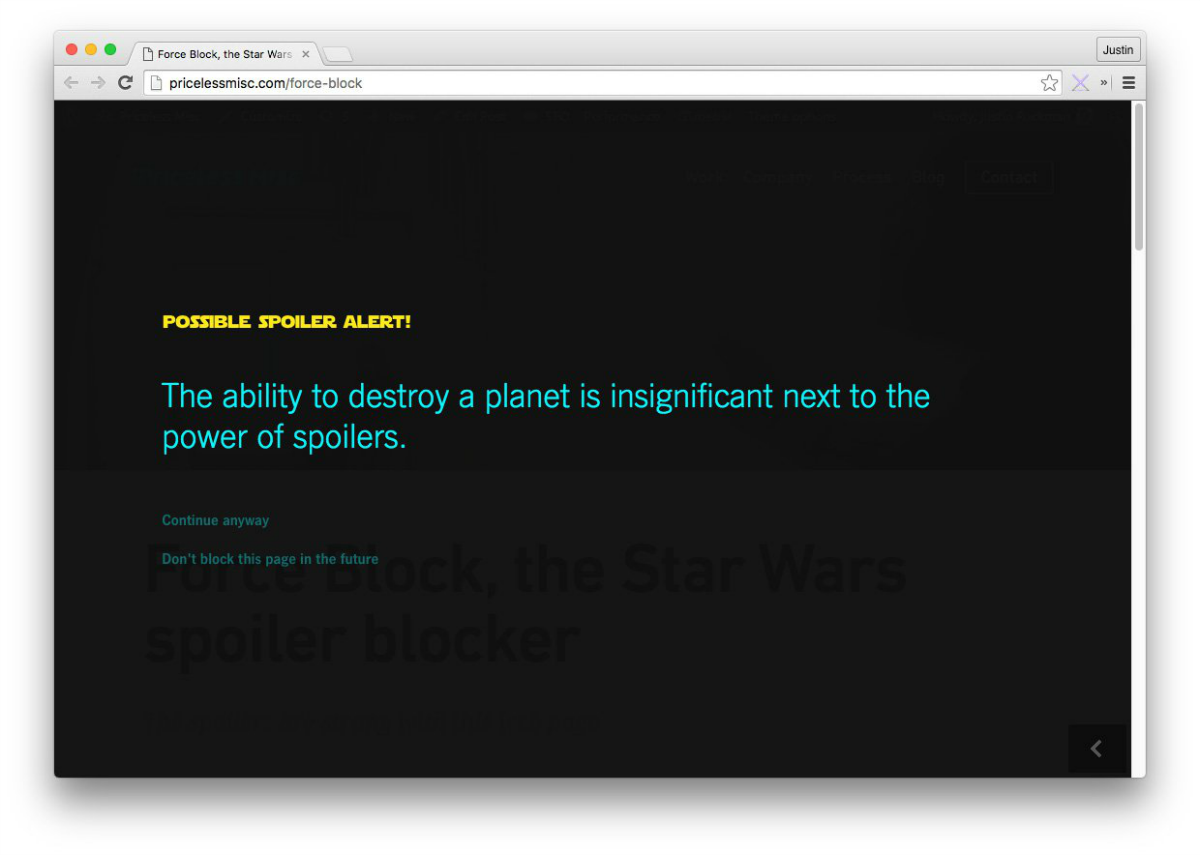 Here are a few examples of warnings I’ve seen after installing the extension:

The ability to destroy a planet is insignificant next to the power of spoilers.

The spoilers are strong with this page.

I felt a great disturbance in the Force ... this page has possible spoilers.

That's no moon, it's a spoiler.

Spoilers not make one great.

These are not the spoilers you're looking for.

Spoilers ahead ... many Bothans died to bring us this information.

These blast points are too accurate for sandpeople, only imperial spoilers are so precise.

If you’re willing to risk it, you have the options to “proceed anyway” or unblock the URL for future visits.

Some reviewers of the extension in the Chrome Web Store have complained that Force Block is “too sensitive,” leading to false positives that make it hard to know when the extension is working as it should.

Ironically, once you have the extension running, Force Block blocks pages about Force Block itself, as well as blocking some websites with the word “spoiler,” even if they don’t contain any Star Wars keywords (as I discovered when I checked out the Spoiler Shield mobile app, which claims to block spoilers in your mobile Facebook and Twitter feeds).

Another Chrome extension, Unspoiler, helpfully blocks Star Wars spoilers within a webpage, but without blocking the entire page, so you can continue using the site and see other content.

If you’re a Firefox user, you can try add-ons that block specific keywords, such as ProCon.

None of these spoiler blockers is fool-proof, so proceed with caution, may the Force be with you … and once you see Star Wars for yourself, try not to spoil it for the rest of us.