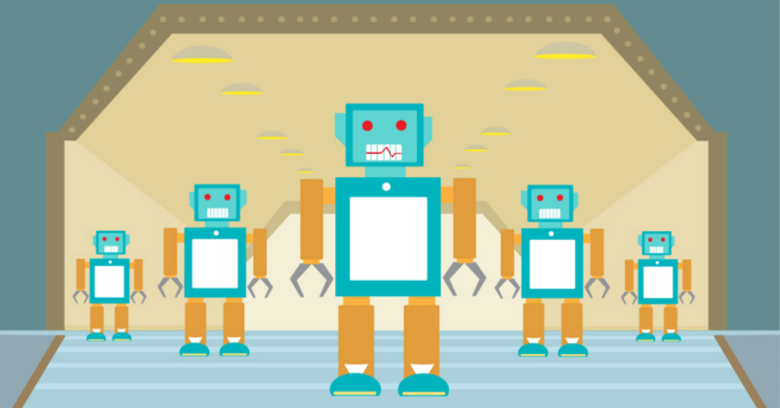 A group of tech billionaires has launched a new organization for studying artificial intelligence (AI), called OpenAI, using $1 billion of their own money.

Musk and a lot of other very smart people are increasingly worried that advances in AI could one day pose a threat to human existence.

If and when machines become more intelligent than humans, will they be interested in keeping us around?

OpenAI has a goal of advancing artificial intelligence that prioritizes “a good outcome for all,” instead of developing the technology solely for the benefit of shareholders, and its research is “free from financial obligations,” as the founders put it in a letter introducing OpenAI last week:

As a non-profit, our aim is to build value for everyone rather than shareholders. Researchers will be strongly encouraged to publish their work, whether as papers, blog posts, or code, and our patents (if any) will be shared with the world. We'll freely collaborate with others across many institutions and expect to work with companies to research and deploy new technologies.

Musk has been at the forefront of efforts to study AI, having funded 37 research teams via the FLI (Future of Life Institute) as part of a program aimed at “keeping AI robust and beneficial.”

Not everyone agrees that AI is a threat to human existence, but it’s hard to argue at this point that it doesn’t at least threaten some of our jobs (even skilled jobs like doctors and writers).

Other researchers have pointed out that we already have “killer robots,” like the military drones that are increasingly used in warfare.

It’s a bit ironic that Musk, whose Tesla is pushing the envelope on autonomous vehicles, would be warning us against threats from intelligent computers.

Musk is joining what seems to be a new breed of tech industry philanthropists looking to tackle the world’s biggest problems using their considerable wealth.

Facebook’s Mark Zuckerberg and his wife Priscilla Chan recently launched a new foundation called the Chan Zuckerberg Initiative, to which they’ve pledged to donate 99% of their Facebook shares, worth about $45 billion.

Bill Gates and his wife Melinda have handed out grants totaling $34.5 billion since launching the Bill and Melinda Gates Foundation, and the Microsoft founder’s philanthropic efforts have included noble causes such as public health and education.

Some are calling this trend “hacker philanthropy.”

These philanthropy hackers bring a spirit of innovation that will hopefully generate new ideas and new solutions.

But that doesn’t mean they will always know best.

The billionaires behind the OpenAI institute seem to be setting a good example, by standing back and deferring to the researchers who have dedicated their life’s work to the problem.

Image of robots courtesy of Shutterstock.com.

4 comments on “Can tech billionaire Elon Musk save us from evil robots?”