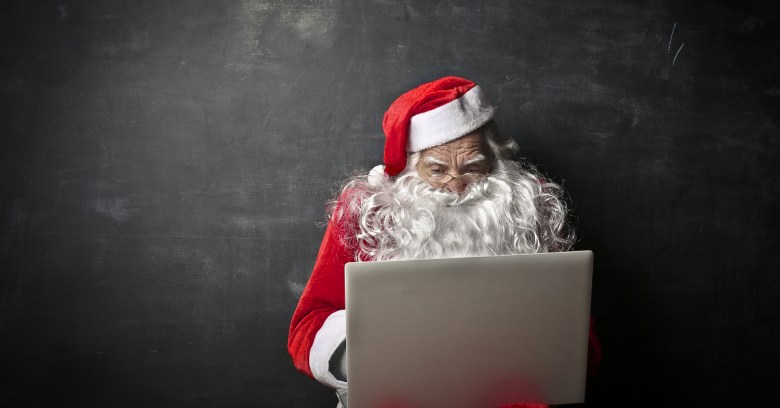 Last year, of course, it was the heart-of-a-seasick-crocodile Lizard Squad hackers who ruined gamers’ Christmas by launching Distributed Denial of Service (DDoS) attacks against PlayStation Network and Xbox Live.

This year, the green uglies are a new hacking group that’s threatening to take down the two gaming networks for a week during Christmas.

The DDoSers call themselves Phantom Group (@PhantomSquad) and are blaming the victims – the targeted companies – as did Lizard Squad last year.

We will take down servers on christmas

I get asked a lot on why we do this? Why do we take down PSN and Xbox Live? Because cyber security does not exist.

If it sounds like the Ghost of Lizards past, you recall last Christmas correctly.

A man speaking for the hackers last year told Sky News that the Christmas attack was done “to raise awareness” and “to amuse ourselves” and that it was all Microsoft and Sony’s fault:

The Phantom Squad claims that it’s not affiliated with Lizard Squad.

On Tuesday, the hackers claimed responsibility for knocking Reddit offline.

Today Reddit.com . What should it be tomorrow

Reddit confirmed that something was up, saying that its databases were coming “under extreme load” – an issue that could have been caused by a DDoS attack.

According to The Hacker News, neither Microsoft nor Sony confirmed the DDoS attacks, but Microsoft, at least, acknowledged issues with Xbox Live when Phantom Squad claimed responsibility for knocking it offline on Saturday.

In short, it seems that the group isn’t bluffing.

It could pull the plug on gamers who might not even be able to play their new Christmas games offline, given that many gifted games will attempt to update before first run, while new consoles will need to be updated before they’ll play a game.

Phantom Squad might not think it has affiliation with Lizard Squad, but it shares the same garlic-laced soul of its predecessors.

Sooner or later, its members may well look forward to sharing a similar fate: namely, getting arrested.

Image of Santa on laptop courtesy of Shutterstock.com

10 comments on “Hackers plan to ruin Christmas for gamers again”