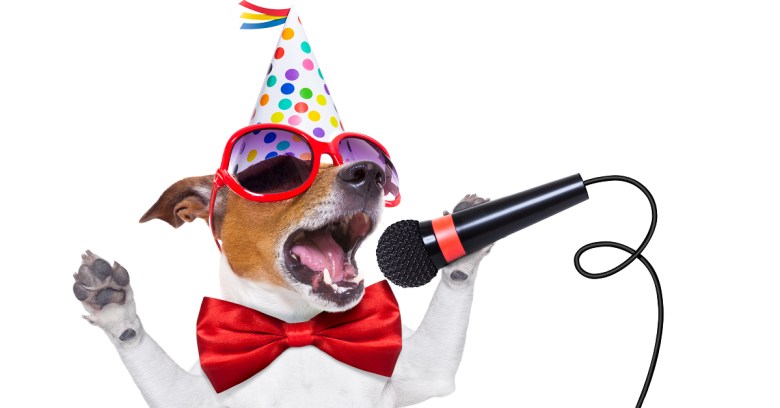 ‘Twas the night before Christmas, and all through the station, London police couldn’t give a figgy pudding about anybody’s plans for a homemade karaoke sing-along.

Police are calling them a “gang,” suspected as they are of uploading and distributing tens of thousands of tracks from artists including Beyonce, Lady Gaga, Kylie Minogue and Kanye West.

Head over to TorrentFreak and you’ll hear a bit of a different, less dramatic story: less of a criminal gang and more of a group of devoted karaoke fans, aged between 50 and 60, who made up their own DIY karaoke songs because the songs weren’t available from professional karaoke manufacturers.

Acting on a complaint filed by the British Phonographic Industry (BPI), City of London Police’s Intellectual Property Crime Unit (PIPCU) in June had initiated an investigation against individuals allegedly uploading karaoke tracks to the internet without permission.

Last Tuesday (15 December), they arrested one man in Barnstaple, Devon and two men in Bury, Lancashire.

Together the trio formed KaraokeRG (KRG), a release group specializing in karaoke tracks.

A company that makes and distributes karaoke music and products had noticed that KRG was uploading lots of tracks to the KickAss torrent website within days of the “legitimate” company having made them available on its own online platforms.

From the description at the top of KRG’s master list of songs on one of its sites:

In other words, KRG claimed to be filling a market gap with DIY karaoke titles otherwise not available.

But, as TorrentFreak says, it’s likely that the backing tracks are still subject to copyright restrictions, so giving them away, even with “homemade” subtitles, is still likely to get KRG into trouble.

PIPCU estimates that “hundreds” of albums have had their copyright uploaded by the men, which has in turn led to “thousands and thousands of tracks being accessed illegally”, and that legitimate music companies have been deprived of a “significant” amount of money.

The illegal downloading of copyrighted music may seem like a harmless thing to do, but the reality is that these individual offenses are collectively damaging one of our key creative industries, costing people who work in the music industry millions of pounds and threatening thousands of jobs.

PIPCU will continue to target the individuals and the organized crime gangs facilitating these crimes, working with key partners like the BPI to ensure that those most responsible are brought to justice.

PIPCU confirmed that the “karaoke gang” has been released on bail.