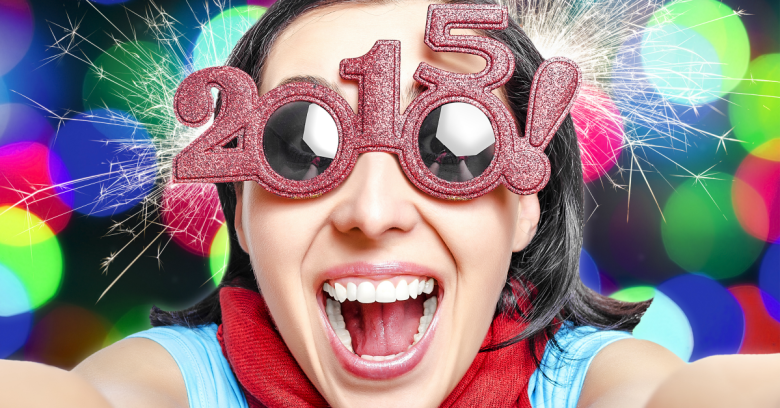 This year was a big one for news about threats to our cybersecurity and online privacy.

Some of the major stories included big data breaches – such as Ashley Madison, TalkTalk and VTech, plus many more in between – while the political debate over encryption backdoors reached new levels of intensity after the terrorist attacks in Paris.

Serious security vulnerabilities in commercial products, like the Stagefright and OCtoRuTA bugs in Android, and the FREAK and LOGJAM problems in TLS/SSL, also raised widespread concerns.

Ransomware, the punch-in-the-face malware that scrambles your files and then demands money to buy the decryption key back from the crooks, was in the news all year long – more and more victims, caught without backup, ended up with little choice but to pay the ransom.

And, unsurprisingly, worries about ever-encroaching surveillance grabbed headlines throughout 2015.

But as we look back at the year gone by, we thought we’d highlight some of the oddball stories that may have slipped through the cracks.

Despite their quirkiness, these stories remind us how important cybersecurity and online privacy have become in all areas of our lives.

Here are some of the weirder stories we’ve covered this year.

Man seeking hacker for hire on Craigslist gets busted when cop answers his ad.

A Pennsylvania man attempted to use Craigslist to hire a hacker to wipe out his court records and $16,000 in fines he owed. Now Zachary J. Landis, 27, is facing up to four years in jail after an undercover cop answered the posting and Landis requested proof the “hacker” could do the job by wiping out some of his fines.

Maybe Landis would have been better off using an anonymous hacker-for-hire service.

Earlier this year, we noted the emergence of a hacker-for-hire site called Hackers List that acts as a job board for possibly illegal activity. Hackers List’s founder, a US Army veteran and cybersecurity “consultant” named Charles Tendell, claims his service doesn’t permit illegal activity.

It’s hard to imagine people using the site for legitimate purposes, but anyone who does go in search of hacking services should beware that hiring a hacker to do something illegal is at least as bad in the eyes of the law as doing the hacking yourself.

💡 STRANGE BUT TRUE: How not to hire a hacker ►

Clarke uncovered a memo written by the Metropolitan Police in the 1990s warning that fans of the X-Files, Star Trek and other sci-fi shows might commit acts of violence in the run-up to the new millennium.

There’s no evidence that the Metropolitan Police acted on the scaremongering memo, but it looks even sillier now, with the enormous popularity of the new Star Wars flick showing that millions upon millions of people love science fiction without posing any threat to society.

Given how much power law enforcement and governments have today to keep track of our activities – including our comings and goings in the real world, and online – we might want to ask: what other kinds of innocuous behavior will authorities start fretting about next?

We saw a lot of stories this year about crooks incriminating themselves with social media posts confessing their illegal activities, and fugitives giving away their location with geolocation on their devices, selfies and social posts.

Even self-described “hackers” can over-estimate their own cleverness while under-estimating law enforcement, such as the serial SWATter who said hackers can’t be caught in taunting voicemail messages, but was arrested a few weeks later.

There’s also the wacky story about a woman who fled the scene of an accident only to have her own car report her to the cops.

And there’s the case of Ross Ulbricht, a.k.a. Dread Pirate Roberts, sentenced to life in prison for running the underground website Silk Road, who was busted at least in part because of information left behind in a reply to an online post that he thought he’d deleted.

There’s an important lesson here for law-abiding citizens too – be very cautious about what you share on social media and elsewhere, such as location data. You never know how it could be used against you.

The rise of robots is scary to people, who sometimes react violently.

Robots, and artificial intelligence (AI) more broadly, are becoming more useful in many areas of our lives – and also more threatening.

As robots learn how to carry on discombobulated conversations and to write articles nearly as well as humans can, a number of leading tech gurus and scientists have begun warning that our very existence could one day be threatened by the rise of AI.

In this context, we saw several weird stories this year about people allegedly committing violence against robots, such as the “murder” of a hitchhiking robot, and a drunken attack on a joke-telling, rapping robot named Pepper.

Similarly, there was the story of a Colorado man who was arrested for popping caps into his computer for freaking him out with Blue Screens of Death. (You’ve never done such a thing. But you’ve wanted to!)

And after police in Switzerland seized a robot for buying drugs on the Dark Web, it’s starting to look like our public policies and legal systems are not quite ready to handle the rise of AI.

Although robots have enormous potential to help humans, we’re also increasingly worried about drones and talking dolls invading our privacy and harming our way of life.

💡 STRANGE BUT TRUE: The man who murdered his computer ►

Those are some of the stories that caught our attention this year.

What are you seeing out there? What are your thoughts on the weirdly worrisome security stories of 2015?

Let us know in the comments below.

Image of girl in 2015 glasses taking selfie courtesy of Shutterstock.com.