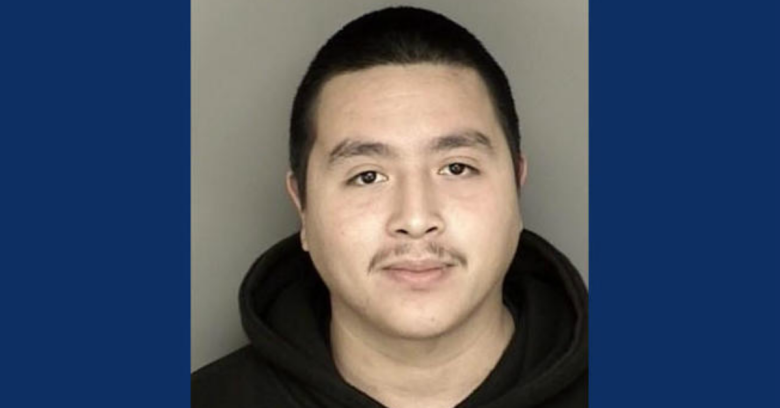 A narcissistic robber who couldn’t resist taking a selfie with one of his victims was arrested last week when police detectives used the photo to identify him.

Victor Almanza-Martinez, 19, was one of three men who allegedly robbed four victims at gunpoint on 30 December 2015 in the seaside community of Pacific Grove, California – about two hours south of San Francisco.

The group of men, allegedly members of a street gang, approached the victims as they sat in a parked car and ordered the victims out of their car before taking their possessions, including the keys to the vehicle.

Before fleeing in the stolen vehicle, Almanza-Martinez “exchanged Snapchat information and posed for a selfie” with a female victim and sent her the photo, a local television station reported.

Detectives with a Monterey County drug and gang violence task force used the photo to identify Almanza-Martinez, even though he had covered his face with a bandana, another Bay Area TV station reported.

Because Almanza-Martinez was on probation for other crimes, with his address and (presumably) mugshot photos on police file, it took detectives less than 12 hours to track him down at his residence, where they arrested him without incident, San Francisco TV station KPIX reported.

KPIX reported that the image was sent by a “text message service,” while other media outlets reported Almanza-Martinez sent the photo to his victim by email, rather than Snapchat – regardless, Almanza-Martinez’s selfie was a big tip-off for police.

Almanza-Martinez is being held on $170,000 bail in the Monterey County Jail, facing charges of robbery, kidnapping, vehicle theft, conspiracy and gang activity, for his alleged role in the crimes – the two other men are still at large.

Police work is hard, but it gets a lot simpler when criminals deliberately leave a digital trail of evidence.

Almanza-Martinez joins a select but growing group of foolish criminals who’ve recently been nabbed after incriminating themselves with social media posts confessing their illegal activities or giving away their location, and accidentally uploading photos of themselves using stolen mobile devices.

Ironically, these selfie-incriminating crooks are doing a public service by reminding us that what we share online, via social media and with our mobile devices, such as our location data, can be used against us.

4 comments on “Armed robber took “Snapchat selfie” with victim, leading to his arrest”