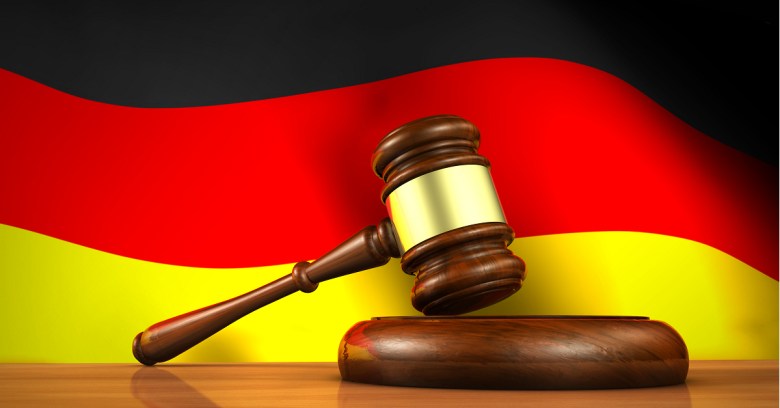 In its younger days, a fear spread through Facelandia: friend requests were popping up, from people who Facebook said had suggested friendships but who protested that in actuality, they’d done nothing of the kind.

Many wondered, was it a computer virus?

No, it was just Facebook trying to be helpful by automatically scanning an assortment of data crunchables: mutual friends, work and education data, and contacts imported using the company’s Friend Finder, be they from Outlook, Gmail, Hotmail, Yahoo, or what have you.

Now, Germany’s highest court has said “nein!” to all that.

Reuters reports that a panel of the Federal Court of Justice has ruled that Facebook’s Friend Finder feature, used to encourage users to market the social media network to their contacts, constituted advertising harassment in a case that was filed in 2010 by the Federation of German Consumer Organisations (VZBV).

Friends Finder asks users for permission to snort the e-mail addresses of their friends or contacts from their address books, thereby allowing the company to send invitations to non-Facebook users to join up.

Earlier decisions from two lower courts had in 2012 and 2014 deemed Friend Finder a deceptive marketing practice, saying that Facebook had violated German laws on data protection and unfair trade practices.

The federal court upheld those decisions, adding that Facebook hasn’t adequately informed consumers about what it’s doing with their contacts.

Reuters quoted a spokeswoman for Facebook in Germany, who sent a statement saying that the social network was at the time waiting to receive the formal decision and would study the findings “to assess any impact on our services”.

The VZBV is pleased.

The organization, which is an umbrella for 41 German consumer associations, doesn’t know yet what’s to become of Friend Finder, but it does suspect this decision will have implications for other services.

What the judgment means exactly for the current Friends Finder, we now have to find out.

In addition to Facebook, other services use this form of advertising to attract new users. They must now probably rethink.

Image of German flag and gavel courtesy of Shutterstock.com