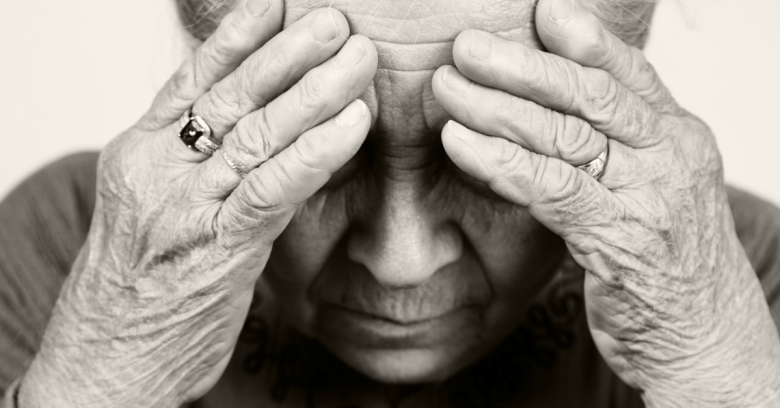 An employee at a nursing home was arrested earlier this month for filming a mostly nude, 93-year-old Alzheimer’s patient and sharing the video on social media.

The employee, a nursing assistant at the Parkside Manor assisted living facility in Kenosha, Wisconsin, allegedly filmed the elderly woman sitting on a bed “in a bra and no underwear and no pant[s],” and shared the video on Snapchat.

Grace Riedlinger, 21, was charged with taking a nude photo without consent, a felony that carries a possible sentence of 18 months in prison and two years of supervised release.

Sadly, the victim, who has dementia, was unable to tell police what happened, but someone who saw the video on Snapchat tipped off the nursing home, which reported the alleged crime, according to a local media report.

Usually, Snapchat video messages are supposed to “disappear” after a recipient has viewed them, but there are ways videos can be stored for longer and replayed.

Riedlinger allegedly shared the video as a Snapchat “Story,” which individuals or groups of recipients can view for up to 24 hours.

This invasion of privacy of a helpless patient is disturbing on its own, but unfortunately it isn’t the first time.

Since 2012, there have been at least 36 cases of US nursing home workers inappropriately sharing videos and images of patients on social media, a December 2015 investigation by ProPublica revealed.

Snapchat was the social platform of choice in 16 of those cases, but videos and photos of nursing home patients have also been shared on Facebook and Instagram, according to court documents and media reports examined by ProPublica.

Several of the cases described by ProPublica involved shocking abuse, such as hitting or verbally taunting victims, and the shared videos and images included nude or partially nude victims, and victims using the toilet.

It should be obvious to anyone with common sense (or decency) that taking or sharing explicit images of people who are incapable of consenting is an immoral, and in many jurisdictions criminal, act.

In the setting of a nursing home or other healthcare facility, recording or posting information about patients is potentially a violation of the Health Insurance Portability and Accountability Act (HIPAA), the US law that regulates how healthcare facilities and doctors share medical records and patient data.

Yet the US agency in charge of enforcing HIPAA regulations has never penalized a nursing home facility for privacy violations using social media, and has issued no guidelines about the issue, ProPublica reported.

Meanwhile, the agency that oversees nursing homes, the Centers for Medicare and Medicaid Services, is writing new definitions of abuse and updating rules that should finally address healthcare workers’ use of social media, according to ProPublica.

Here’s a suggestion for regulators, hospitals and nursing homes: give all healthcare workers training about patient privacy with regard to technology, and don’t allow employees to use personal devices to take photos or videos or use social media while on the job.

Yes, healthcare delivery increasingly relies on use of mobile technology, but it would be worth considering whether mobile devices could be restricted to care-related tasks only, with certain functions (like the camera and social media apps) blocked.