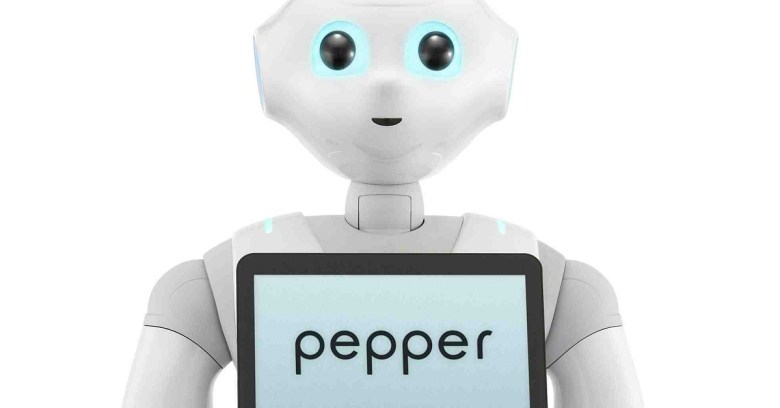 Pepper – the emotion-interpreting, joke-telling, rapping robot – has recovered from a drunken attack to run a phone store.

Granted, it’s probably not the same, exact robot that was left a little brain-dead, being as it was crippled, moving slower, and potentially suffering a broken internal computer system after a drunken customer beat it up in a SoftBank phone store in September.

Call me racist, but those shiny white robots all look the same to me.

At any rate, that robot, or rather its brethren – would that be robothren? – are going to be staffing a public-facing mobile phone store run by the Japan-based telecom giant SoftBank, the company announced on Wednesday.

According to The Japan Times, SoftBank CEO Ken Miyauchi had this to say during a two-day exhibition called Pepper World:

I don’t know how this will turn out, but it should be a quite interesting experiment.

It can roll around offices and homes on its own.

The machine also listens and responds to speech, using what the makers call an “emotion engine” that’s designed to understand how people are feeling and to react accordingly – say, to tell a joke or sing your favorite song if it senses that you’re glum.

Pepper has a chest-mounted touchscreen that enables users to operate its apps.

Engadget posted a photo of three Pepper robots on stage with three humans, explaining that the one on the left is responsible for signing customers up to phone contracts, the one in the middle is the store manager, and the one on the right is the one to kick straight into the Pacific Ocean when you don’t like a human clerk’s attitude.

No, scratch that, the one on the right is actually the “time killer” Pepper, which we hope is not code for “the Pepper that fights back.”

Engadget also posted an announcement, in Japanese, that when translated said that the Pepper Phone Shop will be “littered” with Pepper robots to give directions, advice, guidance and small talk.

The robot-staffed store is just an experiment, SoftBank says, and will be in operation only from March 28 to April 3, from noon to 7 p.m.

There will be some humans – five or six – on hand to serve their robot overlords.

Their role will be to help with checking IDs for customer identity verification.

Those human clerks might also come in handy if there’s a human uprising against robots taking our jobs.

After all, the little guy clearly needs bodyguards, given that its analysis of speech – including word selection – facial expressions, and body language haven’t stopped it from getting beaten up.

Japan has a labor shortage: a point alluded to by Miyauchi, who said that the machines may represent a labor-saving solution to companies short of manpower.

He said that Pepper’s now being used to interact with customers at over 500 firms, including 37 banks and financial institutions, and Nissan Motor Corp., which has the robot in about 100 outlets.