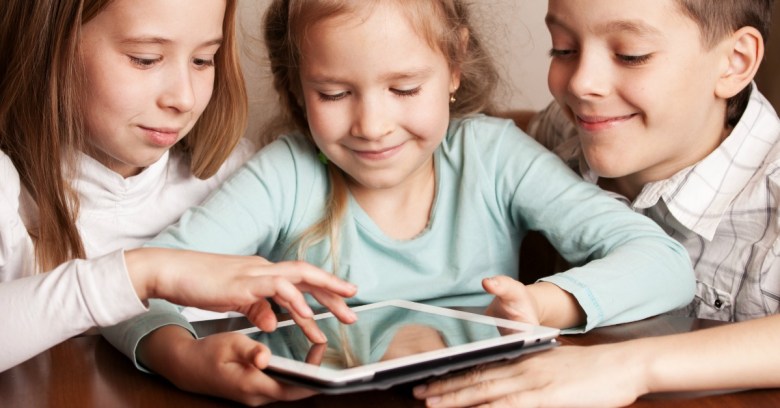 Kids are shifting away from old-fashioned TV, towards more online screen time. That’s according to Childwise, researchers who specialize in watching UK kids watch stuff.

Whatever the data where you are, you know kids are living online today, often in new or nearly-new venues. So it seems like a good time to reiterate our advice about protecting kids online.

Of course, every kid’s different. Every family’s different. You can’t hide your children under the bed: you’re trying to raise independent, confident grown-ups. Most bad things don’t happen.

But sometimes they do. So let’s get to work preventing it.

Start with technology. Kids are humans (albeit sometimes with even worse judgment). They do stuff they shouldn’t. Give them some safety equipment.

On computers, that starts with securing your systems. (Sophos does a Home product that protects PCs and Macs.). Smartphones need security too, of course.

Make sure your kids are using strong passwords everywhere, and a different password for each service. You could introduce them to a password manager to make it easier.

Use parental controls. They’re not as hard as you think: if you’re smart enough to be here, your kid won’t have to show you how. (Don’t forget to password protect the control settings!)

For example, iPhone and iPad Restrictions let you set your children’s privacy settings, control whether they can install new apps, and enforce ratings restrictions on what they can buy on iTunes.

Androids offer a range of parental controls, including the ability to restrict in-app purchases, and filtering the Play Store to only show apps that are appropriate for children.

Windows 10’s detailed Parental Controls even let you limit a child to the apps you want them to use.

While restricting apps isn’t everything, you really need to know what your kids are running – you probably don’t want your 12-year-old arranging hookups on Tinder.

And by now you’ve likely heard of the cyberbullying unpleasantness that often accompanies messaging apps like Yik Yak or Kik Messenger.

But how about apps disguised as phone settings or calculators that have secret locations where your kids can store stuff they don’t want you to know about? Or live video streaming apps like YouNow that pedophiles can use?

Of course, no law says every child needs a smartphone. Kids may squawk, but plenty of parents are still deciding to keep their kids in touch via older feature phones.

Smartphone or dumb, with some vigilance, you can gain reasonable control over your kids’ devices… at least the ones you actually pay for. But you can’t control everything they do or see elsewhere.

So you’ll have to help them make good choices the old fashioned way: by talking to them.

Talk to them about how people earn trust over time, and how strangers aren’t always who they say they are (so you shouldn’t open up your Facebook profile, friend people you don’t know, or agree to meet them in person).

Talk to them about how, if something makes you uncomfortable online, you should avoid doing it, and talk to an adult about it.

Talk to them about how you have a right not to be bullied online.

Talk to them about how images and videos have an awful way of spreading way beyond where they were originally supposed to go. Even if you sent them on Snapchat and thought they were going to disappear on their own.

Which raises a broader issue. Adults tend to think kids are “digital natives” who totally get digital environments. But experts know that kids can be surprisingly naive about technology. Don’t assume they know what to watch out for!

Humans need to be heard. Especially your child. With online worlds changing so fast, you’re together in a partnership, where everyone’s learning and adjusting.

This stuff’s new to all of us: we all screw up occasionally. (Just think about last year’s massive data breaches!)

You don’t need a security company to tell you that it’s not just about installing one app or de-installing another when it comes to protecting your kids.

That can help. But it’s about all the above, combined with a bit of love.

Image of children courtesy of Shutterstock.