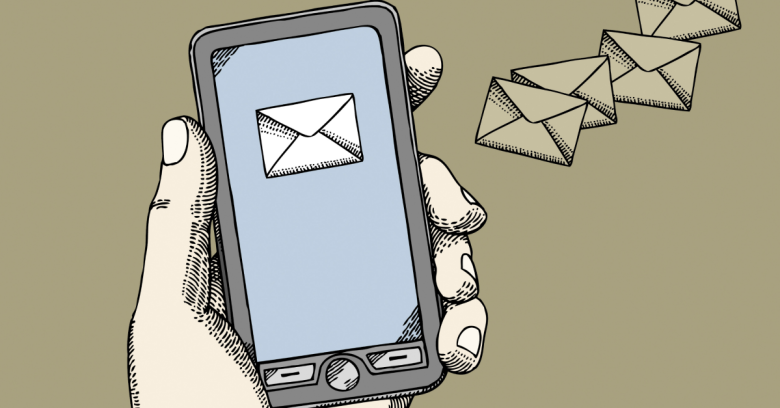 A trio of text message spammers, all busted when the FBI infiltrated and shut down the Darkode cybercrime market, have each pleaded guilty, but they may never see the inside of a prison cell.

Two of the three men have received sentences of probation, while the third has yet to be sentenced.

Text message (or SMS) spam is more than just a nuisance.

Clicking on links in unsolicited text messages can be a dangerous proposition, potentially leading to websites that might deliver you malware.

Other times, spammers are looking to make money by getting you to click to an affiliate marketing website, which pays the spammers on a per-page-view or per-click basis.

To make their money, the spammers will do whatever they can to get you to click, using tactics like friendly messages (“Hi, mate!“) or phony offers for gift cards or prizes from popular brands like Apple.

This is known as a “bait and switch,” because it uses a tempting offer to persuade you to click (the bait) but delivers nothing like what you were promised (the switch).

That’s exactly what the busted trio of text message spammers were doing when they sent SMSes offering “Best Buy gift cards” to earn cash as part of a pay-per-click scam.

For a scheme like this to make the scammers any significant cash, they need to blast out as much spam as possible, which is why spammers conscript armies of bots to send millions of spam messages.

💡 LEARN MORE: How spambots work and why you should care ►

According to prosecutors and the FBI, Naveed Ahmed, of Tampa, Florida – and his co-conspirators Dewayne Watts, of Hernando, Florida, and Phillip Fleitz, of Indianapolis, Indiana – developed an elaborate scheme to send their spam.

The trio used “bulletproof” servers in China to infect computers with spambots via vulnerable routers, mostly in third-world countries, which would send spam emails converted to text messages.

Ahmed – called the “most technically adept” of the three by prosecutors – wrote a program that helped match cellphone numbers with their carriers.

Watts wrote the text messages that acted as bait, and Fleitz operated the servers.

It probably doesn’t seem worth it now, after the spammers have all pleaded guilty to violations of the CAN-SPAM anti-spam law, which could have potentially landed them in prison for up to five years.

However, plea agreements have allowed two of the three men to escape jail time in favor of probation.

The 27-year-old Ahmed, who defense attorneys described as an intelligent but misguided individual who fully cooperated with authorities, was sentenced on Thursday (28 January) to two years probation.

A former grad student at the University of Florida and system administrator who lost his job after his arrest, Ahmed will be allowed to use computers monitored by federal probation officers.

His co-conspirator Watts received a similar sentence, but must spend the first six months of his probation under house arrest, while Fleitz is scheduled to be sentenced today (1 February).

Although the men live in Florida and Indiana, all three were prosecuted in the Western District of Pennsylvania, where several other cybercrooks busted in the Darkode takedown have also been prosecuted.