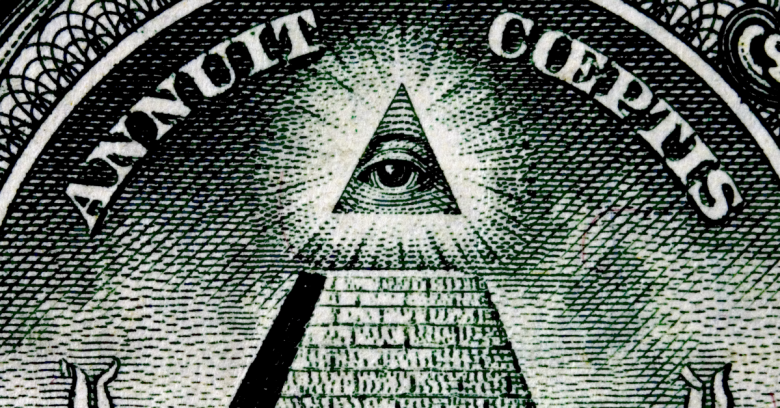 The US presidential election season is in full swing – the first voting of the long campaign took place Monday (1 February) in Iowa.

Cybersecurity and privacy haven’t grabbed a whole lot of attention so far, and average voters seem to know little about these important issues.

If you listen closely, however, the candidates are debating topics like encryption backdoors, surveillance and the NSA.

Do the candidates understand the technology? Do they recognize the potential consequences of their policy decisions? And are the wishes and interests of the people fairly represented by the parties and candidates?

Let’s have a look at what the presidential candidates are saying.

Ted Cruz, the Texas senator who took first place in the Republican caucus in Iowa, is known as a staunch conservative opposed to “big government.”

Cruz’s stance on government surveillance is pretty consistent with those views.

Shortly after the mass shooting in San Bernardino, California, by self-proclaimed supporters of the Islamic State, Cruz opposed many politicians in his own party who were calling for expanded government surveillance powers.

When the focus of law enforcement and national security is on ordinary citizens rather than targeting the bad guy, we miss the bad guys while violating the constitutional rights of American citizens.

In the aftermath of the Paris and San Bernardino terrorist attacks, Donald Trump proposed banning Muslims from entering the United States, and suggested that protecting America from terrorist attacks would require more surveillance of Muslims and “people that have to be tracked.”

Trump said many Americans “would be willing to give up some privacy in order to have more safety.”

He also called for “closing that internet up” to keep terrorist groups like Islamic State from using “our internet.”

Florida Senator Marco Rubio has been a supporter of NSA surveillance powers such as the possibly illegal bulk metadata collection that was supposedly authorized under the Patriot Act.

Rubio voted against the law that was enacted to replace the Patriot Act, known as the USA Freedom Act, saying it impedes the ability of intelligence agencies to prevent terrorism:

The USA Freedom Act signed into law earlier this year left our intelligence community with fewer tools to protect the American people and needlessly created more vulnerabilities and gaps in information gathering used to prevent terrorist attacks at home and abroad.

Kentucky Senator Rand Paul has long opposed NSA surveillance, and used the rare tactic of an hours-long Senate filibuster to delay voting on a renewal of the Patriot Act until after it has expired.

Paul said the Patriot Act was “the most unpatriotic of acts”:

There comes a time in the history of nations when fear and complacency allow power to accumulate and liberty and privacy to suffer. That time is now, and I will not let the Patriot Act, the most unpatriotic of acts, go unchallenged.

At one of the Republican debates last August, Paul clashed with Governor Chris Christie over NSA powers, with Christie claiming that the government needs “more tools” for fighting terrorism, and Paul arguing that the US Constitution requires a warrant for collecting data from Americans.

Former Florida Governor Jeb Bush is one of the few candidates to propose a set of cybersecurity policies, but he has criticized the Obama administration for its failure to prevent state-sponsored cyberattacks against key agencies and the breach of millions of federal workers’ personal information.

Although he hasn’t explicitly said technology companies should provide backdoors in their encryption products, Bush said encryption makes it “harder for the American government to do its job,” which he said is to “make sure that evildoers aren’t in our midst.”

Ben Carson, a retired neurosurgeon who, like Trump, has never held elected office, proposed that the federal government should work with “encryption specialists” to help the government gain access to encrypted data and communications.

Although special access for intelligence agencies could technically be called a backdoor, Carson says he does not want to “ban encryption.”

Former Secretary of State Hillary Clinton has stayed mostly quiet about NSA surveillance, but as a Senator she voted for the Patriot Act when it was initially passed in 2001, and in favor of its renewal in 2006.

Clinton has taken a hard line on NSA leaker Edward Snowden, saying he should be “brought home” to “[face] the music.”

In a recent Democratic debate, Clinton was vague in her response to a question about encryption, but praised the Obama administration for meeting with Silicon Valley executives to discuss ways technology companies can help fight terrorism.

Sanders voted against the Patriot Act in 2001 and 2006, and also opposed the USA Freedom Act for not having enough privacy protections.

It’s not just government surveillance that Sanders opposes – he has also voiced concerns about the amount of data collected by private companies:

You would all be amazed, or maybe not, about the amount of information private companies and the government has in terms of the websites that you access, the products that you buy, where you are this very moment.

Republicans and Democrats have a wide range of views on surveillance and privacy issues, but some of the strongest pro-privacy candidates don’t have the backing of the major parties.

Former New Mexico Governor Gary Johnson, running as a Libertarian, says on his campaign website that the American founding fathers would be “disgusted” by the government “spying on citizens’ private communications.”

Two other candidates have a background that suggests they would be strong supporters of privacy rights: John McAfee and Lawrence Lessig.

McAfee, the antivirus pioneer, is running under the banner of the “Cyber Party,” and his campaign slogan is “Privacy, Freedom and Technology.”

Meanwhile, Lessig, a free software activist who helped found Creative Commons and was a board member of the Electronic Frontier Foundation and the Free Software Foundation, is running as a Democrat.

But Lessig has never been invited to the Democratic debates despite, he says, being qualified until the Democratic Party changed its rules for debate participation.

Image of one dollar bill courtesy of Shutterstock.com.

8 comments on “Where do US presidential candidates stand on privacy and surveillance?”