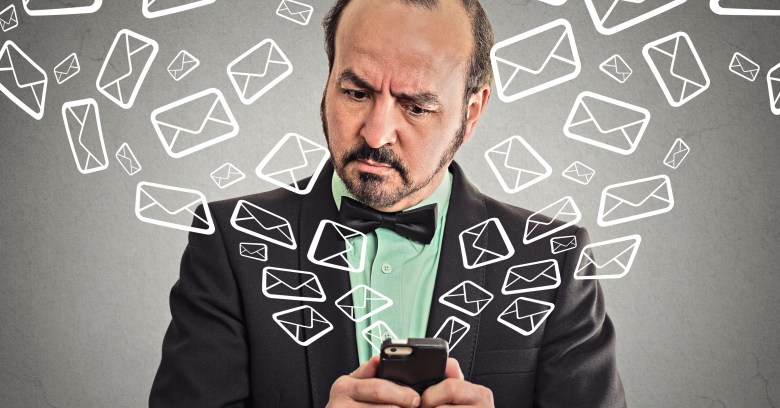 Were you irked when a pair of text message spammers pleaded guilty but got off with probation?

Rest assured: justice has come down a lot harder on the architect behind the scheme.

On Monday, Phillip Fleitz, 31, of the US city of Indianapolis, Indiana, was sentenced to 27 months in federal prison by a federal judge in Pennsylvania, according to the Associated Press.

Fleitz was one of a dozen US residents who were busted when the FBI infiltrated and shut down the notorious Darkode.com cybercrime market in July.

According to the FBI, 70 people in the US and 19 other countries were targeted in that raid.

Fleitz, along with co-conspirators Naveed Ahmed, of Tampa, Florida, and Dewayne Watts, of Hernando, Florida, were running a bait and switch scheme to get people to click.

They were sending text messages offering “Best Buy gift cards” to earn cash as part of a pay-per-click scam.

As we noted when Fleitz’s accomplices were given probation, for a scheme like this to make the scammers any significant cash, they need to blast out as much spam as possible, which is why spammers conscript armies of bots to send millions of spam messages.

And that’s exactly what the recently sentenced trio did: they sent millions of spam text messages after developing what prosecutors and the FBI described as an elaborate scheme. The spammers used used “bulletproof” servers in China to infect computers with spambots via vulnerable routers, mostly in third-world countries, which would send spam emails converted to text messages.

Ahmed – called the “most technically adept” of the three by prosecutors – wrote a program that helped match cellphone numbers with their carriers.

Watts’ two-year probation includes being confined to his home for six months. He was the one who wrote the “bait” text messages meant to get message recipients to click.

Fleitz’s attorney argued that his client should get a similar sentence – probation – but the judge agreed with US attorney Jimmy Kitchen, saying that Fleitz was the mastermind, and he talked the other two into the scheme:

Fleitz was the architect. It was his idea. He was the first to do it.

Fleitz apologized in court. According to the AP, he said that the rules and regulations governing marketing are among the things that “make this country great” and that he should have followed them:

I was stupid for not doing so.

He was handcuffed and began to serve his sentence immediately on Monday.

6 comments on “Mass spammer gets 27 months in the slammer”